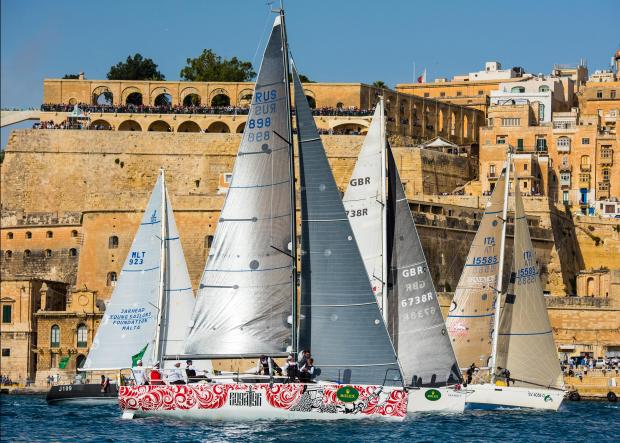 Bogatyr has been declared the overall winner of the 38th Rolex Middle Sea Race.

25th October, 2017– Igor Rytov’s Russian-crewed JPK 1080 Bogatyr has been declared the overall winner of the 38th Rolex Middle Sea Race. While a number of yachts are still racing, none has the possibility of beating Bogatyr’s corrected time. Bogatyr is believed to be the first Russian yacht to win one of the classic 600-mile offshore races.

Rytov is an accomplished sailor, but is a recent convert to offshore yacht racing. He campaigns a Melges 20 with great success on the international circuit and a number of his Melges crew were with him on this race.

“I sailed as a young boy in Moscow, but only started racing again four years ago,” advises Rytov. “This is the second time we have competed in the Rolex Middle Sea Race and we have also competed in the last two Rolex Fastnet Races. We try to sail the boat as fast and as hard as we can, pushing all the time. We knew we had a chance when we started the last leg of the race, and that gave us the energy for the final night.”

Rytov and his crew will be presented with a Rolex timepiece and the Rolex Middle Sea Race Trophy at the final prize giving at the Mediterranean Conference Centre (former Sacra Infermeria of the Order of St John) on Saturday, 28th October, 2017