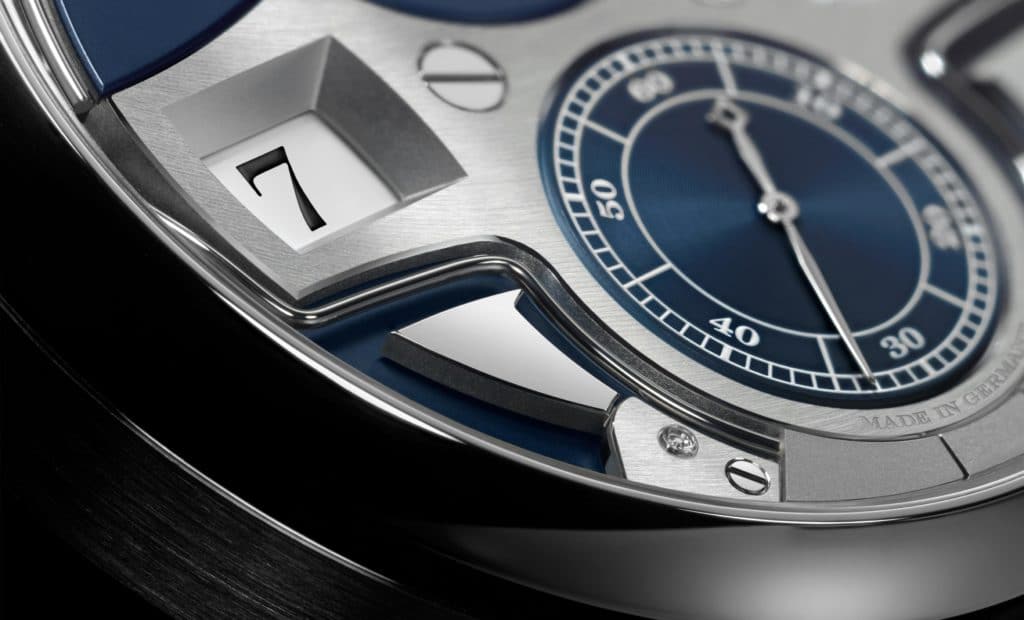 Since 2011, A. Lange & Söhne has presented three ZEITWERK models with striking mechanisms, each with its own sound concept. Alongside many other factors, the case material used plays an important role in influencing the characteristics of the sound. The spectrum ranges from platinum to white and pink gold, as well as honey gold, which is exclusive to Lange. Using the ZEITWERK MINUTE REPEATER – which has been available in platinum since 2015 and is now available in white gold – as a reference, Anthony de Haas, director of product development at A. Lange & Söhne, explains some differences and draws parallels with the world of music. After all, as a drummer he has personal relationship with sound.

It started with the ZEITWERK STRIKING TIME. In 2011, it was the first Lange watch of the new era with a striking mechanism. Since then, two more watches have been added to the ZEITWERK family: the ZEITWERK MINUTE REPEATER in platinum (2015) and white gold (2020) and the ZEITWERK DECIMAL STRIKE, introduced in 2018. All three timepieces are equipped with a visible striking mechanism on the dial side. The sound concepts behind them differ in interesting details.

The ZEITWERK STRIKING TIME chimes on the hour and the quarter hours with two differently tuned individual tones – a deeper tone for the hours, a higher one for the quarter-hour intervals. The acoustic time indication of the ZEITWERK DECIMAL STRIKE works according to the same principle, although its striking mechanism chimes every ten minutes. The left-hand hammer strikes the low-tuned gong once on the hour. The right-hand hammer strikes every ten minutes, producing a higher tone at the start of a new ten-minute interval.

In the ZEITWERK MINUTE REPEATER, the wearer can set the watch as desired to chime on the hour, at ten-minute intervals and every minute at the touch of a button. The acoustic time indication corresponds to the digital display: a deep tone for each complete hour, a double tone at the end of the ten-minute intervals and a high tone for the remaining minutes. The time shown in the image, 7.52 a.m., would therefore be represented by seven deep tones, five double tones and two high tones.

The ZEITWERK MINUTE REPEATER is available in platinum and white gold. “Each individual hour has a unique sound,” says Anthony de Haas, who has been responsible for product development at A. Lange & Söhne since 2004. “The sound is affected by the gongs and the hammers. Material, shape, size, weight and manufacturing technique are defining factors in both cases. Regarding the hammers, the stroke is also crucial, just as with a piano. And the gongs must be carefully tuned by an experienced watchmaker, just like musical instruments.” 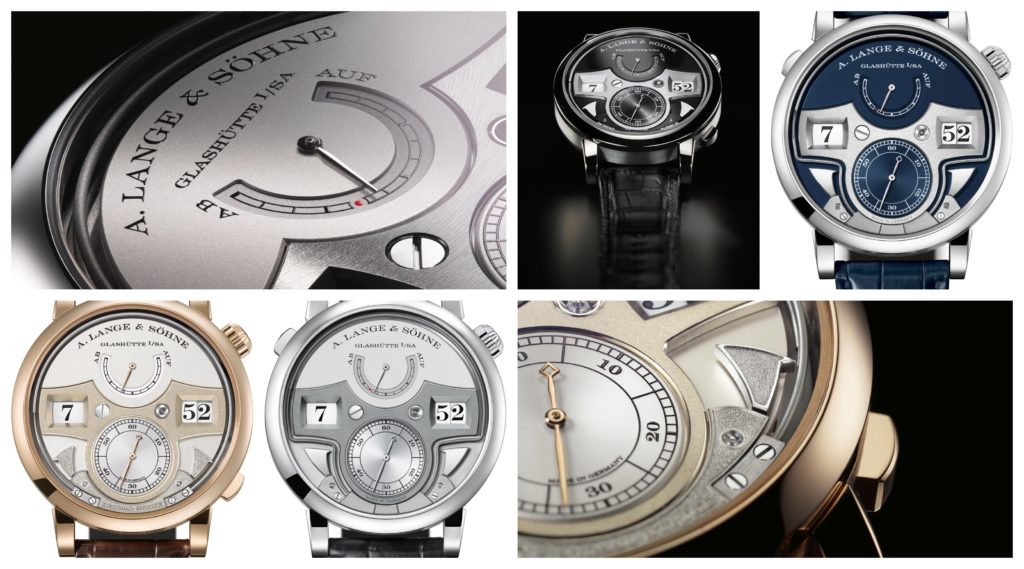 The greatest influence on the sound, however, is actually the case material, according to Anthony de Haas, as it is the largest resonating body. Platinum has a bright, clear and resonant sound. In comparison, white gold sounds fuller, warmer and silkier – altogether louder. “There is no better or worse. As a drummer, I like to compare the striking mechanism of the watch with a snare drum, where the body is usually made of steel, brass or wood. Depending on the material used, different timbres and moods are created. The choice of case material is therefore a matter of personal preference.”

Check out all A. Lange & Söhne pieces in stock on our Edwards Lowell online boutique. CLICK HERE