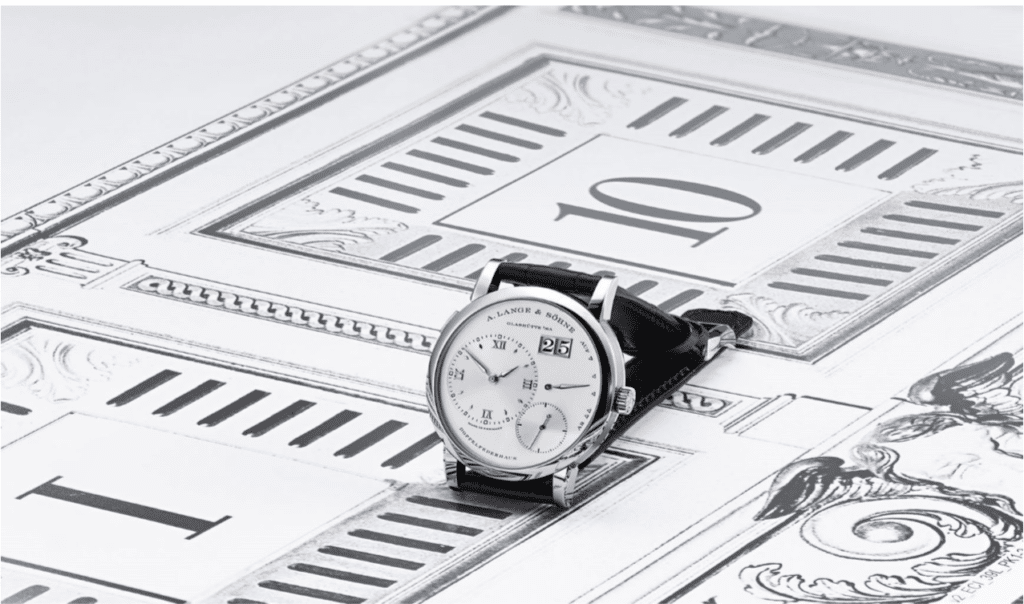 Straightforward, functional, and efficient – these attributes define German design. But the quest for the perfect form is driven mainly by passion. There is no other way to explain the long-lived enthusiasm for visionary designs such as the Barcelona chair, the Braun radio, or the Porsche 911 even decades after they were first conceived. Many of these designs were initially polarising but then stood their ground and eventually became style-defining, just like the LANGE 1.

Since it premiered on 24 October 1994, it has epitomised the core and the identity of A. Lange & Söhne. With its unique combination of classic style elements and technical innovations, it stands for the determination of the Saxon manufactory to craft the world’s finest watches. Until today, the famous watch family created by A. Lange & Söhne remains an unconditional success.

With its asymmetric dial, the three-day movement, and the first outsize date in a regularly produced wristwatch, the LANGE 1 elicited enthusiasm when it had its debut on 24 October 1994. Its stringent design, technical innovations, and superb craftsmanship were convincing and sometimes even evoked euphoria. Later, the instantly recognisable watch joined the roster of the 20th century’s great timepiece classics. That is why, despite its new movement, it has remained almost unchanged externally.

Its popularity turned the LANGE 1 into the cornerstone of a watch family with currently nine models. They come in various case diameters and are manually wound or self-winding. The portfolio has been enriched with additional functions such as a moon-phase display, a second time zone, or as a combination featuring a tourbillon and a perpetual calendar. Special models and limited editions rank among the coveted timepieces that regularly fetch record prices at auctions. 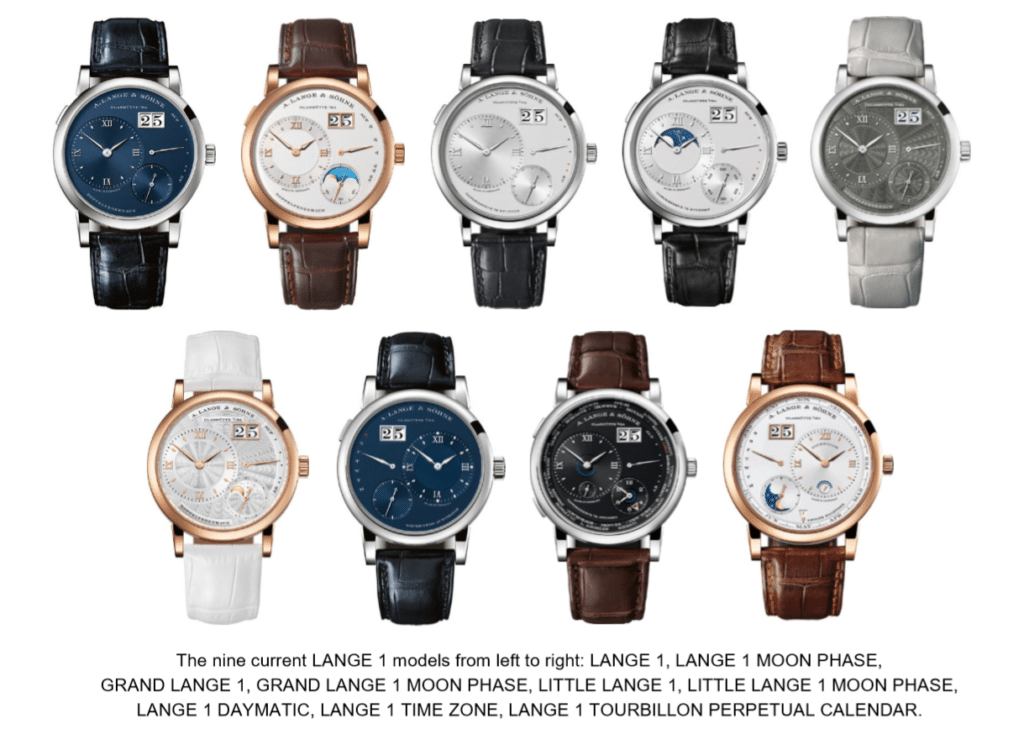 This is how the Lange outsize date works

Compared with other watches of comparable size, the display of the Lange outsize date is about three times larger. The framed double aperture was inspired by the famous five-minute clock in the Dresden Semper Opera House that Ferdinand Adolph Lange helped complete at the time. To achieve the largest possible format of the date in a limited space, the mechanism relies on two separate display elements: The ring-shaped units disc with the numerals 0 to 9 switches forward once a day.

But at the transition from the 31st to the 1st day, it stands still for a day. The cross-shaped tens element with the numerals 1 to 3 and a white blank space advances by one increment only every ten days. When it displays the 3, the tens cross advances to the blank space after just 2 days. This sophisticated problem has been solved with the complex interaction of cams and detents. The adjacent drawing shows the principle in a simplified fashion. The distance between the units disc and the superposed tens cross is merely 0.15 millimetres. For this reason, great dexterity is needed to assemble this refined mechanism. 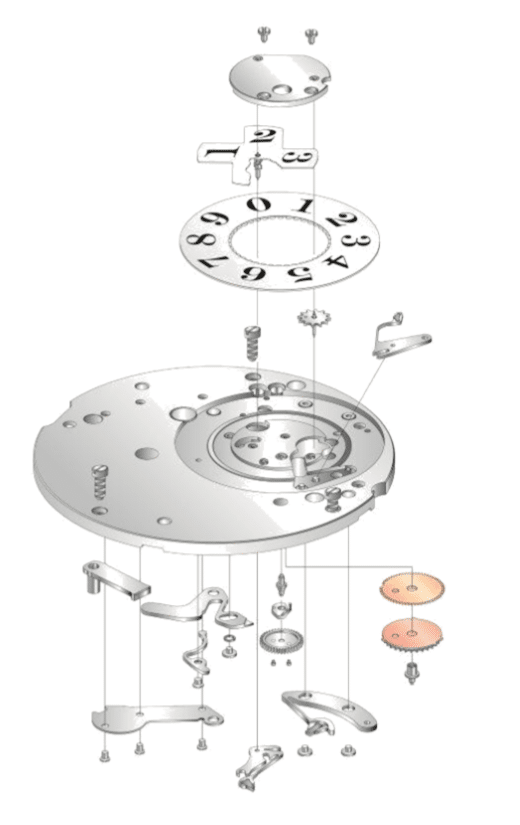 Despite its off-centre layout, the dial of the LANGE 1 has an organised and balanced look. This is because the indications are arranged according to harmonious proportions that reflect classic aesthetic design rules such as the Golden Section and triangular corner points.

In mathematics, the Golden Section is defined as the division of a line such that the whole is to the greater part as that part is to the smaller part. Expressed as a number, this is a ratio of 1 to 1.618. The magic formula inspired scholars of antiquity and of the Renaissance. It is omnipresent in the works of artists such as Leonardo da Vinci or Le Corbusier. The Golden Section can be found in two places of the LANGE 1: The ratio between the diameter of the dial as well as the diameter of the hour and minute circle corresponds to the Golden Section. The same applies to the height and width of the date aperture.

The displays of the outsize date, the power-reserve indicator, and the subsidiary seconds are aligned along a vertical axis on the right-hand side of the dial. If an imaginary line is drawn through their centre points and connected to the axis of the hour and minute circle, the result is an isosceles triangle.

Check out all the Lange 1 models in stock on our online boutique. CLICK HERE