Hublot team up with Floyd Mayweather “The Money Team” 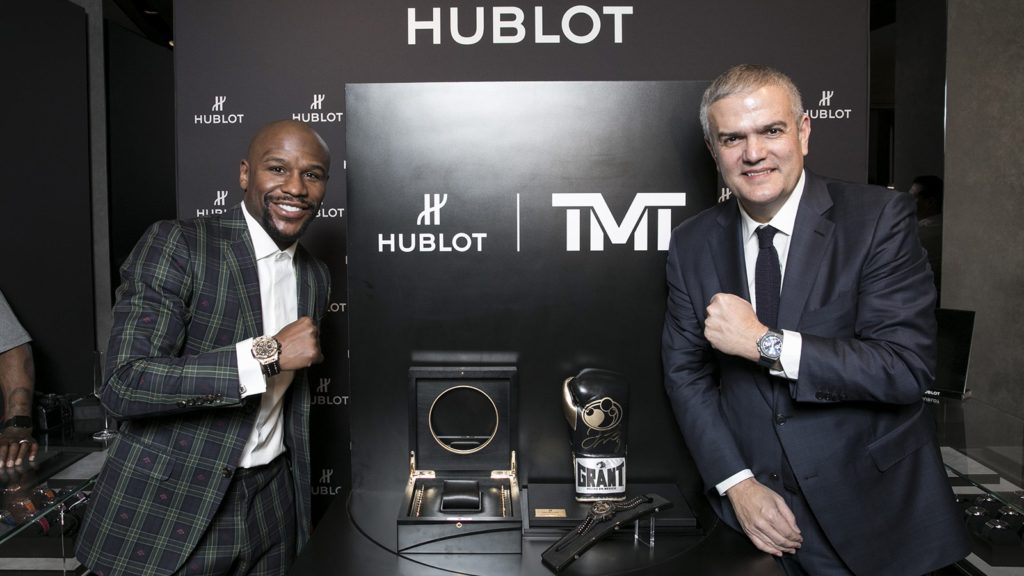 “Everyone knows I’m crazy about mechanical beauties, especially sparkling watches. So I’m truly proud to see the letters TMT x Hublot glittering on top of my watch. This timepiece means a lot to me, it symbolizes my career, my unbeaten 50-0 record and my last fight when I made history!” .
Floyd “Money” Mayweather, Hublot Ambassador
Five-time world champion
Record holder in his discipline with 50 straight wins

“It’s an honour for us to be associated with the Noble Art’s legend of legends. A champion who, in taking his 50th victory, holds the discipline’s record. “The Best Ever”! 50 victories, no defeats, absolute mastery of an art that requires fighting spirit, bravery, self-transcendence, a sense of honour and keen tactical sense. Avoiding punches, and landing precise, clean and powerful ones, without any doubt, round after round, fight after fight. It’s the perseverance that makes all the difference. A champion in our image “first, unique, different!”
Ricardo Guadalupe, CEO of Hublot 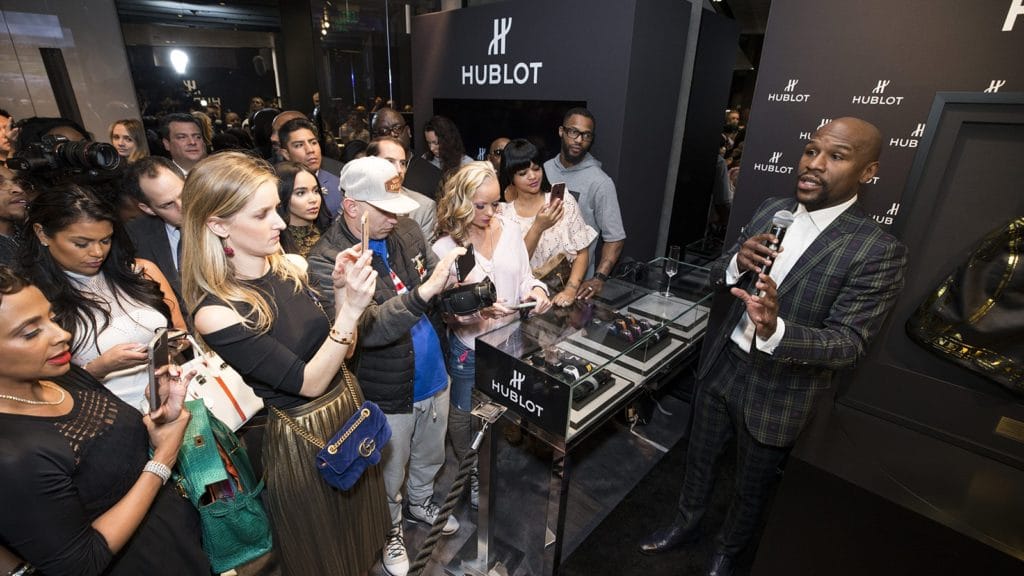 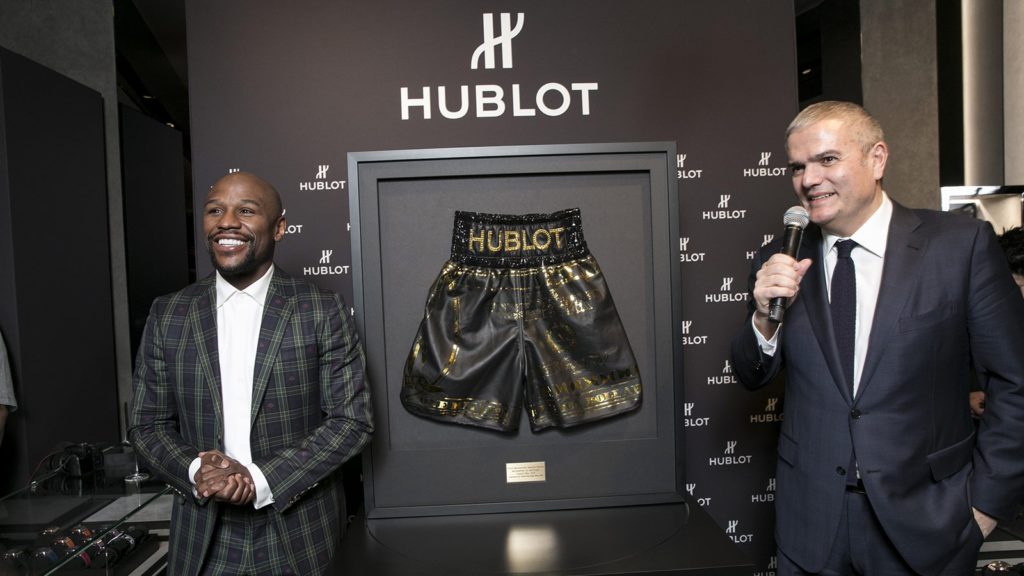 On 26th August 2017, Floyd Mayweather, the superstar of boxing, entered the ring at the T-Mobile Arena in style. His black shorts studded with gold displayed “TBE” and “HUBLOT”, two words expressing a single state of mind and one of absolute victory. A creation designed by Sophie Whittam, Director of Fight Label, the ultimate luxury boxing shorts and clothing brand. The talented designer chose black and gold to symbolise the athlete’s iconic and timeless character. She created an illustration representing Floyd on his own $1 million note. Cut out of gold leaf, the design was applied by hand onto matte-black lambskin. The belt cut out of suede and brilliant black python is embroidered with Swarovski crystals.

Shorts symbolising connections and a record! Mayweather and his achievements

Hublot x Mayweather; the story of this “knockout” partnership began in 2015 at “The Fight of the Century” pitting Floyd against Manny Pacquiao. For the first time, Money sported the name of the brand on his boxing shorts. In 2017, for “The Money Fight” against Conor McGregor, Mayweather wore Hublot on his belt once again. 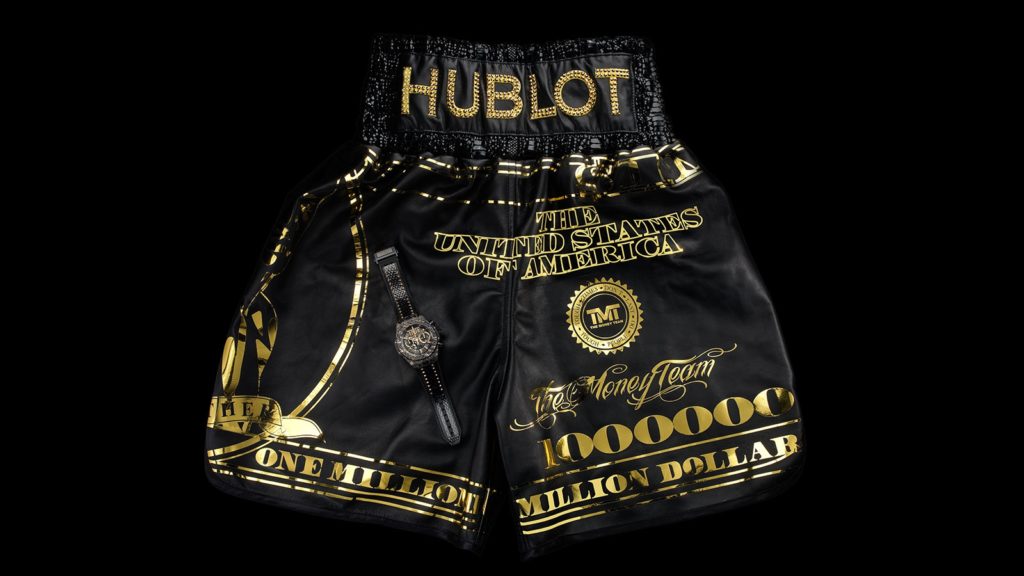 These shorts have become the emblem of the legend of legends, sealing his 50th straight win! Shorts that naturally became the focus of the design of the Big Bang Unico TMT, Hublot have even used the setting where the fight took place to unveil its two limited editions. 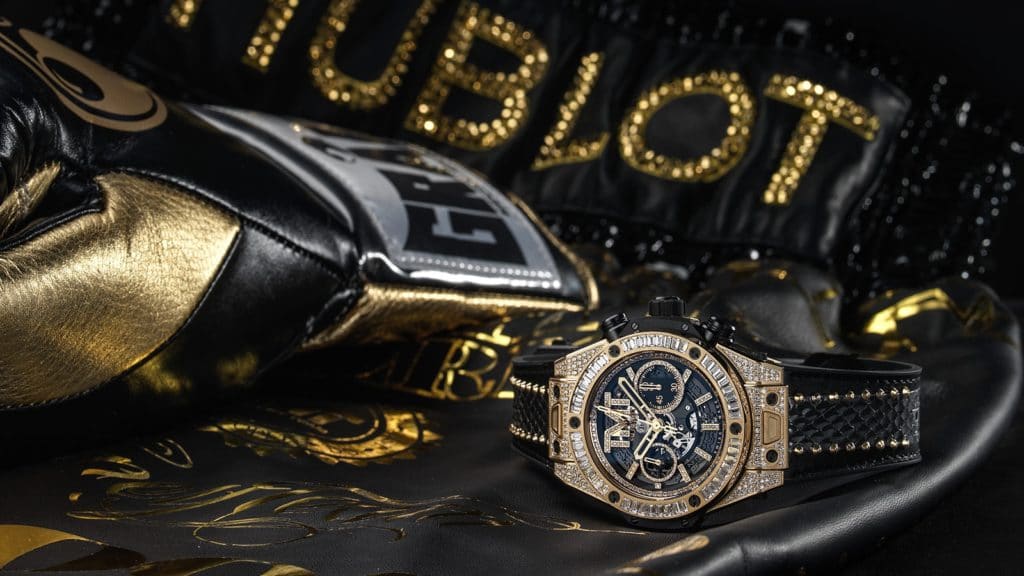 The Big Bang Unico TMT adorns its winning outfit with a strap in black calf leather enhanced with python and gold studs, transposing the codes of the famous shorts worn by Mayweather during his latest fight. The boxing champion’s gold appears in the details of the two watches. For the first time, 3N-gold-incrusted carbon fiber dresses the watch from its case to its bezel. This is a unique composite material; gold powder is manually inserted into the carbon fiber layers before being compressed. At 12 o’clock, the watch proudly displays the 3 letters TMT in appliqué. The sapphire case back bears the champion’s ultimate inscription, 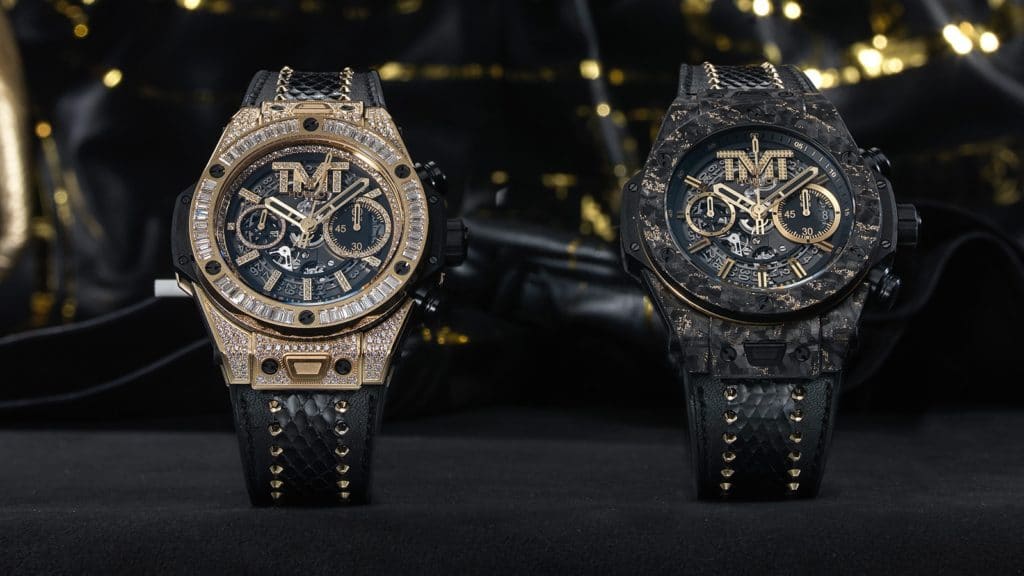 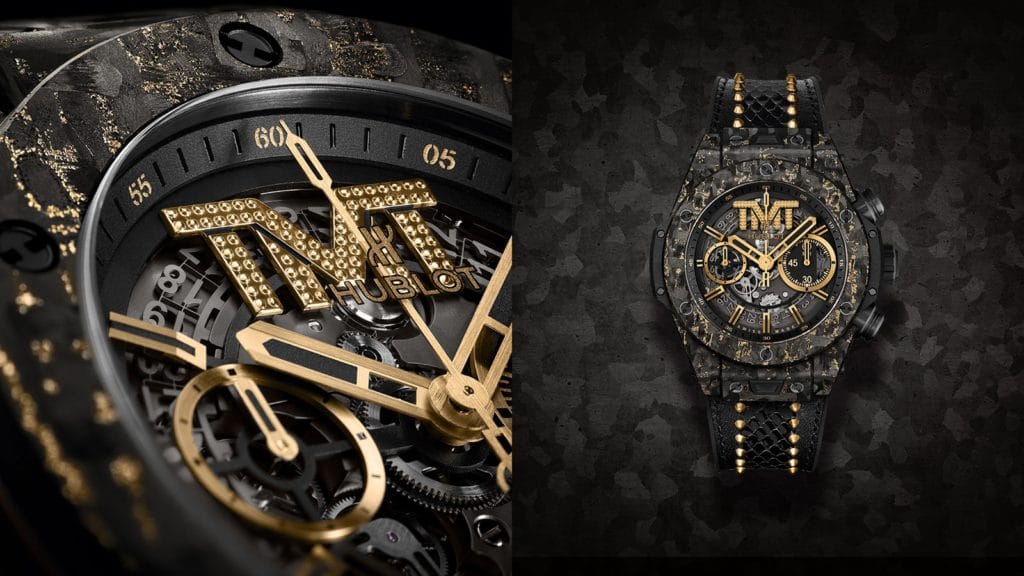