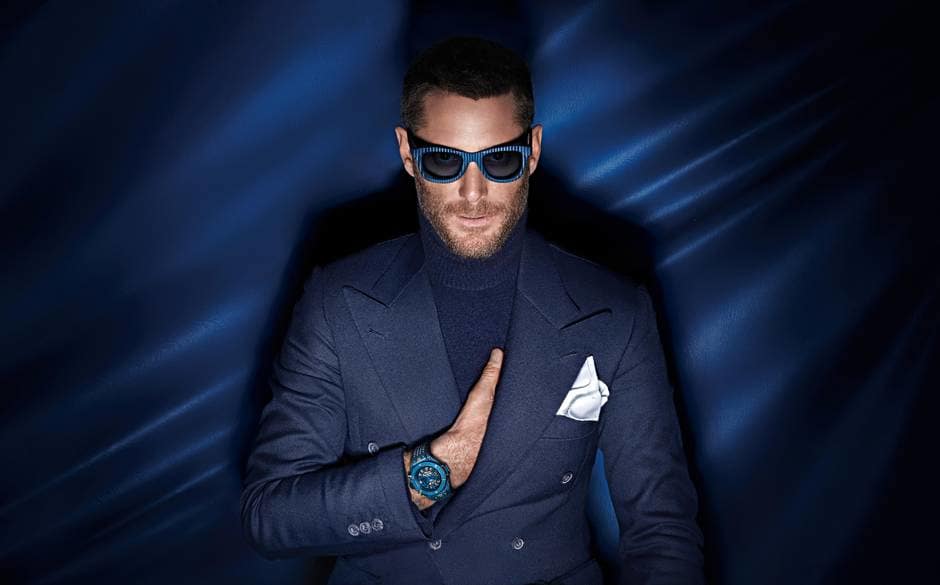 At a glance, Jean-Claude Biver and Lapo Elkann seem very different and yet, when you hear them speak, the fundamentals are the same. They both understand that you need to communicate an emotion to customers. They work in tandem, with faithful friendships.

They have surrounded themselves with the best and have a powerful ability to inspire loyalty in those around them, making people from strikingly different backgrounds work together. They are both very sensitive and creative. They have an ease with words which is frank and spontaneous. They have, in spite of themselves, become popular public figures who are recognized in the street and greeted like friends. 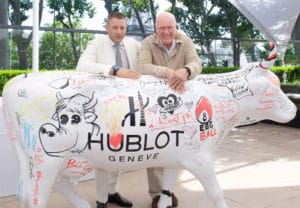 The two houses have come together for much more than one shared project. As if the glasses and watch combination was just a starting point. These two think tanks have given rise to BIG BANG UNICO ITALIA INDEPENDENT and its pair of matching glasses. Both covered in Texalium®, an original material, exclusive to Maison Hublot.

Decoding an essential agreement of styles

When you combine the expertise of a master of materials with the creativity of a master of style, the result is a 45 mm diameter timepiece in Texalium ®, which is bright, shining blue, on a denim bracelet pierced with titanium studs. An interchangeable strap with a “One Click” system.

The watch comes with a perfectly matching pair of sunglasses. Dressed in blue or grey, both in a limited edition of 500, you cannot fault either for style. A high-tech item with an UNICO movement and a smart casual style,BIG BANG UNICO ITALIA INDEPENDENT goes with anything without ever going unnoticed.

As part of its ongoing quest for innovative and creative materials, Hublot has added Texalium to its Art of Fusion portfolio. By combining carbon fiber and aluminum, this composite material can be made in any hue imaginable with a spectacular shine effect. Last but not least, it maintains the primary asset of carbon fiber: its lightness. 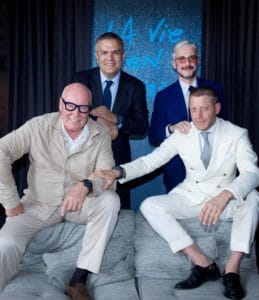 The two men have known each other for more than twenty years and can communicate almost without words. It must be said that this is not the first time they have worked together, and this is not their first triumph. The first calls the second the boss. As partners who complement each other well, they re-launched Hublot in 2005 with the Big Bang model. The time keeper has now been an icon for 10 years. BIG BANG UNICO ITALIA INDEPENDENT is one of the anniversary models.

A creative entrepreneur, designer and style icon, Lapo Elkann, displays his “independent” spirit all the way down to his tattoos. In 2007, he founded Italia Independent with friends dating back more than twenty years, Andrea Tessitore and Giovanni Accongiagioco.

A brand of style and creativity, bespoke luxury without a logo, which claims independence as its hallmark. Lapo Elkann, in sneakers or in a tuxedo, marries trends without any errors in taste, and is frequently named one of the most elegant men in the world.

For more information about Hublot’s UNICO Movement visit the Edwards Lowell’s boutiques in St Julian’s or Valletta or call: +356 2138 4503