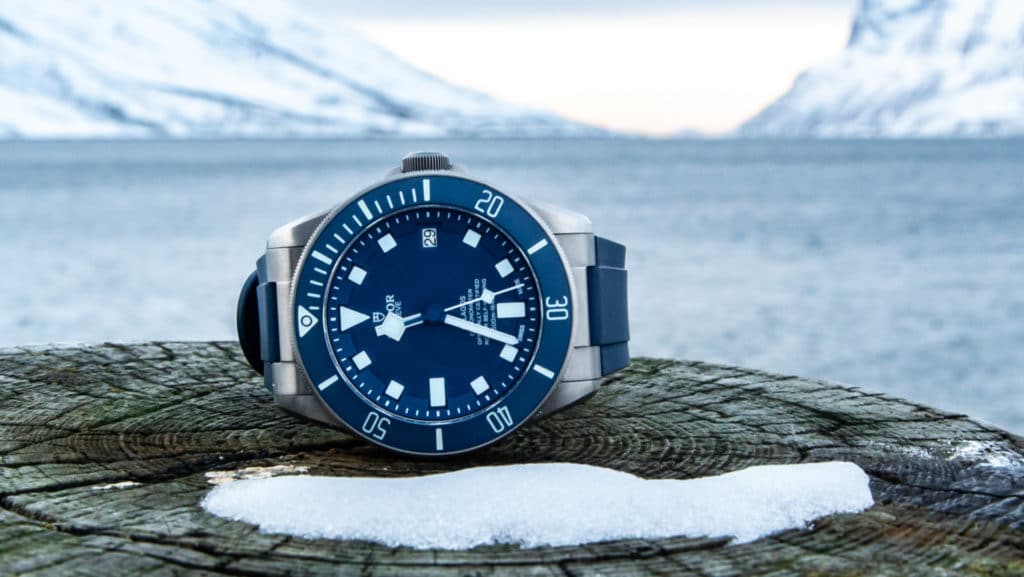 TUDOR joins Morgan Bourc’his in an ambitious new project, a documentary that takes him from the temperate waters of the Mediterranean to the icy fjords of Norway in search of whales.

In The Quest for Nature, a documentary film initiated by underwater Chief of Photography and director Jean-Charles Granjon, world freediving champion and friend of TUDOR, Morgan Bourc’his travels to northern Norway on a quest to reconnect with the wild. Like every hero on a quest, Morgan must leave the “ordinary world” behind before setting off on this adventure. His challenge is to locate, then swim with some of the ocean’s most powerful wild creatures – and some of the best adapted to their environment – in dark, bitterly cold winter seas.

On The Quest for Nature for the perfect meeting with orcas and whales, he goes in search of those for whom these animals are part of their daily lives. Spildra, a mysterious island steeped in history and legend, lies at the heart of all his encounters. On Spildra, Morgan meets an authentic character who knows remote fjords like the back of his hand; a “gatekeeper” who will introduce him to the people and animals that are vital to his mission. Audun Rikardsen, a former whaler, is one of them. Now a marine biologist, he has become an expert in his field. He helps Morgan to understand the importance of fully accepting your cultural heritage in order to transform it and use it to the benefit of living creatures. He also understands the subtle ties that connect us to marine mammals, ones that could turn any of us into a participant either in their demise or in the regeneration of their population.

The history of TUDOR is scattered with adventurers who have gone beyond their own limitations and those of humanity: from the vision of Hans Wilsdorf, the brand’s founder and an innovator of early wristwatches, to the determination of the explorers of Greenland’s icy terrain in the 1950s and the bravery of professional divers who explore the five oceans. Today, Morgan Bourc’his embodies this pioneering spirit and, The Quest for Nature, is helping to continue this tradition. A friend of TUDOR and an accomplished athlete with multiple world championship titles, here he reinvents himself as an observer of the natural world and documentary maker in one of the most hostile environments imaginable for a diver, in contact with some of the biggest creatures on the planet.

“Before I began this project I had no experience of lengthy filming schedules. I only knew about reports and adverts. But the subject matter was one I felt very sure about. Setting off for a month to explore our relationship with untouched nature alongside the great whales of northern Europe, understanding the relationship the people of that region have with them, their stories and representations, was something I was immediately attracted to. The weeks of location scouting and the week of filming were an ambitious and fascinating challenge.

Aside from my current status as a freediver and world-class competitor, to me the sea is a fascinating environment that I spend time with every day. To me, its presence is vital and immersing myself in it is a necessity. I have never had the opportunity to spend time with the great marine creatures that populate our planet; they are here, but they hide far out at sea, and they are no longer as abundant as they once were. I want to meet them. In Norway, in the fjords of the North, they are part of the daily lives of coastal communities.

Our first stay, in January 2019, was difficult for me. I arrived weakened by illness and with my private life in disarray. We didn’t have a local expert on site. We had to manage on our own and get by in an environment that was unknown to me. The weather conditions were harsh and my equipment was not suitable. Our trips out to sea were therefore led by a tour company. Everything went well but the dives were short and we had very few interactions with the animals. But we did have some wonderful experiences and the trip was essential to the structure of the film.

In November 2019, six of us set off for the small island of Spildra. It was an extraordinary team setting off on an extraordinary adventure. We got along brilliantly. Our local contact was Roy Isaksen, a secondary character who is very important to the documentary. He ferried us about everywhere, and was also our host. He is an exceptional man without whom the film would never have been made. Spending time with him each day was a delight. And our time on that isolated island with a population of about fifteen was a privilege, an experience in which time seemed to stand still. The weather conditions were much less harsh and we were free to completely master our time at sea within that impressive complex of fjords. This time our contact with the animals was real, although they did play hard to get for a few days. Our interactions with them were powerful; we were caught up in their hunting sessions and spent many long hours by their side. Experiencing their world, their vastness, their strength, their curiosity, the environment in which they thrive.

Going to meet them was a challenge for me. Although the sea is essential to me, I was brought up to believe that it is sinister, filled with mysterious and sometimes even dangerous creatures like in the film Jaws. I had to face certain fears. But my concerns were more related to that vast expanse. I was able to ease my mind through repeated dives alongside those super predators, sometimes at night. I never felt threatened in any way. 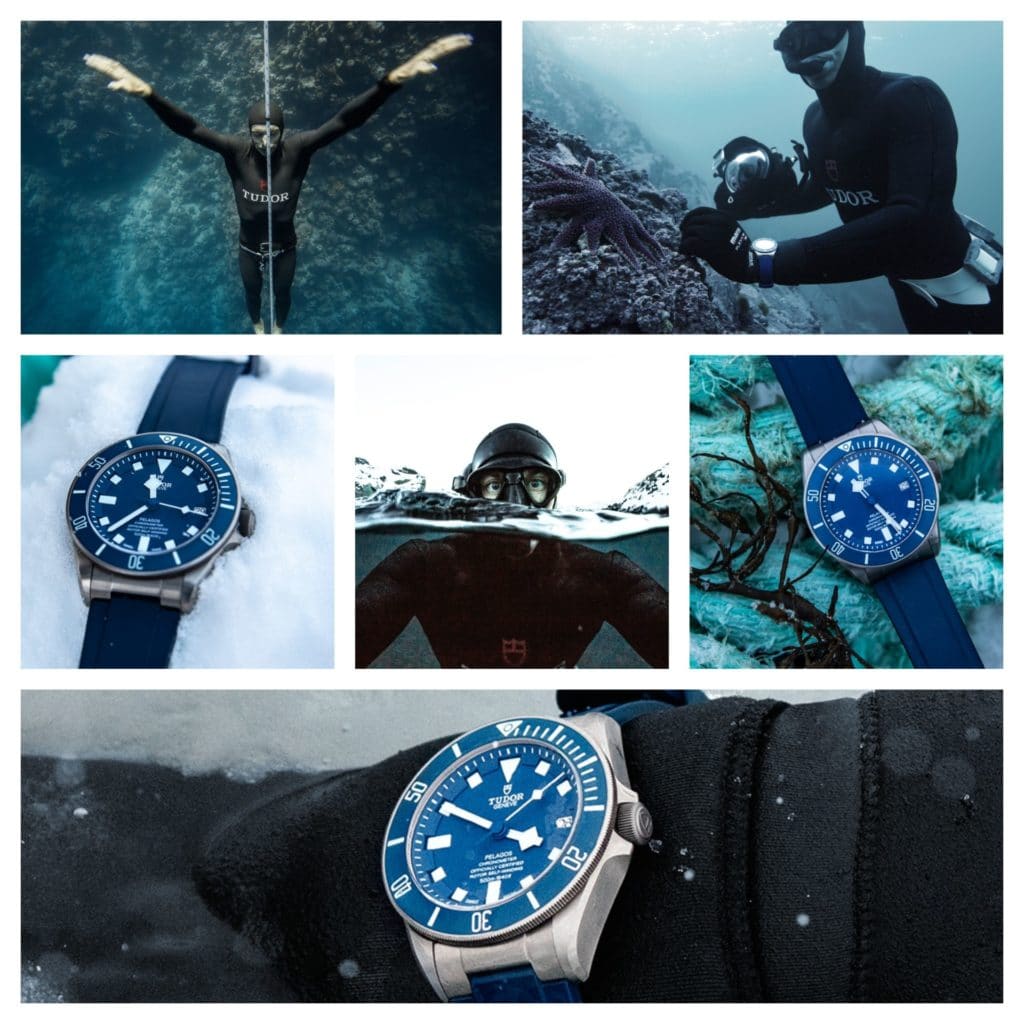 We also witnessed fishing in all of its forms, particularly industrial herring fishing. Although the resource is managed in a sustainable way, Norway’s herring fishing industry is substantial and impressive; it starkly highlights the pressure that humans can place on their natural surroundings.

On this trip, we were able to gather a wealth of insights into the relationship between humans and untamed nature: two fishermen, one old one young; a team in charge of monitoring fish populations; a scientist who is the son of whale hunters; a neo-shaman; an anthropologist; as well as enthusiastic tourists who had come, like us, to meet the great whales.

Spending time in a remote environment, yet one that offers all modern comforts, nevertheless forced us to examine our relationship with time and human civilisation. We were in a land of Western culture, yet in some very remote locations. Every logistical element of life there had to be planned in advance, be it supplies, transport, or energy. But none of that was difficult. There’s just a slightly different relationship with time. The ultra-urban environment in which I live is more disconnected from the environment, and it’s more tamed and organised where we are. It’s no longer truly wild or free.

In short, to me, The Quest for Nature is a human and technical adventure in collaboration with nature and subject to nature’s desires.”

Check out the Tudor Pelagos linked with the The Quest for Nature on our online boutique. CLICK HERE

The Quest for Nature & ABOUT MORGAN BOURC’HIS

Morgan Bourc’his was born in Touraine in central France in 1978. From an early age he excelled at swimming and at the age of 22 he heeded the call of the sea, choosing to settle in Marseille in order to devote his time to freediving. As part of the French national team he became world CNF champion in 2008 and 2013, where he dived to a depth of 89 metres without fins or assistance, beating the French record. He then improved on this in 2017 with a depth of 90 metres and, more recently, 91 metres.

TUDOR is an award-winning Swiss watch brand, offering watches with refined aesthetics, proven reliability and unique value for money. The origins of TUDOR date back to 1926, when “The Tudor” was first registered as a brand on behalf of the founder of Rolex, Hans Wilsdorf. He created the Montres TUDOR SA Company in 1946 to offer watches with the quality and dependability of a Rolex, at a more affordable price point. Because of their robustness and affordability, throughout their history TUDOR watches have been chosen by the boldest adventurers on land, underwater and on ice. Today, the TUDOR collection includes emblematic models such as Black Bay, Pelagos or 1926. Since 2015, TUDOR has also offered mechanical manufacture movements with multiple functions and superior performance.