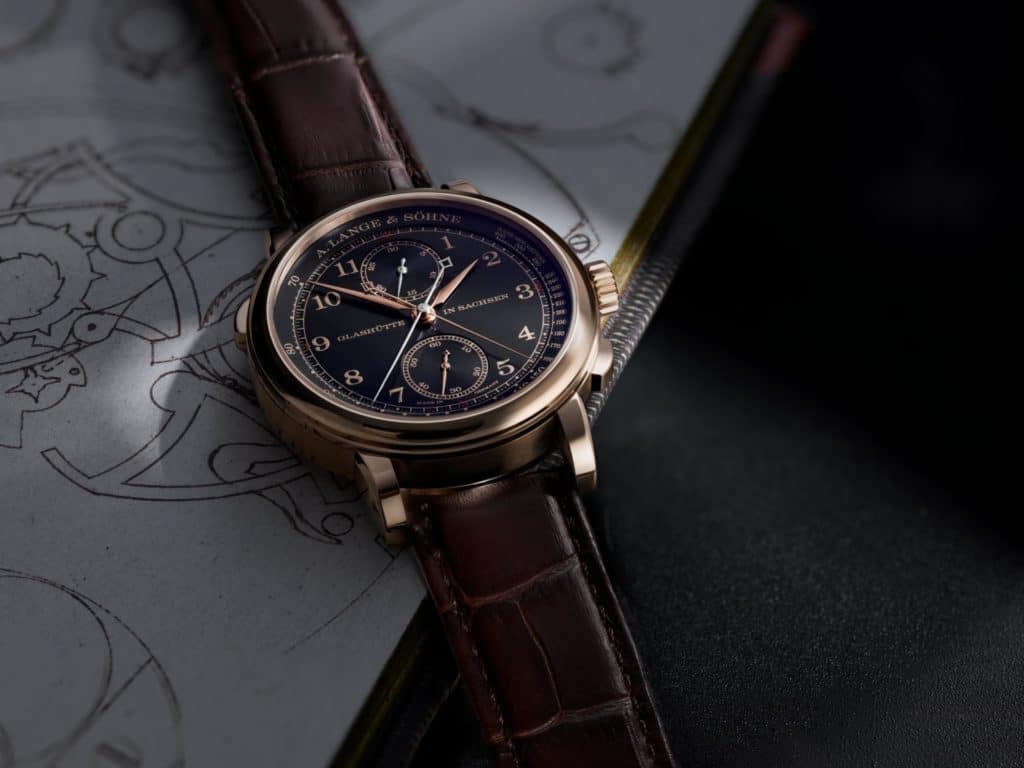 The newly developed Lange 1815 RATTRAPANTE HONEYGOLD “Homage to F. A. Lange” is one of three models of an exceptional anniversary collection. Limited to 100 watches and exclusively available in A. Lange & Söhne boutiques, the rattrapante chronograph puts the focus on the eponymous complication. It features a case in honey gold, a black dial, and special movement finissage. 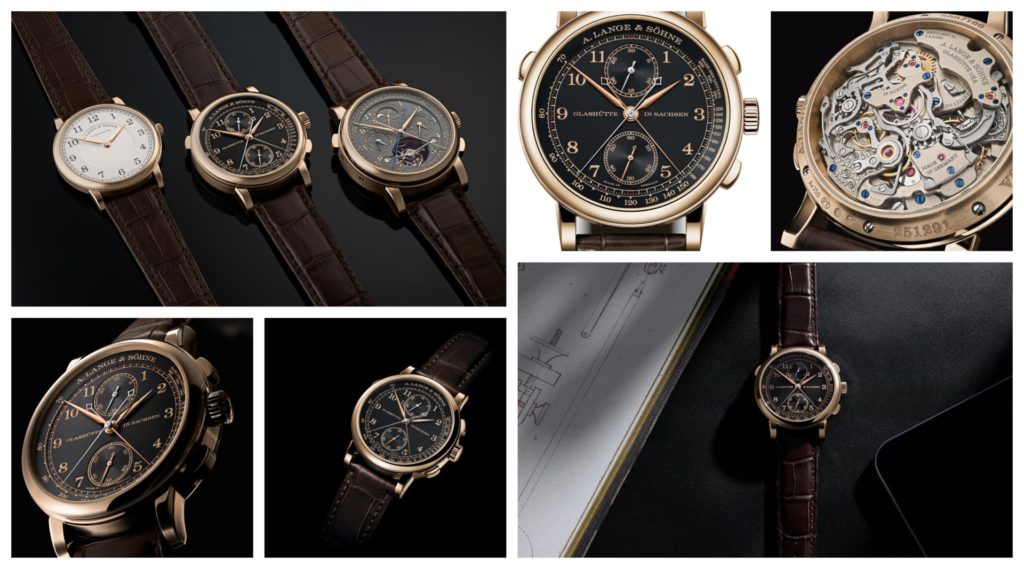 With the incorporation of his first pocket watch workshop on 7 December 1845, Ferdinand Adolph Lange launched a unique success story. For more than four generations, the watchmakers of the Lange family defined Saxon precision watchmaking – from modest beginnings and the first high points in the 19th century to the revival by Walter Lange, Ferdinand Adolph Lange’s great-grandson, after Germany was reunified.

To celebrate the 175th anniversary, A. Lange & Söhne has introduced a special set of three limited-edition models of the 1815 watch family in honey-gold cases – the 1815 RATTRAPANTE HONEYGOLD, the 1815 THIN HONEYGOLD and the TOURBOGRAPH PERPETUAL HONEYGOLD. All three models belong to the 1815 watch family that refers to Ferdinand Adolph Lange’s birth year in its name. In his honour, the anniversary collection is tagged with the epithet “Homage to F. A. Lange”.

The honey-gold case of the 1815 RATTRAPANTE HONEYGOLD “Homage to F. A. Lange” has a diameter of 41.2 millimetres. The rare case material developed explicitly for A. Lange & Söhne is characterised by exceptional hardness and a warm sheen. For the first time, it has now been combined with a black dial in solid silver that highlights its modern, captivating looks.

The complex chronograph/rattrapante mechanism is located on the movement side of the new L101.2 manually wound calibre. The control of elapsed or lap-time measurements is handled highly precisely in the classic manner with two column wheels. Like the rattrapante clamp that blocks the rattrapante hand in the lap-time display mode, it is visible through the sapphirecrystal caseback. This allows the precise switching processes to be observed in detail. When fully wound, the mainspring barrel delivers a power reserve of 58 hours. In connection with the screw balance, also manufactured in-house, the freely oscillating Lange balance spring guarantees excellent rate accuracy at a frequency of 21,600 semi-oscillations per hour (3 hertz).

The artisanal finish of the manually assembled 365-part movement is inspired by the benchmarks developed by Ferdinand Adolph Lange to make his calibres inimitable. The raised German-silver frame parts are endowed with granular surfaces that are reminiscent of his historic pocket watches in the 1A quality category. Among other features, they had gold poising screws, screwed gold chatons to secure the bearing jewels and a hand-engraved balance cock. Today, these traditional quality hallmarks can again be found in many A. Lange & Söhne timepieces.

All upper sides of the moving parts of the rattrapante chronograph, such as levers, springs, and jumpers, are decorated with straight graining while the chamfers are polished. Chamfer polishing of acute interior angles presents a particular challenge. It is a clear indication of the immense manual work involved in such movements. The required degree of perfection is achievable only by experienced finishers with sharp special tools. Great caution is needed during the assembly of the granular frame parts since the sensitive surfaces do not tolerate even the most minute scratches.

All of the fine lines of the free-hand engravings on the balance cock and the chronograph bridge as well as the inscriptions on the bridges are black-rhodiumed. The dark hue of the galvanically applied coating adds plasticity to the engravings. The contemporary evolution of traditional finissage techniques reflects the manufactory’s ambition to never stand still.