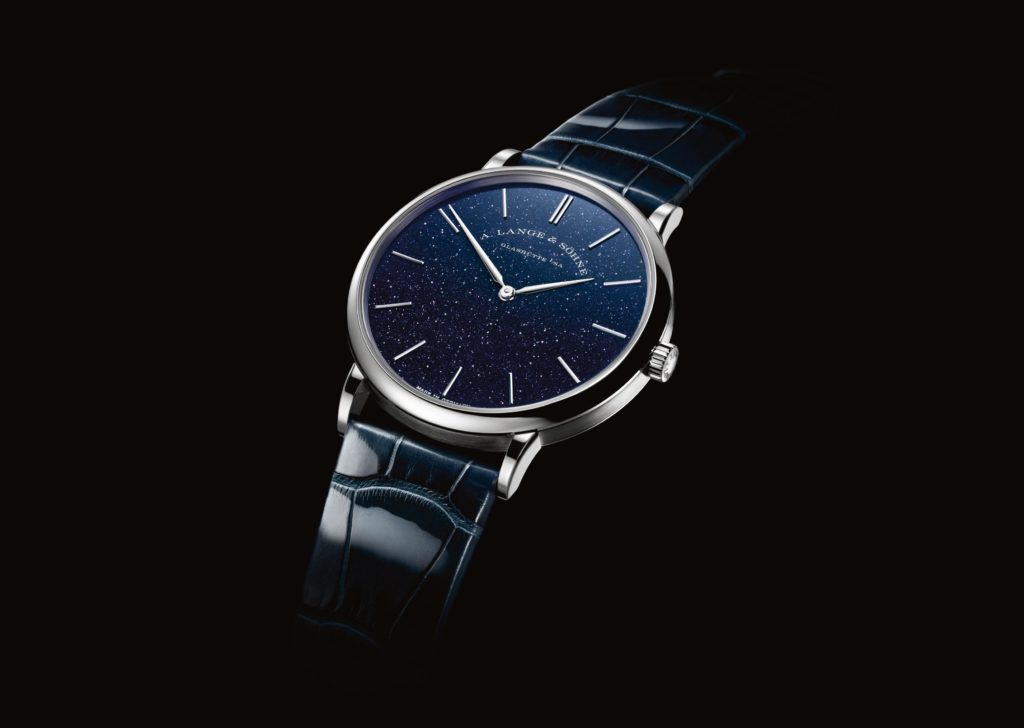 The playful reflections on the copper-blue dial of the SAXONIA THIN are reminiscent of the starry night sky and aesthetically refer to a fascinating phenomenon that awaits us in the coming weeks: the annual meteor shower whereby the Perseid shooting stars magically light up the summer nights.

Those wanting to make a few wishes while gazing up at the shooting stars can get ready to put together a long list over the coming weeks. This is because between 17 July and 24 August 2020 the sky will put on a spectacular light show: the Perseid meteor shower will illuminate the night skies with a myriad of shooting stars over the middle latitudes. The pinnacle of the shower will be on 12 August, when it is expected that 100 meteors will be visible each hour. When making your wishes, you could hope for a watch that commemorates this astronomic event like no other: the SAXONIA THIN with a copper-blue dial. 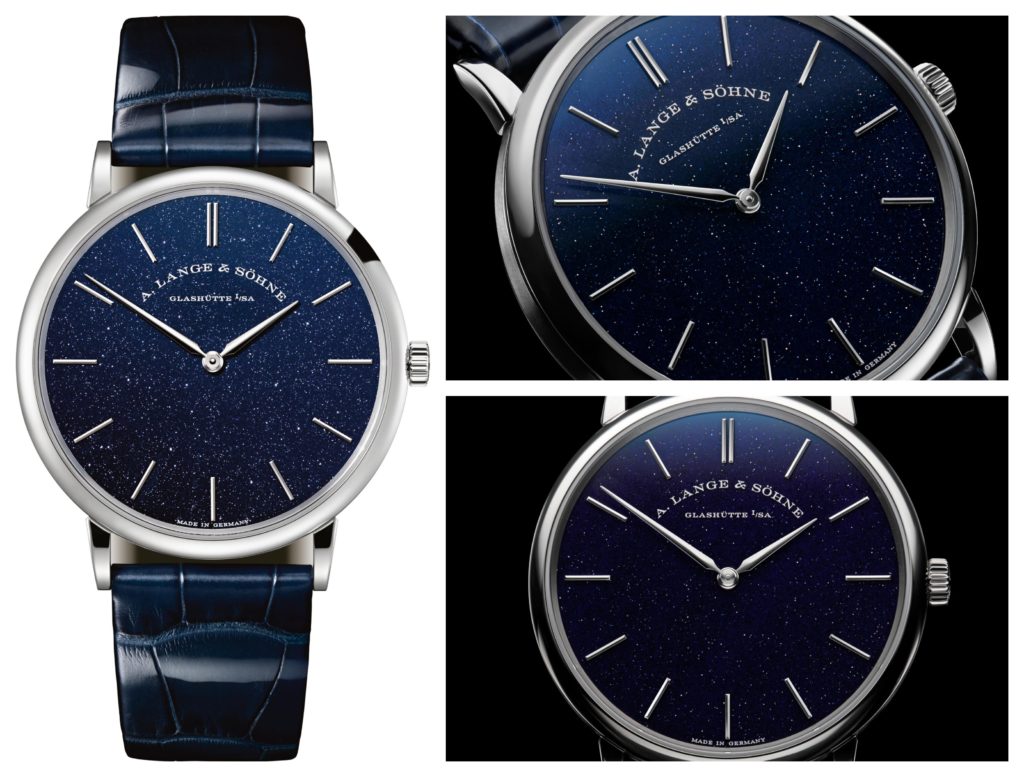 The solid silver dial is coated with an ultra-thin layer of shimmering copper-blue goldstone. Thousands of copper-oxide crystals integrated within the material liven up the deep blue with their playful reflections and sparkle like a captivating starry night sky, just like with the meteor shower in summer, whose name is derived from the Perseus constellation. This is the supposed starting point of the Perseid meteors. In fact, the meteors don’t come from a faraway galaxy, but instead from a neighbouring planetary system. As it orbits the sun, the earth collides every year in summer with fragments of the 109P/Swift–Tuttle comet, which is just 26 kilometres in diameter. The particles burn up when they enter the atmosphere, thereby creating countless shooting stars.

The technical name of the comet sounds almost like a calibre designation. The calibre of the SAXONIA THIN is L093.1 and it conceals the flattest movement from A. Lange & Söhne. With a diameter of 28 millimetres, the manually wound calibre that is finished to the highest standards and assembled twice is just 2.9 millimetres high. The 39-millimetre-wide white-gold case is also relatively flat at 6.2 millimetres high. The thin hands and appliques made of rhodiumed gold match the colour of the case material, and a dark-blue leather strap with solid white-gold buckle rounds off the elegant look.

The dial allows you to see the wonderful starry sky, even if there is a lot of light pollution or clouds. Weather permitting, it is recommended to watch the Perseid meteor shower from a dark location – preferably in the countryside. The hill overlooking the watchmaking town of Glashütte in the sparsely populated eastern Ore Mountains is where Ferdinand Adolph Lange founded his pocket watch manufactory 175 years ago and is the perfect place to catch a glimpse of the shooting stars.

Check out all A. Lange & Söhne pieces in stock on our Edwards Lowell online boutique. CLICK HERE