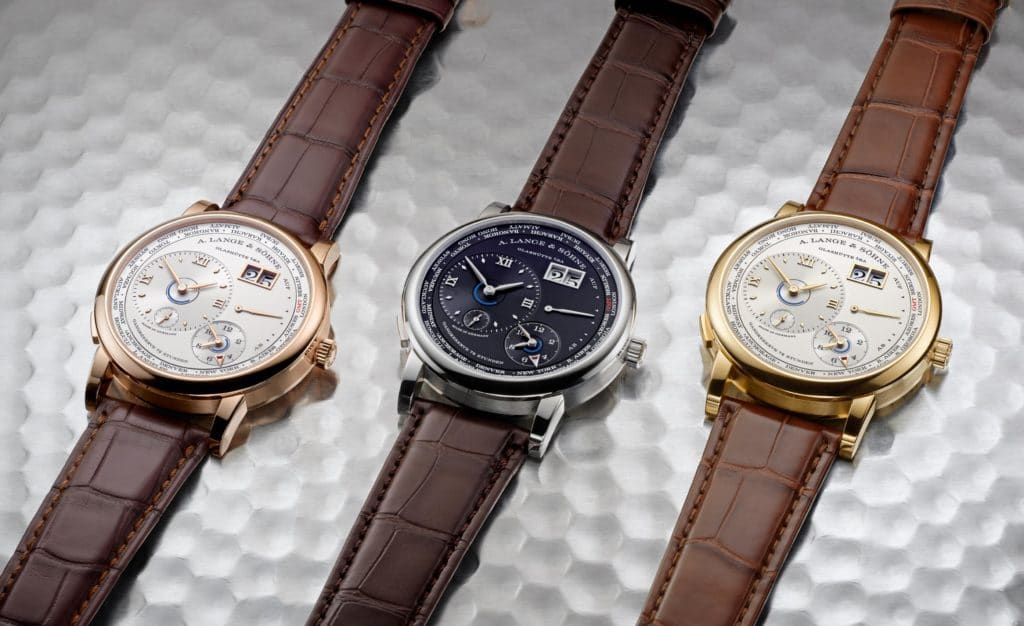 The LANGE 1 TIME ZONE occupies a special position between world-time and GMT watches. With pushbutton ease, the time in any time zone can be transferred to a separate subsidiary dial. Home time and a conveniently selectable zone time are both legible at a glance. Fifteen years after its launch, the watch has now received a new movement, ring-shaped day/night indicators and an additional daylight saving time indication. 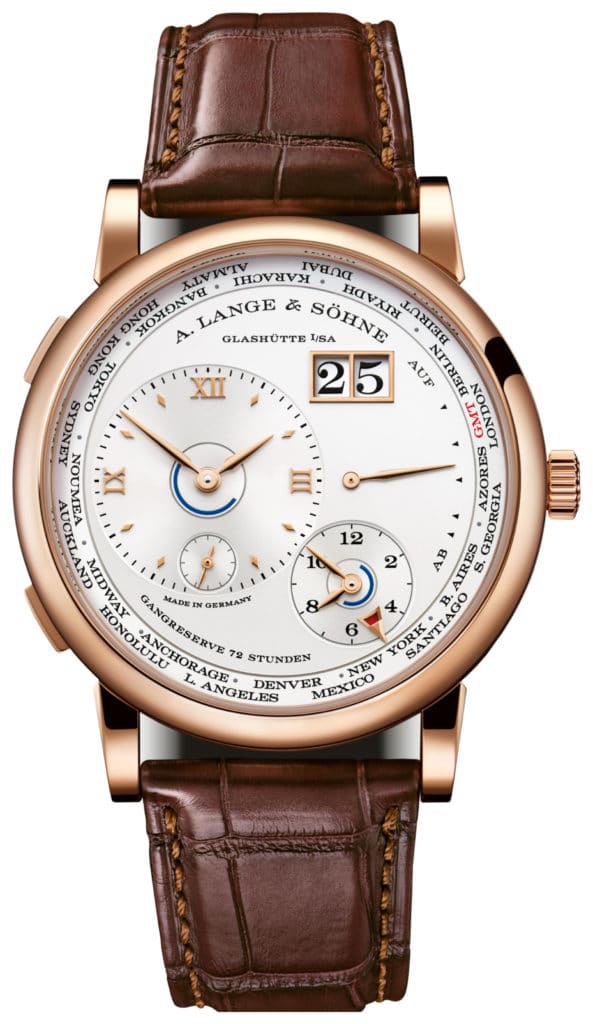 In our globalised world, watches with several time zones rank among the most useful complications. GMT timepieces indicate the time in a further zone which needs to be remembered. A world-time watch simultaneously provides the time in several zones, which is not always easy to grasp. The LANGE 1 TIME ZONE offers the best of both worlds: It combines a clearly readable double time indication with a pusher-actuated city ring that allows a freely selectable second time zone to be comfortably set. Both time zones are endowed with a central day/night indicator that, in conjunction with the hour hands, is intuitively legible. A special clou: The time of the second time zone can be transferred to the main dial. This is made possible with an elaborate mechanism.

In 2020, the LANGE 1 TIME ZONE was fitted with an extensively reworked manufacture calibre. The key technical innovations include two ring-shaped day/night indicators for home and zone time. They replace the peripherally arranged, rotatable arrow appliques of the first generation and are legible in conjunction with the hour hands from the centre. If the hour hand is positioned in the blue semicircle, it is nighttime (6 PM to 6 AM); if not, it is daytime (6 AM to 6 PM). Thanks to the new design, the number of hands has been reduced from nine to seven. This creates a wellorganised face. The daylight saving time indication is also new. It is located in the aperture of the arrow applique on the zone-time dial. If the aperture is red, the respective city has a daylight savings time regime. If it remains white, standard time applies there throughout the year. Should daylight saving time apply at home but not in the selected zone, one hour must be subtracted from the displayed zone time.

The newly developed L141.1 manufacture calibre delivers a power reserve of 72 hours – contrary to the predecessor model with only one mainspring barrel. A corresponding inscription on the dial replaces the former TWIN MAINSPRING BARREL legend. Further technical assets include a classic screw balance and a freely oscillating balance spring crafted in-house which beats with a frequency of 21,600 semi-oscillations per hour (3 hertz).

Concurrently, a lever samples the inner contour of the city ring. It transfers its motion to the redwhite display segment. If the lever descends into a recess of the contour, the white part of the display segment is pivoted into the aperture of the arrow applique. White signifies that the reference city uses standard time throughout the year. If the lever does not descend, the aperture of the arrow applique shows red. In this case, daylight saving time applies in the reference city. 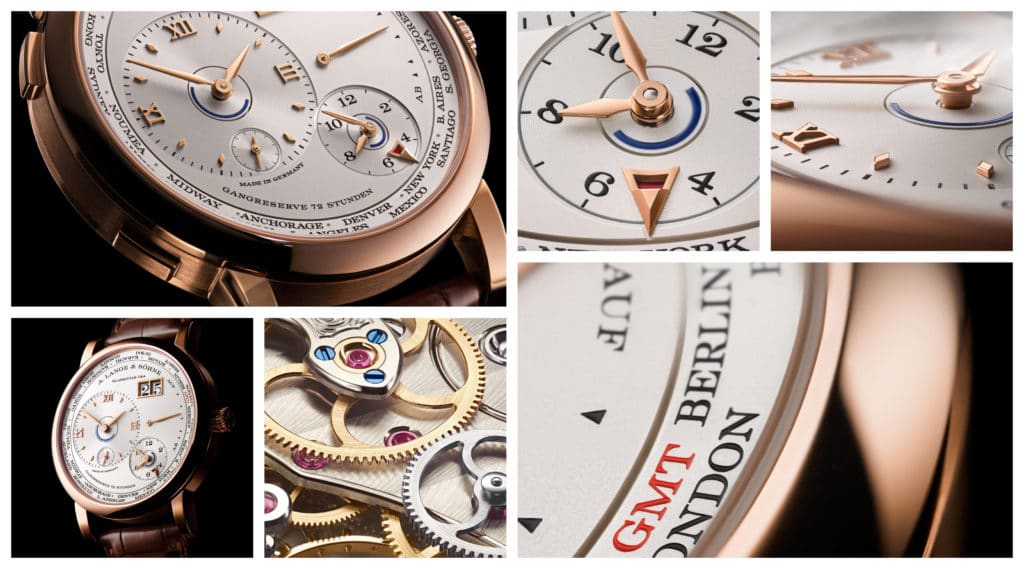 Three simple, generally valid rules for reading the zone time can be derived from this:

In the normal mode, the wheel trains for zone time and the city ring are separated from one another. While the wheel train continues to move, the city ring remains secured in the selected position. The situation changes as soon as a new zone time is set. Now, the city ring, the zonetime hour hand, and its day/night indicator must be advanced simultaneously. This task is handled by a complicated correction mechanism with 67 parts.

Synchronisation of the time indications

The time in the second zone can be transferred from the small to the large dial. This swaps the previous zone time with the new home time and vice-versa. Then, the two time indications have to be resynchronised.