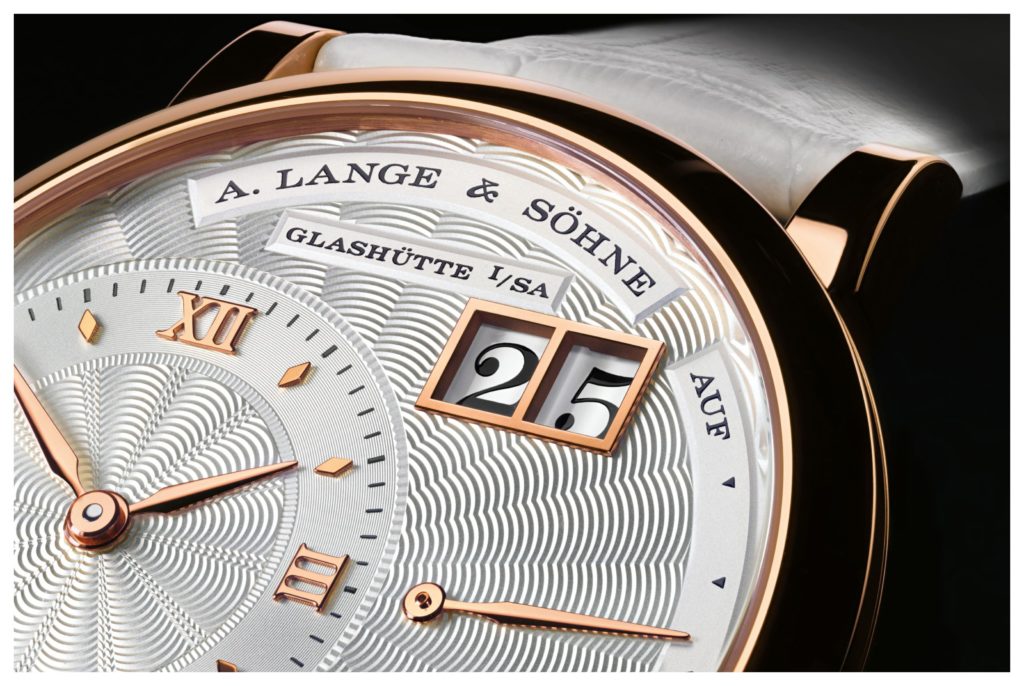 The LITTLE LANGE 1 MOON PHASE provides a beautiful backdrop for the enigmatic aura of the moon, which has been associated with motherly love since time immemorial. With Mother’s Day around the corner, taking place on 10th May 2020, this would be just the gift to make your wife or mother feel like a queen or goddess – The Lange Moon Phase ladies

The silvery light of the moon has always fascinated people. So much so, our time system is based on its orbit around the earth. There is a magical quality of moonlight associated with the realm of night and regarded in many cultures as a powerful symbol of motherly love. It is not without reason that the moon is represented by goddesses in Greek, Indian and Chinese mythology alike. 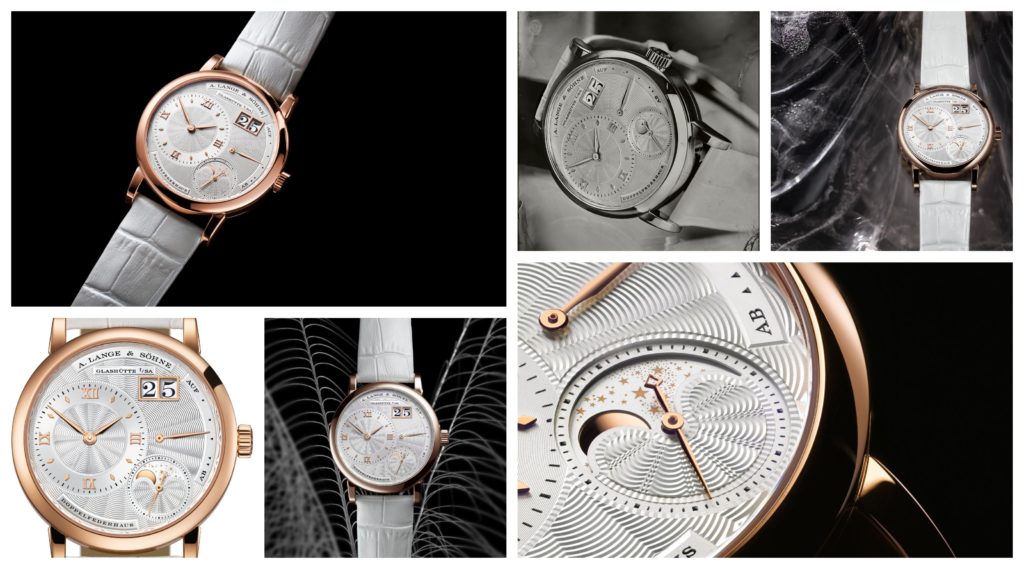 For sophisticated women open to the magic of the moon, there could hardly be a more suitable watch than the LITTLE LANGE 1 MOON PHASE. The warm gloss of the polished pink-gold case contrasts with the exquisite guilloche dial in argenté-coloured gold, which equals the cool white light of the earth’s satellite. Featuring two golden moons, the lunar disc of this model is also argenté-coloured.

The astronomical complication emulates the lunar cycle so accurately that it only needs to be corrected by one day every 122.6 years. Pink-gold hands and appliques accentuate the asymmetric dial with its precisely jumping outsize-date display. Measuring 36.8 millimetres in diameter, this exquisite timepiece is perfect for a lady’s wrist. Another version of the watch enhances the elegance with 56 brilliant-cut diamonds set on the bezel. The delicately gradated colour concept is immaculately complemented with a white leather strap that is secured with a pink-gold prong buckle. 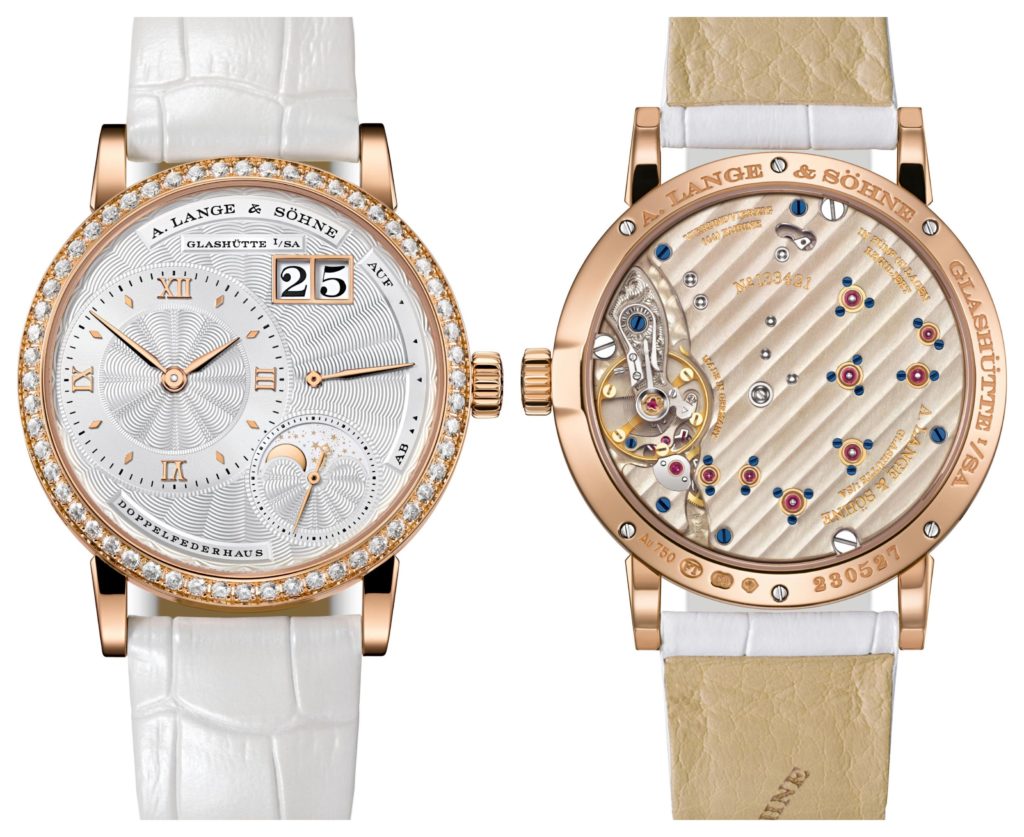 Based on the calibre of the signature LANGE 1, the manually wound L121.2 movement includes a twin mainspring barrel and a hairspring crafted in-house. The lavishly hand-finished movement of this timepiece, a true beauty to be admired, mirrors the radiant appearance of the dial side. All this makes the lange moon phase ladies watch an extremely special one.

Dresden watchmaker Ferdinand Adolph Lange laid the cornerstone of Saxony’s precision watchmaking industry when he established his manufactory in 1845. His precious pocket watches remain highly coveted among collectors all over the world. The company was expropriated after World War II, and the name A. Lange & Söhne nearly vanished. In 1990, Ferdinand Adolph Lange’s great-grandson Walter Lange had the courage to relaunch the brand. Today, Lange crafts only a few thousand wristwatches per year, predominantly in gold or platinum. They are endowed exclusively with proprietary movements that are lavishly decorated by hand and assembled twice. With 64 manufacture calibres developed since 1994, A. Lange & Söhne has secured a top-tier position in the world of watchmaking. Brand icons such as the LANGE 1 with the first outsize date in a regularly produced wristwatch, and the ZEITWERK with its precisely jumping numerals display, rank among the company’s greatest successes. Exceptional complications such as the ZEITWERK MINUTE REPEATER, the TRIPLE SPLIT, and the so far most complicated model, the GRAND COMPLICATION presented in 2013 in a six-watch limited edition, reflect the manufactory’s determination to achieve ever new pinnacles in its tradition-steeped horological artistry. Launched in 2019, the sporty-elegant ODYSSEUS marks the beginning of a new chapter for A. Lange & Söhne.