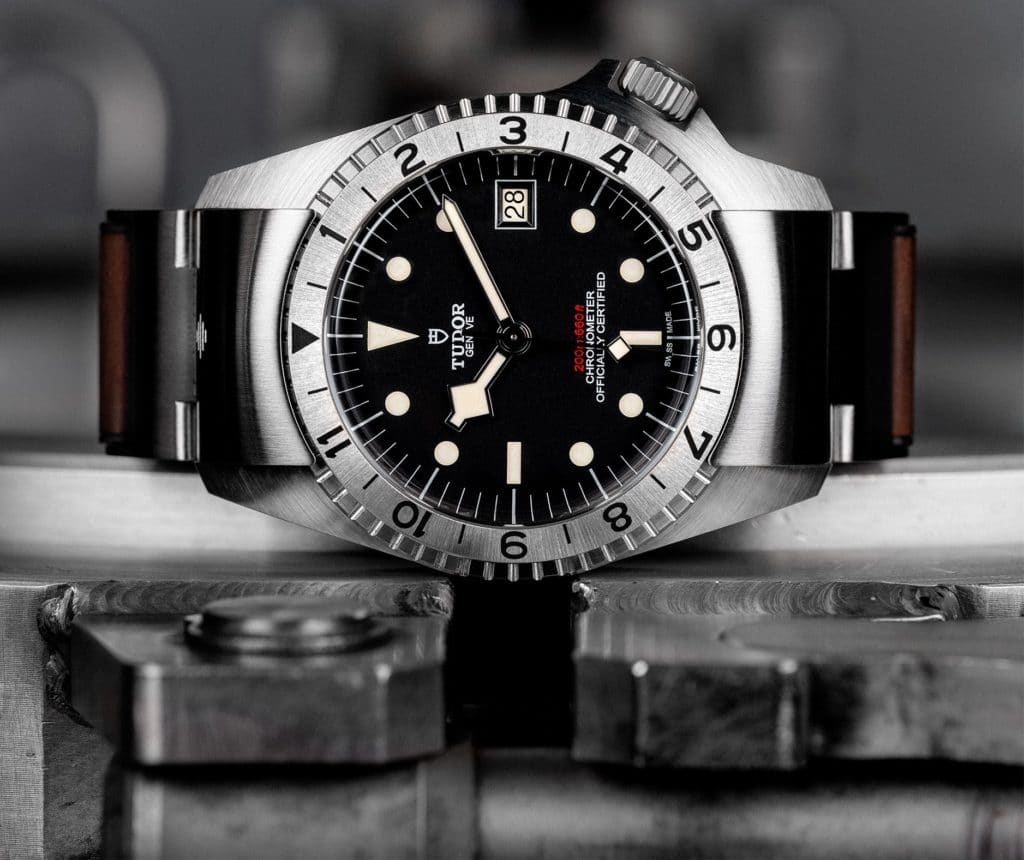 The new Tudor Black Bay P01 is a modern interpretation of a mythical prototype that was developed for the US-Navy in the 1960’s. At that time, the US government specification for an issued-watch was given the official title “watch, wrist, submersible and navigation”. This specifically required a 12-hour graduated rotatable bezel, as such a bezel configuration is helpful when using a wristwatch as a navigation tool whilst still allowing for elapsed time to be monitored during a dive.

The Black Bay P01 retains this design element, incorporating it in a modern iteration that is not designed for one specific activity (i.e. diving), but rather embodying a multi-use sporting spirit. The choice of the hybrid leather and rubber strap is a good example of this. Not designed intrinsically for diving, it is perfectly suited for all physical activities and all climates – allowing the wearer the practicality of rubber against the skin and the aesthetically pleasing look of leather to the eye.

Waterproof to 200 meters, with a robust patented hinged end-link locking system for the rotatable bezel and high-performance cutting-edge manufacture calibre, the Black Bay P01 is not only about design, but also continues the long pioneering tradition that TUDOR built over more than 90 years of superior watchmaking. 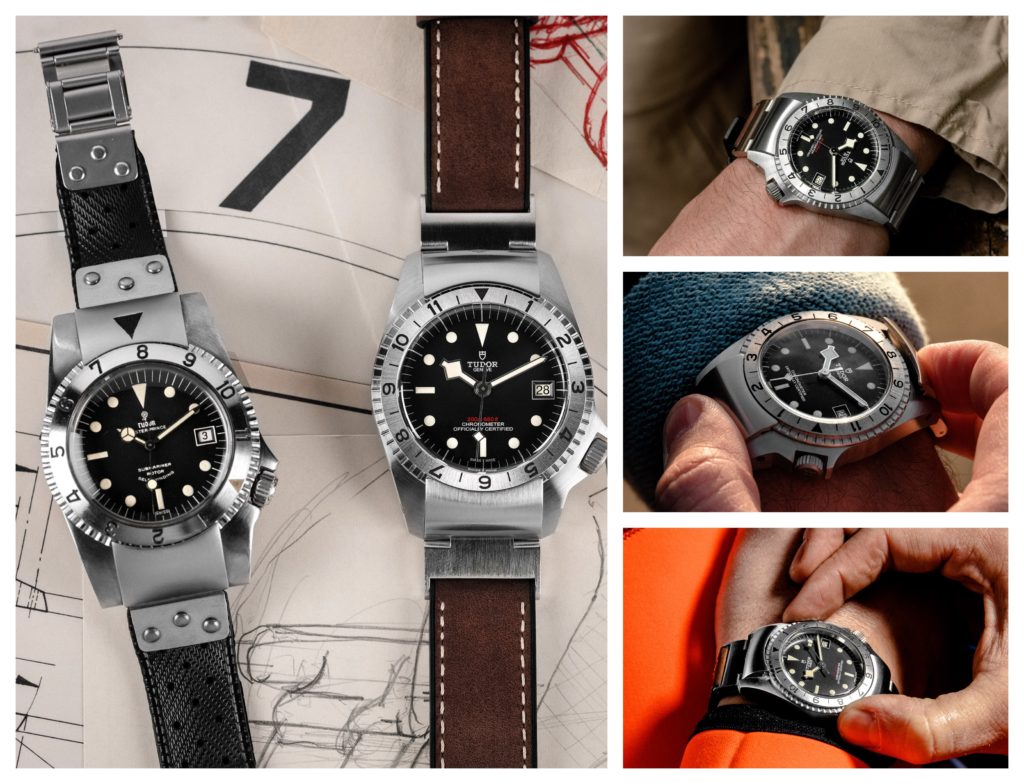 Tudor is a Swiss manufacturer of high-quality wristwatches based in Geneva. Registered in 1926 at the request of Hans Wilsdorf, the founder of Rolex SA. Today the brand remains a sister company to the parent company, both of which are owned by the Hans Wilsdorf Foundation. Over time Tudor watches became especially well known for its tool watches, producing watches for professional divers and the military. Between the 1960s and 1980s several navies issued Tudor Submariners to their divers, including the US Navy to its elite SEALs, and the French to their famous Marine Nationale (French Navy).