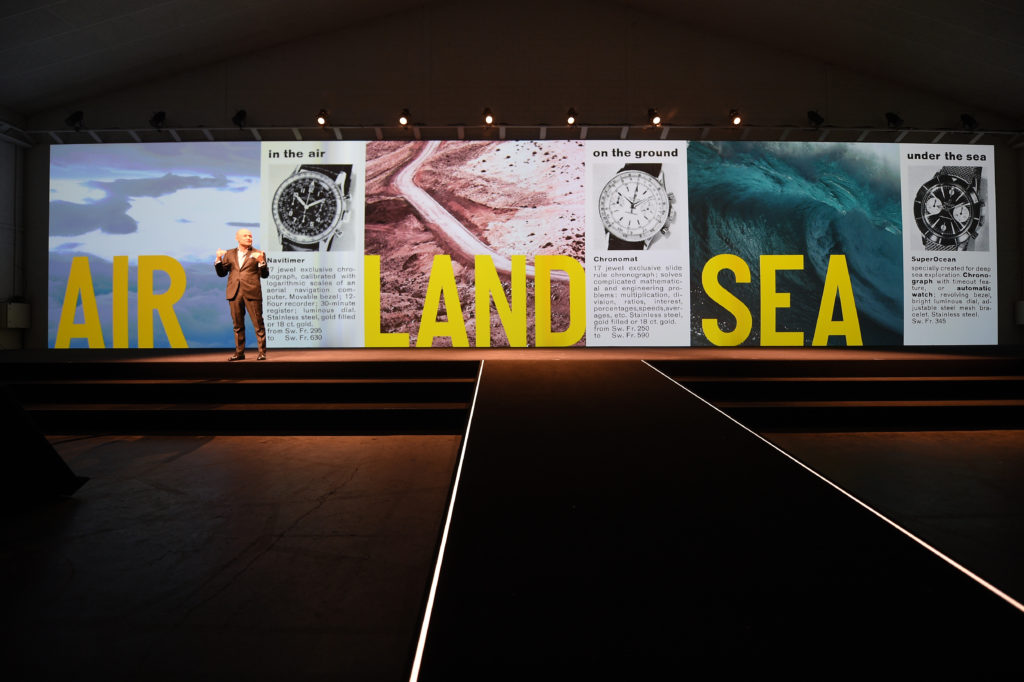 Basel, March 21, 2019. Breitling brought its unique summit concept to Basel. Hosted by CEO Georges Kern, the surprise-filled summit featured Breitling Squad members, including balloonist Bertrand Piccard and triathlon superstar Jan Frodeno, and a video message from explorer Inge Solheim. Norton Motorcycles CEO Stuart Garner made a notably dramatic entrance. Basel’s Dreispitzhalle (event venue) was magically transformed into a house of Breitling, and the outstanding setting with its state-of-the-art animated projections enchanted the 400 media guests to plunge into the brand’s different worlds and to join its missions.

Breitling CEO Georges Kern, joined by members of the brand’s Squads, presented what he described as “the state of our brand” and updated his guests on Breitling’s latest stories. He also introduced product highlights from its three brand environments, Air, Land, and Sea, as well as the Cockpit B50 Orbiter Limited Edition, which commemorates the twentieth anniversary of the non-stop round-the-world flight of the Breitling Orbiter 3 balloon.

Explorers Squad member Bertrand Piccard, who made international headlines when he piloted the Breitling Orbiter 3 balloon non-stop around the world together with Brian Jones in 1999, entertained the audience with tales of his epic journey. The balloon and its pilots landed safely on March 21, 1999 – precisely 20 years before the summit – and Breitling marked the anniversary by launching the Cockpit B50 Orbiter Limited Edition. Piccard sported the new SuperQuartz™ watch with its black titanium case and bright orange strap. 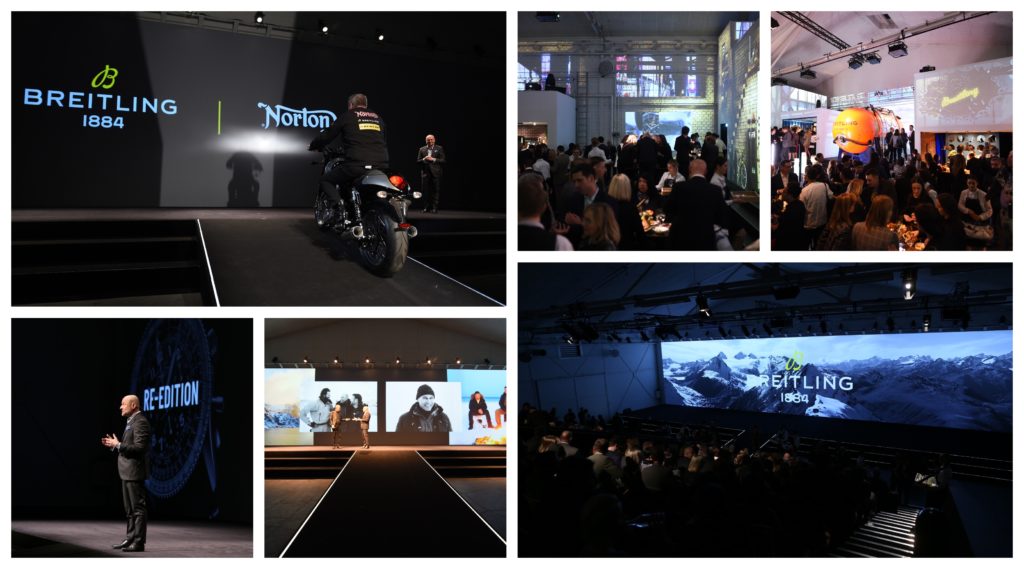 Breitling squad- One Explorer Congratulates Another

When Bertrand Piccard concluded his presentation, Inge Solheim, Piccard’s fellow Explorers Squad
member, joined the summit via a video message and congratulated the balloonist on the twentieth anniversary of his most famous adventure, saying: “Dear Bertrand, you are an inspiration and a role model to all of us.”

Jan Frodeno, the world’s most successful triathlete, was on hand to talk about the Triathlon Squad’s first shared m

ission: a grueling 202-kilometer bicycle race in South Africa in support of Qhubeka, a charity in South Africa that provides life-changing bicycles to people living in regions with limited transportation options.

Last year, Breitling introduced its Surfers Squad, featuring three of the sport’s great stars: Kelly Slater, Stephanie Gilmore, and Sally Fitzgibbons. Georges Kern announced that Breitling will be elevating its presence in the sport to a new level. He said: “We’re excited to be the official timekeeper of the World Surf League’s 2019 Surf Ranch Pro in Lemoore, California. The sport resonates with Breitling fans and we love being a part of this community whose members have such a cool, laid-back lifestyle but who are also committed to protecting the ocean – their beloved element.” 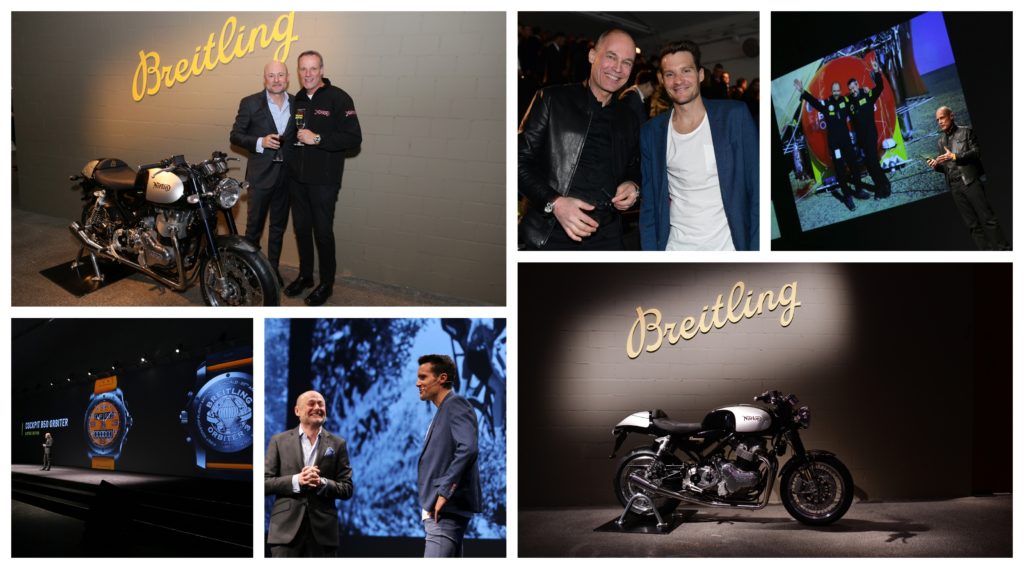 A watch with a strap made from ECONYL® yarn, a sustainable material made from nylon waste, is the first innovative product to result from the partnership. The brand has also forged a link with Ocean Conservancy and has joined in its fight for clean oceans and beaches.

A Flying Dinner and Some Dazzling Displays

Following the summit, guests were invited to a sumptuous “flying dinner” and had a chance to explore the spectacular staging that included a dazzling display of state-of-the-art animated projections, which turned the entire location into a beach house, then into a hangar, and finally into an industrial loft that represented Breitling’s three brand environments – Sea, Air, and Land, respectively – along with the original capsule from the Breitling Orbiter 2 and Norton Motorcycles’ new Breitling Limited Edition motorcycle. Breitling’s watches – among the stars of the show – were showcased in specially constructed watch towers. Among them was the Breitling Emergency that Bertrand Piccard wore when he flew non-stop around the world in the Breitling Orbiter 3 balloon.

Since 1884, Breitling has established a global reputation for high-precision timepieces, its pioneering role in the development of the wrist chronograph, and its uncompromising commitment to design excellence. With the brand’s storied association with aviation, Breitling has shared the finest moments in humankind’s conquest of the skies. Renowned for its spirit of innovation, it has also earned a place of privilege in the worlds of science, sport, and technology. Breitling manufactures its own movements in-house and the quality of every watch is confirmed by its status as a COSC-certified chronometer, made in Switzerland.