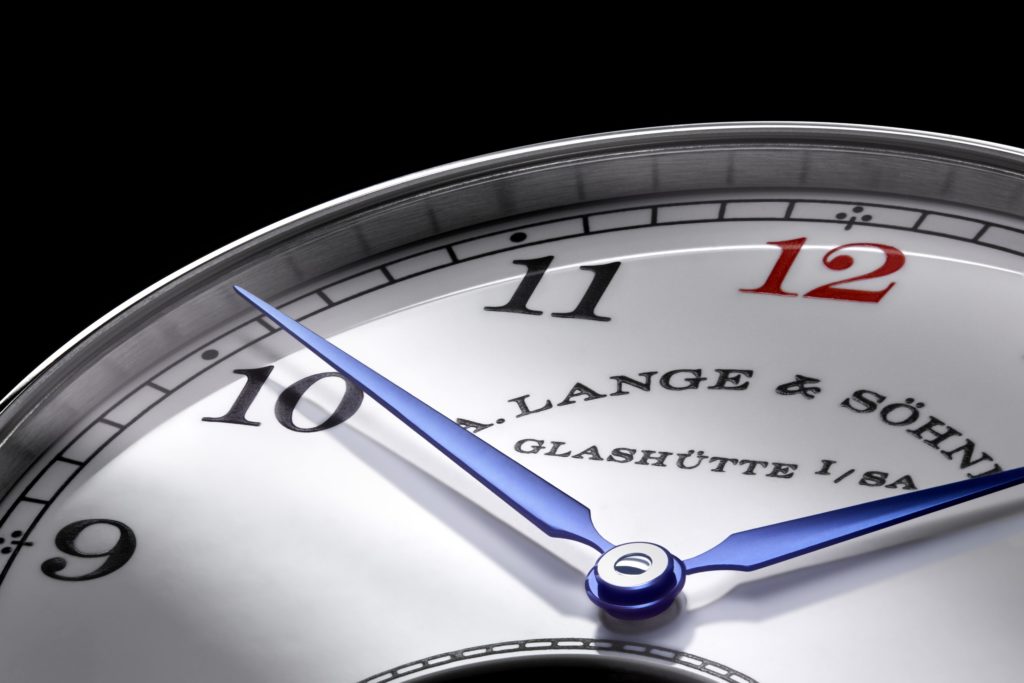 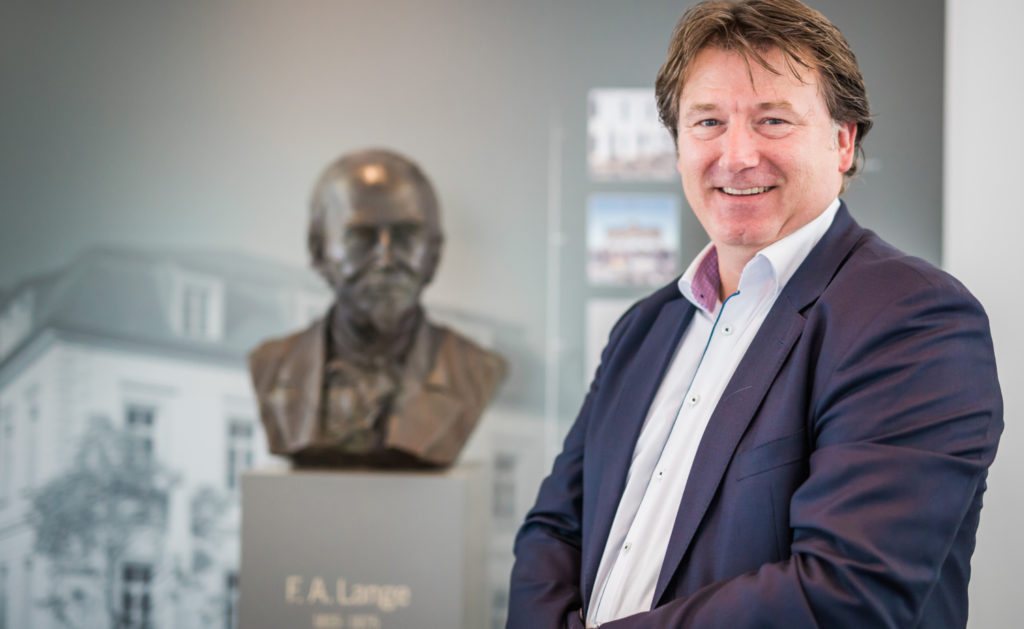 “We wanted to build a bridge from the origins of watchmaking to the present.”

What has inspired you to equip the 1815 TOURBILLON with an enamel dial and what is the message that A. Lange & Söhne is sending with this watch?

In a way, the 1815 TOURBILLON is one of the most quintessential A. Lange & Söhne timepieces because it offers a well-balanced blend of the brand’s traditional aspects and pioneering inventions of the new era. The large tourbillon is combined with two patents, the ZERO RESET and the stop-seconds feature for the tourbillon. These intricate mechanisms are characteristic of our understated approach to fine watchmaking. They work behind the scenes like “hidden heroes” with the single purpose of enhancing the accuracy and the functional performance of the watch. The enamel dial accentuates the classic design, which is adapted from Lange’s pocket watches with their Arabic numerals, “chemin de fer” minute scale and blued steel hands. The basic idea was to build a credible bridge from the origins of watchmaking to the present.

What is behind the decision to print the 12 in red?

The red 12 is a design statement with a nod to the history of fine watchmaking. It brought liveliness to the dial of a pocket watch –and does it still today. Lange’s dedication to historic authenticity comes at a price: The red 12 has to be separately imprinted and stoved.

What is the biggest challenge in making the enamel dial of the new 1815 TOURBILLON model?

Enamel is capricious and can’t be hurried. The process takes several days, during which the various steps have to be repeated over and over again. Absolute cleanliness is paramount because the inclusion of even the smallest particle of dust or dirt would mar the flawless surface.

Why does the watch have a different case height compared to the standard version?

Compared to the standard version with a case height of 11.1 millimetres, the new model is 0.2 millimetres higher. The applied enamel results in a slightly thicker dial than the standard dial made of solid silver.

What is so special about the patented stop-seconds mechanism and how does it interact with the ZERO-RESET function?

While a stop-seconds mechanism is quite common in a modern wristwatch, it was for a long time not to be found in a tourbillon movement. The reason is that it was considered to be impossible to stop the oscillating balance wheel inside the rotating tourbillon cage. Lange overcame this problem with a stop lever featuring a hinged V-shaped braking spring. It reliably stops the balance wheel, even if one arm of the spring is resting against one of the three cage posts. By interacting with the added ZERO-RESET system, the tourbillon cage stops instantaneously and the seconds hand jumps to the zero position, much like in a chronograph. That makes it easy to synchronise the watch to the second. 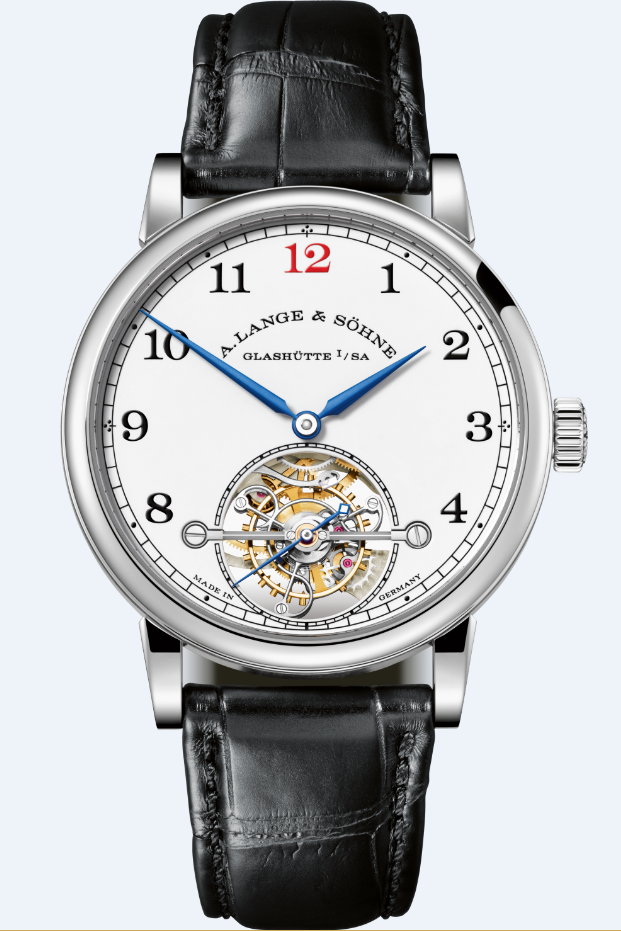 About A. Lange & Söhne
Dresden watchmaker Ferdinand Adolph Lange laid the cornerstone of Saxony’s precision watchmaking industry when he established his manufactory in 1845. His precious pocket watches remain highly coveted among collectors all over the world. The company was expropriated after World War II, and the name A. Lange & Söhne nearly vanished. In 1990, Ferdinand Adolph Lange’s great-grandson Walter Lange had the courage to make a new start. Today, Lange crafts only a few thousand wristwatches in gold or platinum per year. They are endowed exclusively with proprietary movements that are lavishly decorated and assembled
by hand. With 62 manufacture calibres developed since 1994, A. Lange & Söhne has secured a top-tier position in the world of watchmaking. Brand icons such as the LANGE 1 with the first outsize date in a regularly produced wristwatch and the ZEITWERK with its precisely jumping numerals display, rank among the company’s greatest successes. Sophisticated complications such as the ZEITWERK MINUTE REPEATER, the TOURBOGRAPH PERPETUAL “Pour le Mérite” and the TRIPLE SPLIT reflect the manufactory’s determination to achieve ever new pinnacles in horological artistry.