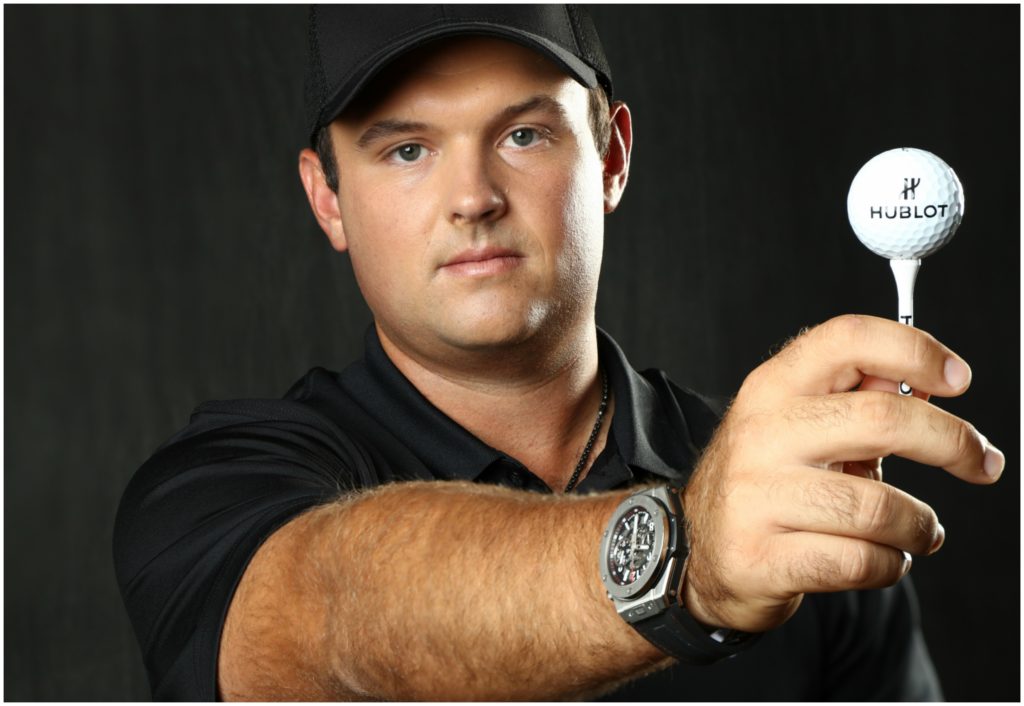 Hublot Ambassador, Patrick Reed, highlighted his prodigious talent and battling spirit with a maiden Major victory at The Masters Tournament, sealing his place in the annals of golfing history alongside the greatest players ever to have played the game.

Leading the field by three shots, following magnificent sub-70 rounds of 69, 66 and 67, the 27-year-old American showed nerves of steel under immense pressure during the final round to close with one-under-par 71, earning his first Green Jacket in a scintillating fashion.

There is no finer accomplishment in golf than securing victory at The Masters and we would like to offer our congratulations to Patrick for securing his status amongst golf’s very finest with this win. He continues to show a propensity to perform at his best on the biggest stages and when it matters most, demonstrating all of the characteristics of a true champion.
Ricardo Guadalupe, CEO Hublot

Throughout four days over the fabled Augusta National course, Reed was in imperious form, recording more birdies than any other player (18) and two eagles through 54 holes to take a three-shot lead into the final round. Being chased by the strongest field of any of golf’s Majors, the new world No.11 showed his steely competitiveness during a battling 18 holes on Sunday, rolling in clutch birdie putts on 3, 12 and 14 to put the title out of reach of his rivals on a 15-under-par total of 273.

Reed surged onto the world scene following heroic displays at the 2014 and 2016 Ryder Cups. In both encounters he was the leading points scorer for his team, earning him the title ‘Captain America’ for his spirit and patriotism.

Growing up, everyone dreamed of winning The Masters, and that’s because of the history and how special the tournament is to all of the players and to golf around the world.
Patrick Reed, Hublot Ambassador

Reed was joined at the head of The Masters leaderboard by his fellow Hublot Ambassadors, Olympic Champion, Justin Rose, and world No.1, Dustin Johnson, who closed out their campaigns in ties for 10th and 12th, respectively.

The scintillating performance of its Brand Ambassadors, headlined by the continued heroics of Reed, comes amid an incredibly exciting 12 months for the brand and following the launch of the luxury watchmaker’s first golf-specific timepiece, the Big Bang Unico Golf. Inspired by the great game, the newest edition has been crafted with the golfer in mind, offering a mechanism for displaying the number of strokes taken and counts the strokes per hole.

About the Big Bang Unico Golf

The case of the Big Bang Unico Golf is carved from Texalium®, an innovative material exclusive to Hublot, that is an amalgamation of carbon fiber and aluminum. This unique composite gives the watch its lightness; it weights precisely 97.93 grams! 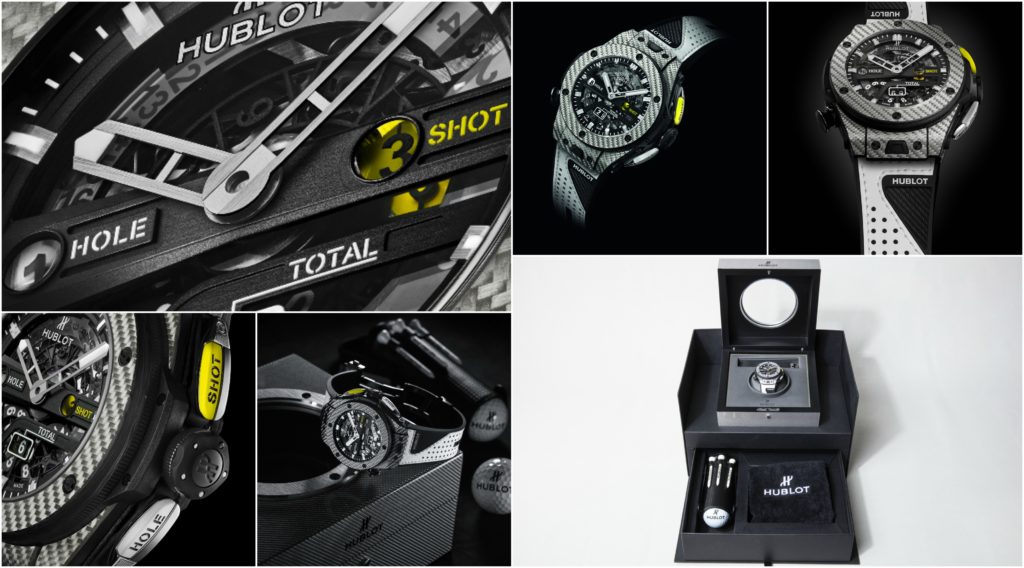 The Big Bang Unico Golf has the look of a chronograph and has been conceived as a chronograph. Its movement features return-to-zero heart piece cams that ensure the counting mechanism is robust and reliable. The putter-shaped pusher at 2 o’clock activates the mechanism for displaying the number of strokes taken and counts the strokes per hole. The pusher at 4 o’clock allows the wearer to move on to the next hole by resetting the stroke counter to zero.

The counter at 6 o’clock displays the total number of strokes played and is simultaneously updated. The pusher at 8 o’clock is shaped like a tee. This resets the mechanism and sets the counters to zero at the end of the round. During the round, this button can be locked by rotating it by 45°, thus ensuring that it is not inadvertently activated. The MHUB1580 full-skeleton movement allows the wearer to admire and understand how the timepiece works. The watch comes with two interchangeable wristbands fitted with the One Click system. One is made of white leather sewn on rubber and designed like a golf glove, while the other is made of technical fabric with a Velcro fastener to ensure the watch sits perfectly on the wrist.