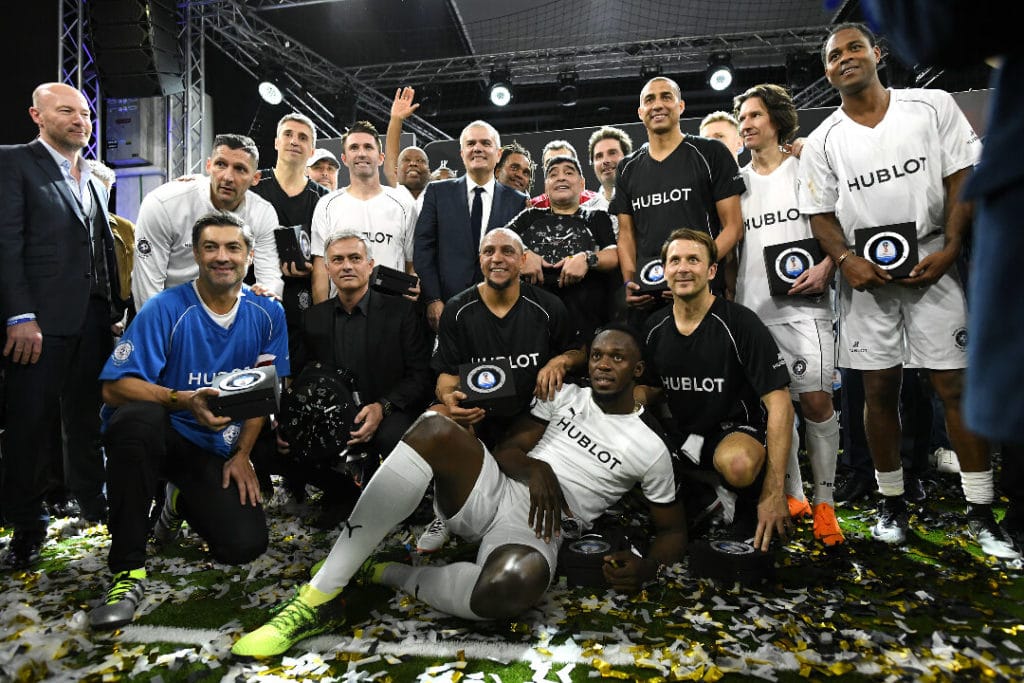 A fusion between the world sprinting legend, the God of Football and the Special One for a Football Match of Friendship

“This was the dream and Hublot has made it a reality! This match is everybody’s dream. Seeing the friends of the brand, legends on the pitch playing football, bringing together legendary sportsmen who have never played together for this exceptional encounter, creating two teams for a Match of Friendship, all this is more than we could have hoped for! What better proof of how football can bring people together!”

With 85 days to go before the first match of the 2018 FIFA World Cup™ kicks off, Hublot brought together the friends of the brand to celebrate the beautiful game. A Match of Friendship. Two one-off teams for an encounter that all football fans could have only dreamed of. True to its motto “First, Unique, Different”, Hublot invited Usain Bolt to play in his first game of football. The world sprinting champion, who is a football lover, put his feet to the service of José Mourinho’s team. Diego Maradona managed the opposing team. The match was refereed by Nicola Rizzoli and his Big Bang Referee 2018 FIFA World Cup Russia™ smart watch. There are some sporting moments in history that live on forever and Hublot knows better than anybody how to create these moments! 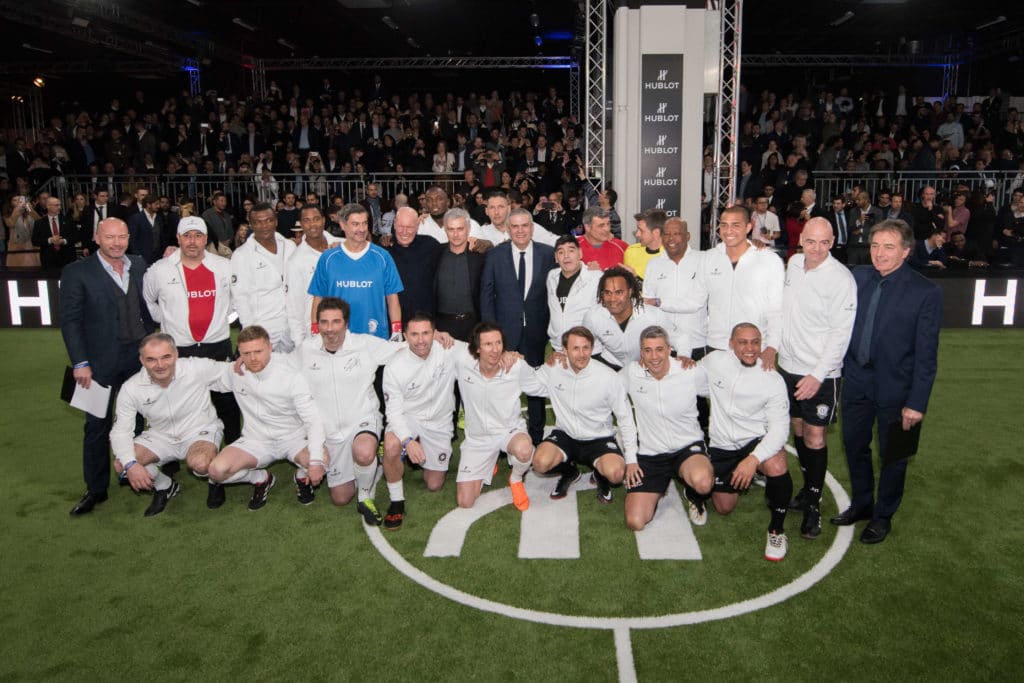 Hall 4 at Baselworld turned into a football pitch

After the gardens of the Palais Royal in Paris, it was at the Mecca of the watch-making world—where Hublot unveiled its Football watch dedicated to the 2018 FIFA World CupTM—that the Swiss watchmaker blew the whistle to start this special game held in this original location. 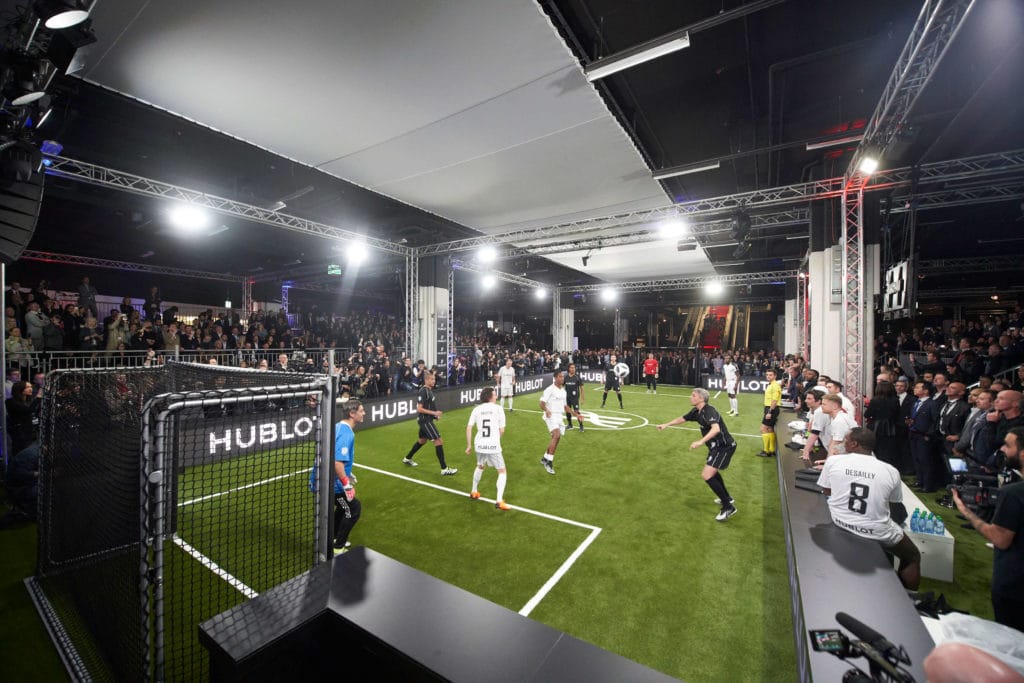 The format for a legendary game

Hublot inspired Baselworld, the players and the public with the passion for real sport, the beautiful game that unites us all. The format for a legendary game bringing together stars from the world of football and Usain Bolt, the fastest man in the world, under coaches Diego Maradona and José Mourinho. 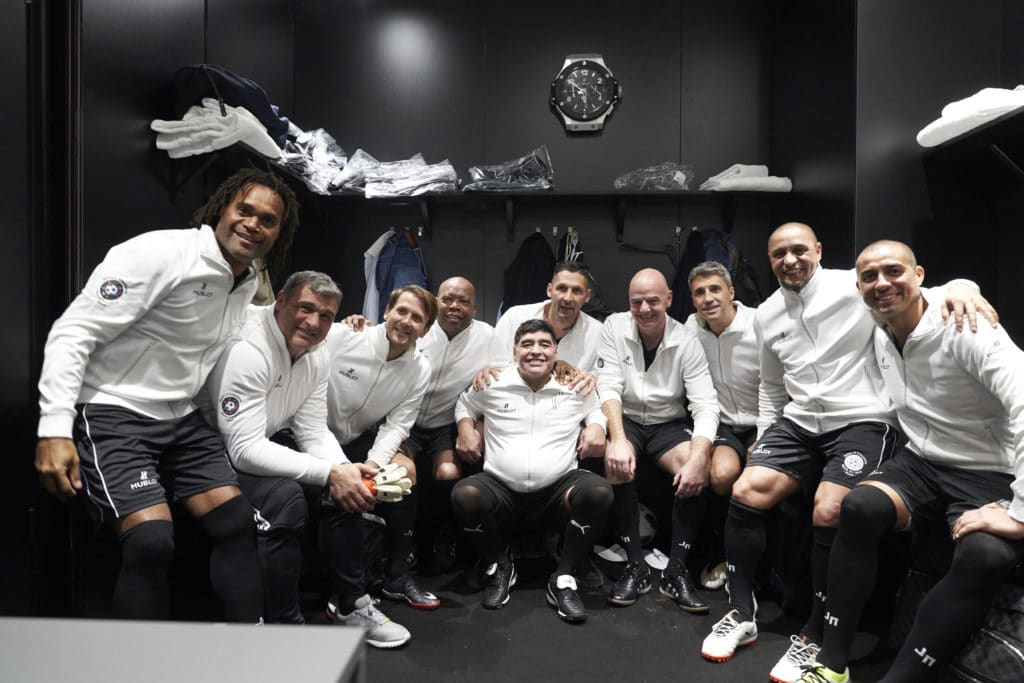 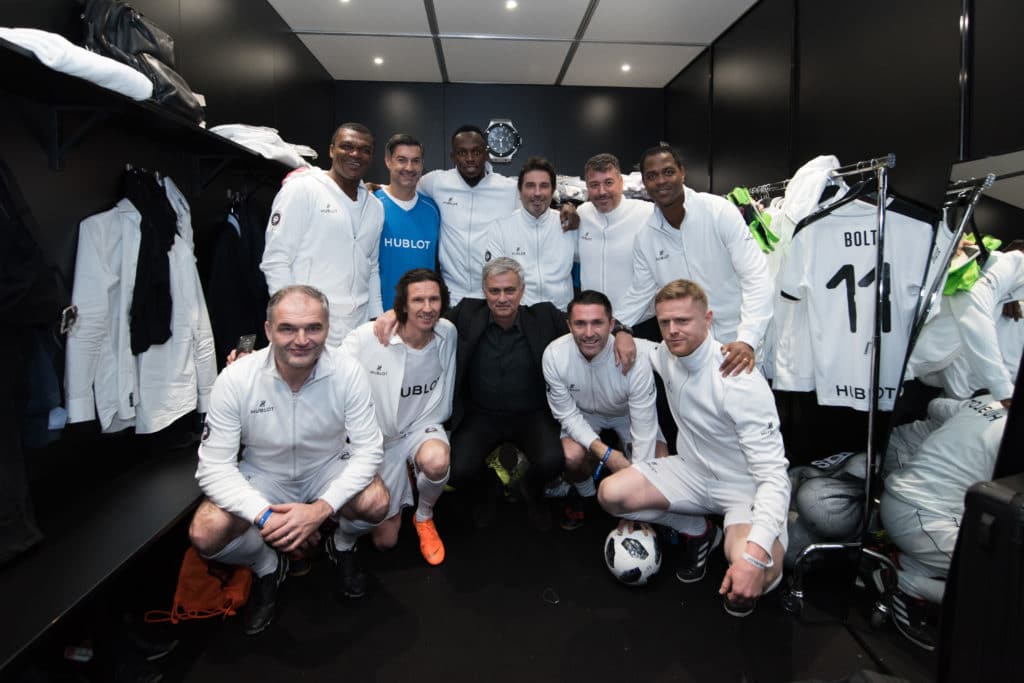 Everything was in place, from the 4th official’s panel to the official FIFA World CupTM mascot, Zabivaka and the recently unveiled Big Bang Referee 2018 FIFA World Cup RussiaTM watch that gave a live demonstration of its functions. Hublot’s smart technology gave international referee Nicola Rizzoli notifications from Goal Line Technology live throughout this Match of Friendship, just as it will during the 2018 FIFA World CupTM. 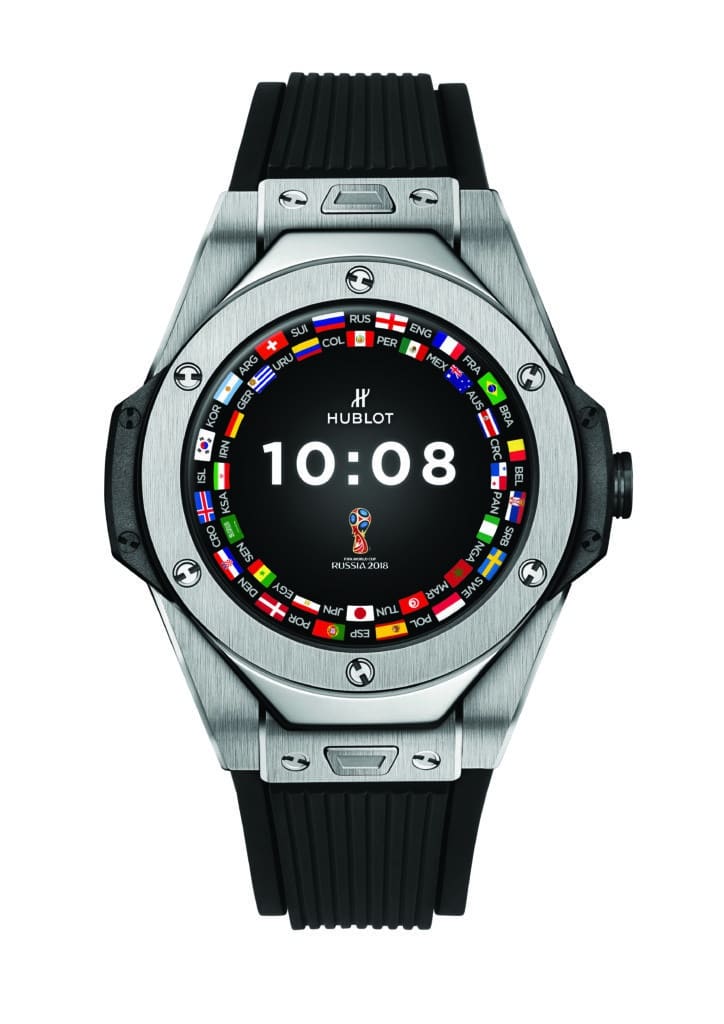 According to protocol, the two teams exchanged pennants at the start of the game. Going beyond pure ritual, this was a symbol of a friendly game held under the banner of friendship. At half-time, a freestyle football demonstration confirmed that anything can be done with a football: a performance from the “Freestyle Football” group, made up of 5 Polish football free stylers with incredible skills, presented an extract from their show that has already toured the world.

At the end of the game, the spirit and contagious energy of football was kept alive with the Cuban hip hop of the group Orishas who set the pitch alight, before DJ Teddy-O—another friend of the brand—spun the decks to produce his mix for the evening.

Once again, Hublot is the master of football.

Check out all the Hublot watches in stock on our Hublot online boutique. Click here