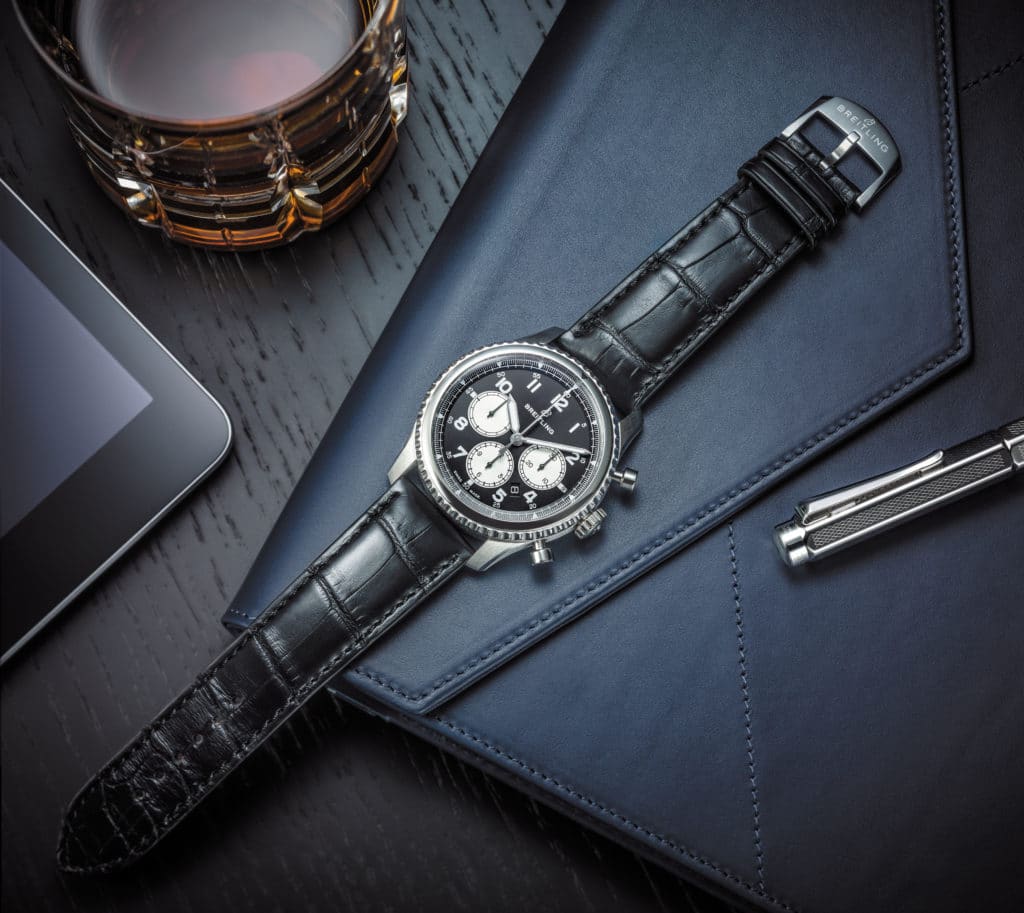 BREITLING’S NAVITIMER 8: A TRIBUTE TO ONE OF WATCHMAKING’S GREATEST LEGACIES

Breitling, famous for its chronographs and its strong link to aviation, has just launched a new pilot’s watch collection: the Navitimer 8. The 8 in its name is a nod to the Huit Aviation Department, which was set up in 1938 to produce cockpit instruments as well as classic pilot’s watches for civilian and military use. At the time, Willy Breitling chose the name “Huit,” the French word for “eight,” as  a reference to the eight-day power reserve offered by its storied cockpit instruments.

Georges Kern, Breitling’s CEO since the summer of 2017, is particularly excited about the new product line. “With the Navitimer 8,” he says, “we are honoring not only our rich heritage but also our pioneering role in building chronographic instruments. But while the Navitimer 8 pays tribute to our past, it also does something considerably more important. It opens the door to a very exciting future.”

The Navitimer 8 – Bridging the Past and the Future

The Navitimer 8 family introduces five distinct models that are worthy heirs to watchmaking’s richest aviation tradition, drawing heavily on Breitling’s design DNA and the technical features of the first board clocks and pilot’s wristwatches as well as on the Huit Aviation Department’s commitment to quality.

It is also worth noting that Huit Aviation had distinguished itself by putting its products through a series of rigorous challenges. It subjected each instrument to extreme temperatures and vibrations before checking its timekeeping precision with oscilloscopes. The Department’s commitment to quality was rewarded as it immediately attracted the attention of military aviators and, ahead of World War II, received a large order for chronographs from the Royal Air Force.

Each of the five new models in the collection expresses a design code – conceived down to the minutest detail – with a high recognition value. Guy Bove, Creative Director at Breitling who fully immersed himself in the design of the board clocks and wristwatches created by the Huit Aviation Department, described the inspiration behind the Navitimer 8’s exterior design cues as follows: “With the Navitimer 8, we wanted to create a watch that was in line with our vision for the brand’s future, but which would also pay tribute to the great Breitling watches of the early to mid-twentieth century. From a design perspective, it occupies a unique position between Huit’s onboard clocks and the Navitimer.” 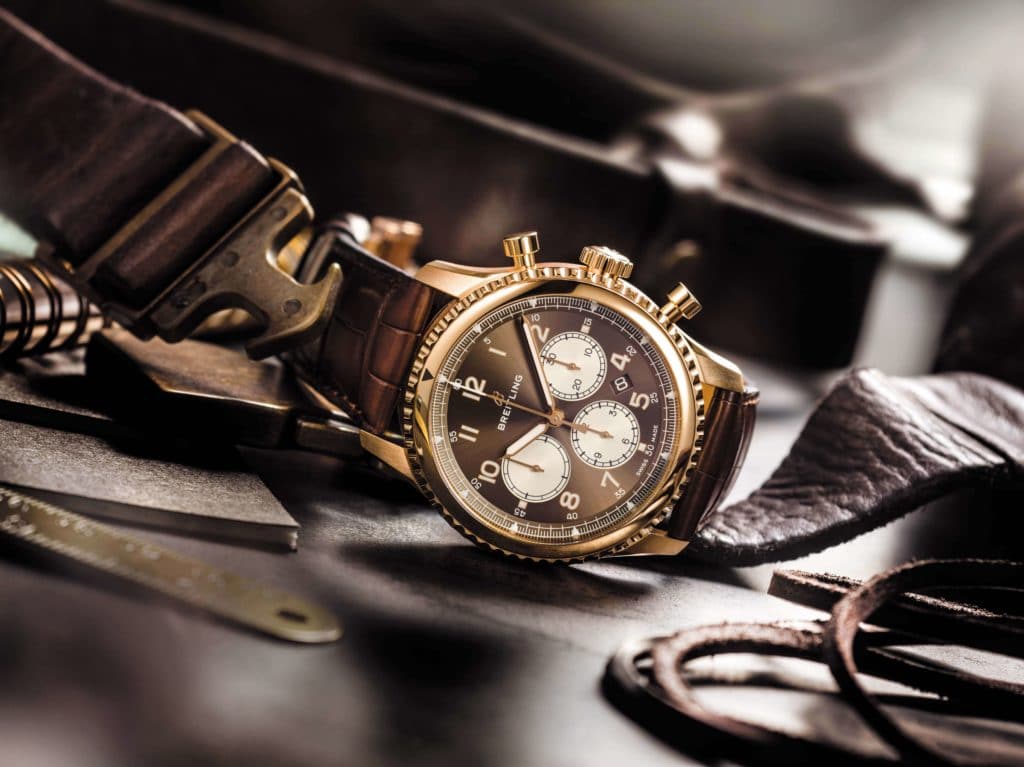 The new watches resurrect some of the design values of the Huit Aviation Department’s onboard clocks – especially in terms of the dials and bezels – as well as Breitling’s iconic pilot’s watch, Reference 768, with the rotating bezel and distinctive triangular pointer that made it a favorite among pilots. Just as important were the luminous hands against black dials, a combination that offered easy readability in any lighting conditions, and which also contributed to Breitling’s aviation heritage. The Navitimer 8 watches recall the uncompromising flair of that earlier era.

It starts with the eye-catching case: with the typical notches on the bezel, its contrasting satin and polished surfaces and its artfully shaped lugs, it offers – from the very first glance – a compelling blend of sportiness and elegance. 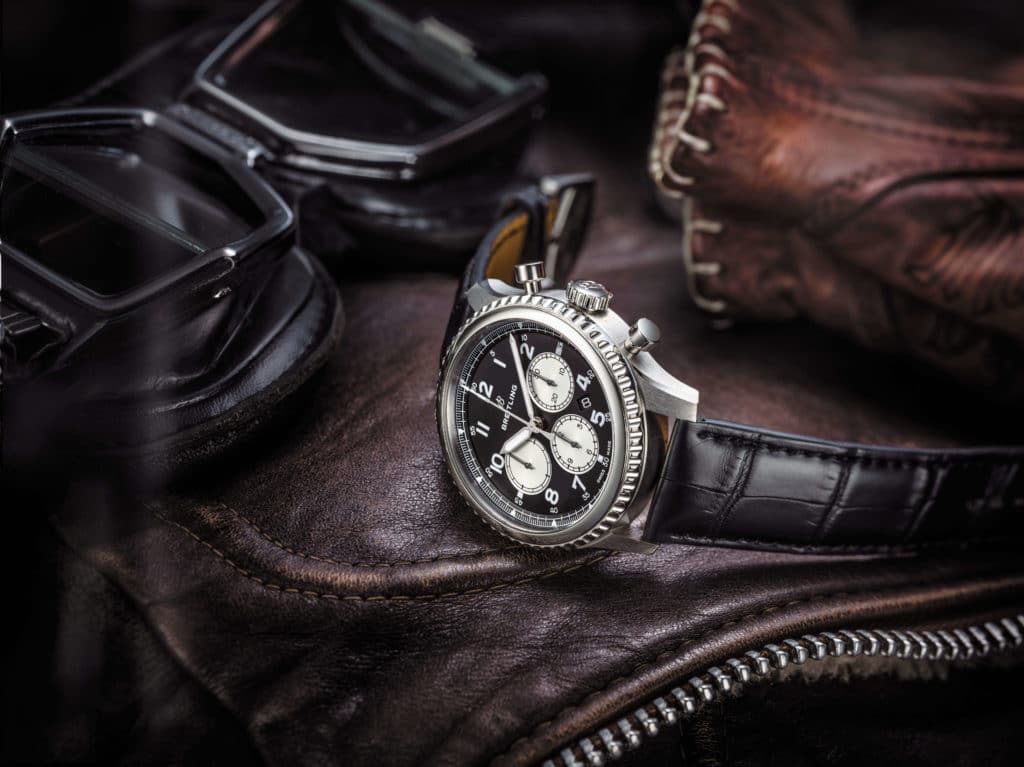 For the typography of the large luminescent Arabic numerals on the dial of each new Navitimer 8 model, Guy Bove took inspiration from the style used on the first pilot’s watch models including the Reference 768. The small triangles and the long minute markers in the so-called railway minute tracks also recall those from some of Breitling’s great early wristwatch models, as do the luminescent skeletonized hour and minute hands, the latter’s length being matched precisely to the dial’s indexing. The beveled hands add a degree of sophistication and shine to the dial. Each Navitimer 8 watch is water-resistant to 10 bar (100 meters). Their dials are all visible through sapphire crystals with anti-reflective coating on both sides. The chronographs in the family offer power reserves ranging from 40 to more than 70 hours, depending on the model and movement.

Check out the full range of Breitling watches at Edwards Lowell boutiques in Spinola, St. Julian’s and Zachary street, Valletta or on our online Breitling shop – https://elcol.com/breitling/#!_breitling/en/selection