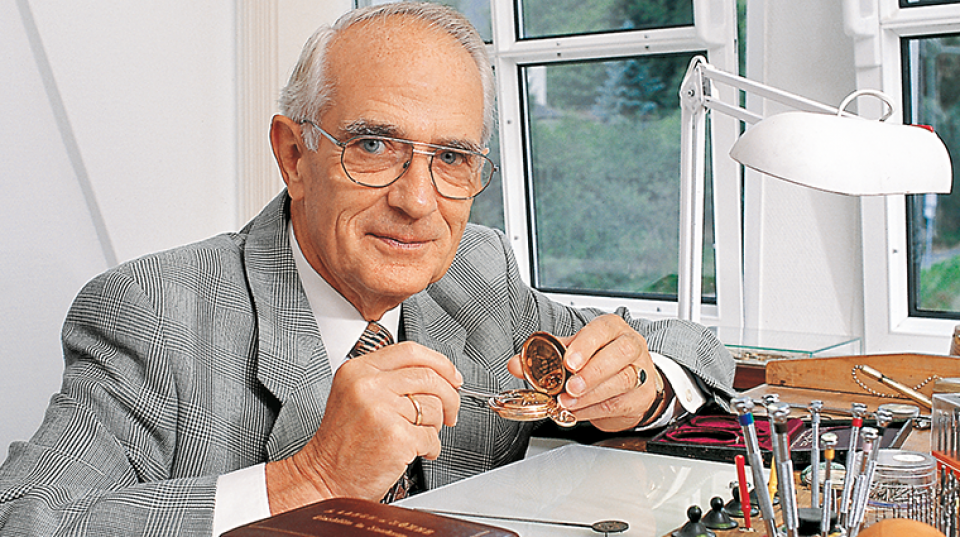 In honour of company founder Walter Lange, who passed away in January 2017, A. Lange & Söhne is enriching the 1815 model family with an extraordinary complication: The 1815 “Homage to Walter Lange” has a stoppable jumping seconds hand that dates back to a 150-year-old invention conceived by Ferdinand Adolph Lange. 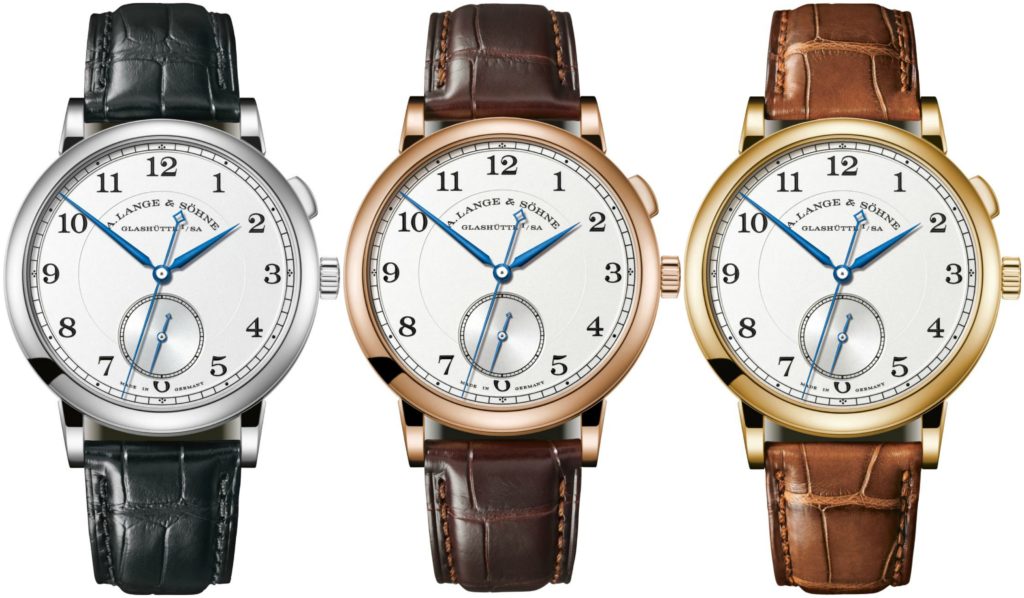 815 “Homage to Walter Lange” with a jumping sweep seconds hand

In general, mechanical timepieces can be recognised by their “creeping seconds” hand. Depending on the balance frequency, the hand advances from second to second in five to ten steps.

In short-time measurements, however, where seconds count in the literal sense, constant progression sometimes makes it difficult to pinpoint the beginning and the end of an event. Conversely, there is a horological complication that allows the exact measurement of the smallest unit of time: the “jumping seconds”.

The 1815 “Homage to Walter Lange” masters both chronometric disciplines. The small seconds hand in the subsidiary dial at 6 o’clock maps the frequency of 21,600 semi-oscillations per hour by performing six small steps as it advances from marker to marker.

However, the blued sweep seconds hand performs precise jumps from second to second. It can be allowed to run continuously or immobilised if needed. A pusher at 2 o’clock starts and stops it. This is useful for heart rate measurements, for instance.

The jumping sweep seconds hand with the start/stop function was especially significant for Walter Lange. This is because it dates back to an 1867 invention of his great-grandfather, Ferdinand Adolph Lange.

It was first implemented in a masterpiece crafted by his grandfather, Emil Lange. One of Germany’s first patents was granted to A. Lange & Söhne in 1877 for the enhanced design of a mechanism mounted on the three-quarter plate, and was referred to as a “one-second movement with a jumping hand”.

In the 1815 “Homage to Walter Lange”, the seconds jump is controlled according to the flirt-and-star principle, as was originally the case in the historic mechanism. After each full second, one of the six tips of the star liberates the tensioned lever arm, which watchmakers refer to as the “flirt”.

An 1815 with jumping seconds likely corresponds to what Walter Lange would have deemed the perfect watch. It is totally reduced to the essence while impressing the enthusiast with a puristic yet technically exciting complication. The blued steel hands contrast well against the argenté-coloured dial with the classic railway-track minute scale.

The newly developed movement has a special calibre designation: L1924. It refers to Walter Lange’s birth year. Additionally, the first three digits of the reference number, 297, recall his date of birth, 29 July. With a case diameter of 40.5 millimetres, the 1815 “Homage to Walter Lange” comes in three editions: 145 watches in white gold, 90 in pink gold and 27 in yellow gold.

These uncommon numbers are derived from important milestones of the Lange family’s history. From 7 December 1845, when Ferdinand Adolph Lange originally established the company, exactly 145 years elapsed until 7 December 1990, the date on which Walter Lange registered Lange Uhren GmbH. Precisely 27 years will have passed between this date and 7 December 2017, the day on which the new model that pays tribute to Walter Lange is being unveiled.

View all the A. Lange & Sohne pieces we have in stock on our online boutique.

A special timepiece salutes the founder of the Lange Uhren GmbH

With an extraordinary one-of-a-kind timepiece, A. Lange & Söhne pays tribute to the indi-vidual who in 1990 brought precision watchmaking back to Glashütte.

The combination of a stoppable sweep seconds hand, a black enamel dial and a steel case reflects the eminent heritage of the Saxon watchmaking dynasty.

The sad news of Walter Lange’s death on the morn-ing of the second SIHH day in 2017 shocked the world of watchmaking. It spread rapidly, and nu-merous show visitors spontaneously paid their re-spects to the deceased pioneer of horology at the Lange stand.

Asked at the time how he intended to salute Walter Lange, Lange CEO Wilhelm Schmid replied: “The best way to honour Walter Lange is to assure the continuity and the ongoing development of the company that he founded – in the way that he would have envisioned it.”

Now, with the 1815 “Homage to Walter Lange”, A. Lange & Söhne is proving that a watch is capable of reflecting the intention and personality of a founder.

The 1815 “Homage to Walter Lange” with a black enamel dial and a steel case will be produced only once. This makes it as unique as the man whose name it bears.

The classic dial, reduced to the essence, is complemented with a technical feature that warrants a further look: the jumping seconds hand. With this combination, it quite likely lives up to Walter Lange’s vision of a perfect watch.

The jumping seconds was one of his favourite complications because it embodies the purist notion of precision watchmaking, while at the same time being a piece of family history. It does not divide the second into a number of steps depending on the balance frequency, but instead treats it as a coherent unit of time.

A pusher at 2 o’clock starts and stops the sweep seconds hand. The idea dates back to an invention by Ferdinand Adolph Lange in 1867; in an advanced configuration developed by his son Richard, it was granted one of Germany’s first patents in 1877. Lange’s “one-second movement with a jumping hand” was implemented for the first time in a masterpiece built by his second son, Emil, Walter Lange’s grandfather.

Overall, more than 300 pocket watches with this function were crafted. Just like the 1815 “Homage to Walter Lange”, they were endowed with a separate seconds subdial. Buyers included the Leipzig Observatory, Grand Duke Adolph of Luxembourg, Ernst Abbe, the owner of Carl Zeiss in Jena, and the eccentric English watchmaker Sir John Bennett.

As a tribute to a very unusual individual who was dedicated to craftsmanship his entire life, the one-off piece is endowed with a black enamel dial that, with the traditional railway-track minute scale and the polished hands, is inspired by the design of historic pocket watches. The newly developed movement has a special calibre designation: L1924.

It re-fers to Walter Lange’s birth year. Additionally, the first three digits of the reference num-ber 297.078 recall his date of birth, 29 July.

The 40.5-millimetre case of the 1815 “Homage to Walter Lange” is made of stainless steel, a material that at A. Lange & Söhne has been reserved for only a very few exclusive and special timepieces. As well as this one-off watch, limited editions in yellow, white and pink gold will also be available.

The steel version will be auctioned off for a charitable purpose in 2018. Walter Lange, always noted for his philanthropy, would have approved.

View all the A. Lange & Sohne collections in Malta, only at Edwards Lowell.