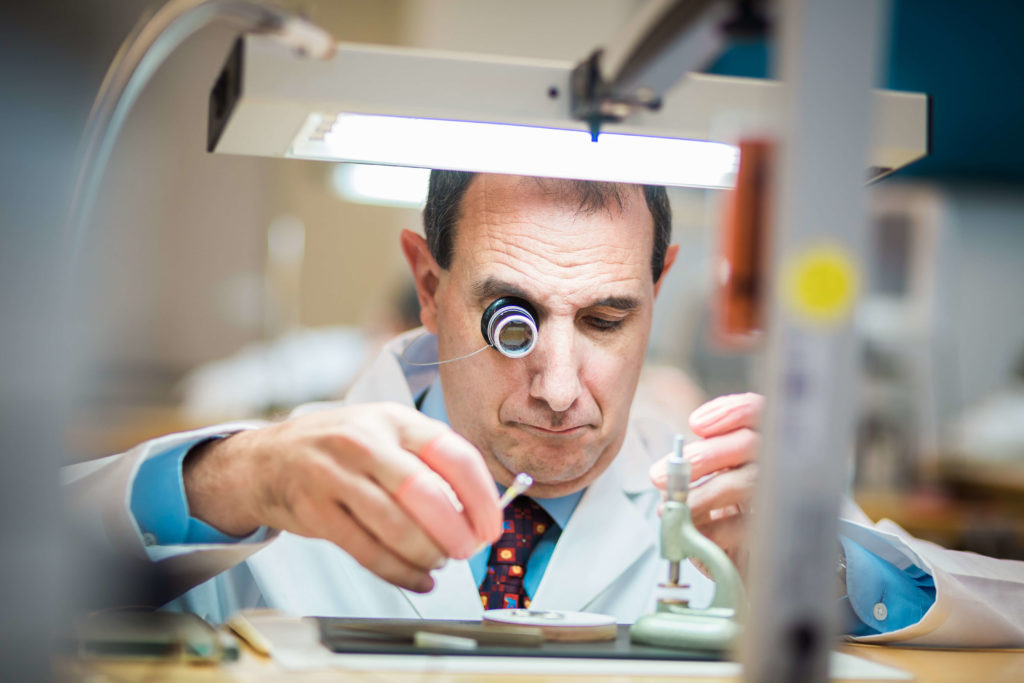 A. Lange & Söhne is a German luxury watch brand founded in Dresden, Saxony in 1845. It is one of the latest brands added to the Edwards Lowell portfolio, an exciting addition from the Richmonte Group. The Branch Manager of Edwards Lowell, St. Julians, recently embarked on a mission to become an expert of the historically-rich, artisanal watchmaker.

Roger Calleja has been working at Edwards Lowell for two and a half years, continually gaining more knowledge on each of the distinctive brands available in the boutiques. It was during the Autumn of last year and again this year, that he went to the headquarters of A Lange & Söhne in Glashutte to accelerate his know-how even further, and acquire true expertise status of the unique brand, which produces exclusively mechanical timepieces that are internationally recognised as some of the top watches on the market today.

Since working at Edwards Lowell, what have you learnt about the market for luxury goods?

Something that is very evident to me about the luxury goods market, is that the individuality of the person is much more pronounced. When a client is choosing a luxury product, they consider their choices much more, and opt for items that represent their character and tastes. This makes the item purchased much more unique, as it has a lot of meaning behind it.

The beauty of the luxury goods market, is not only the quality of the craftsmanship that goes into each piece, but also their timelessness. There is a degree of satisfaction knowing that you can pass on something so sentimental to the generations that follow, leaving a legacy to the people you hold dear. 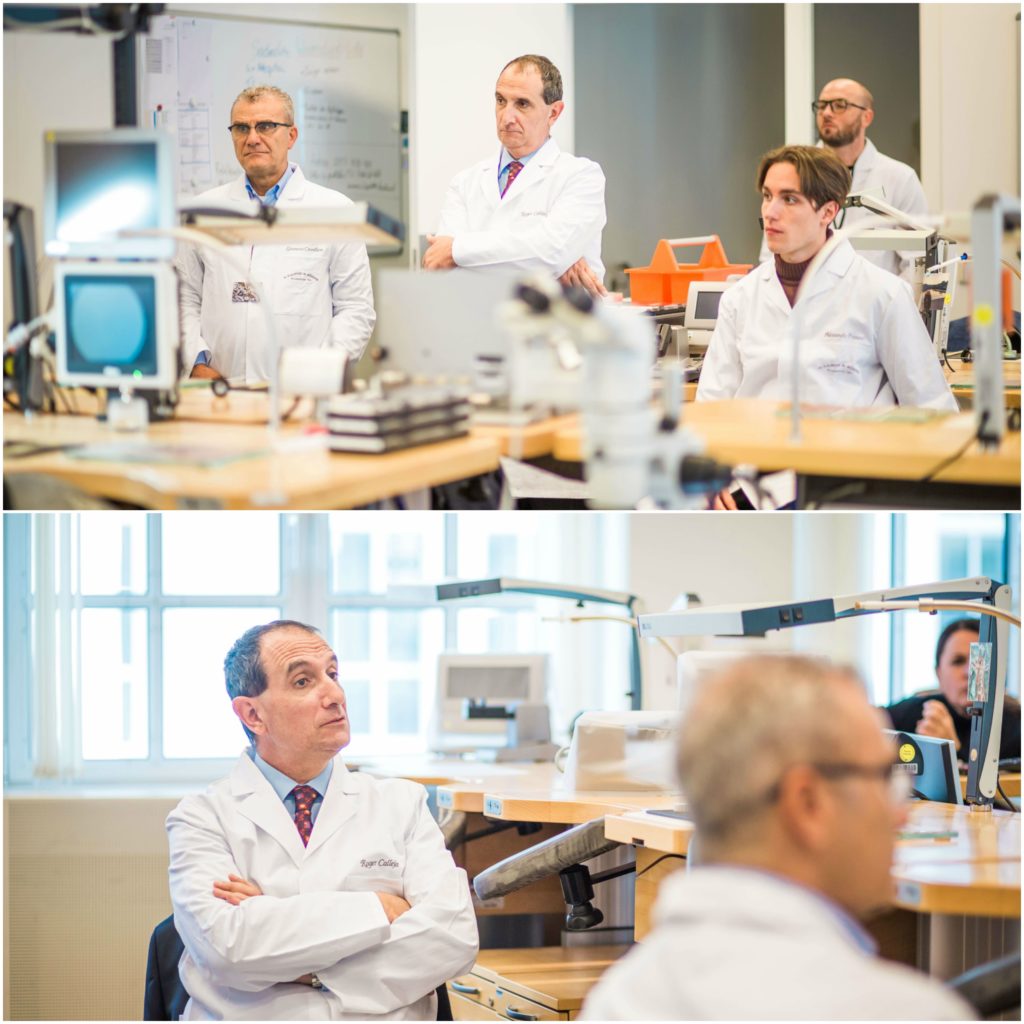 How did you become an expert of the brand?

There are two fundamental elements that you need to become an expert – knowledge and passion. You cannot have one without the other. The knowledge is something that I acquired, but the passion came from falling in love with the brand. I feel privileged to have been selected to attend courses held at A. Lange & Söhne.

The courses consisted of several modules, starting from the history of the brand, to the range of models available, technological advancements and patents particular to the brand, the craftsmanship involved, the attention to detail both in the mechanism of the watch as well as the finishing.

My visit to the factory is what brought all of those elements together. It was there that I saw the many individual stages that each watch goes through, from the shaping of the case right up to the final product assembly – creating a perfect timepiece. 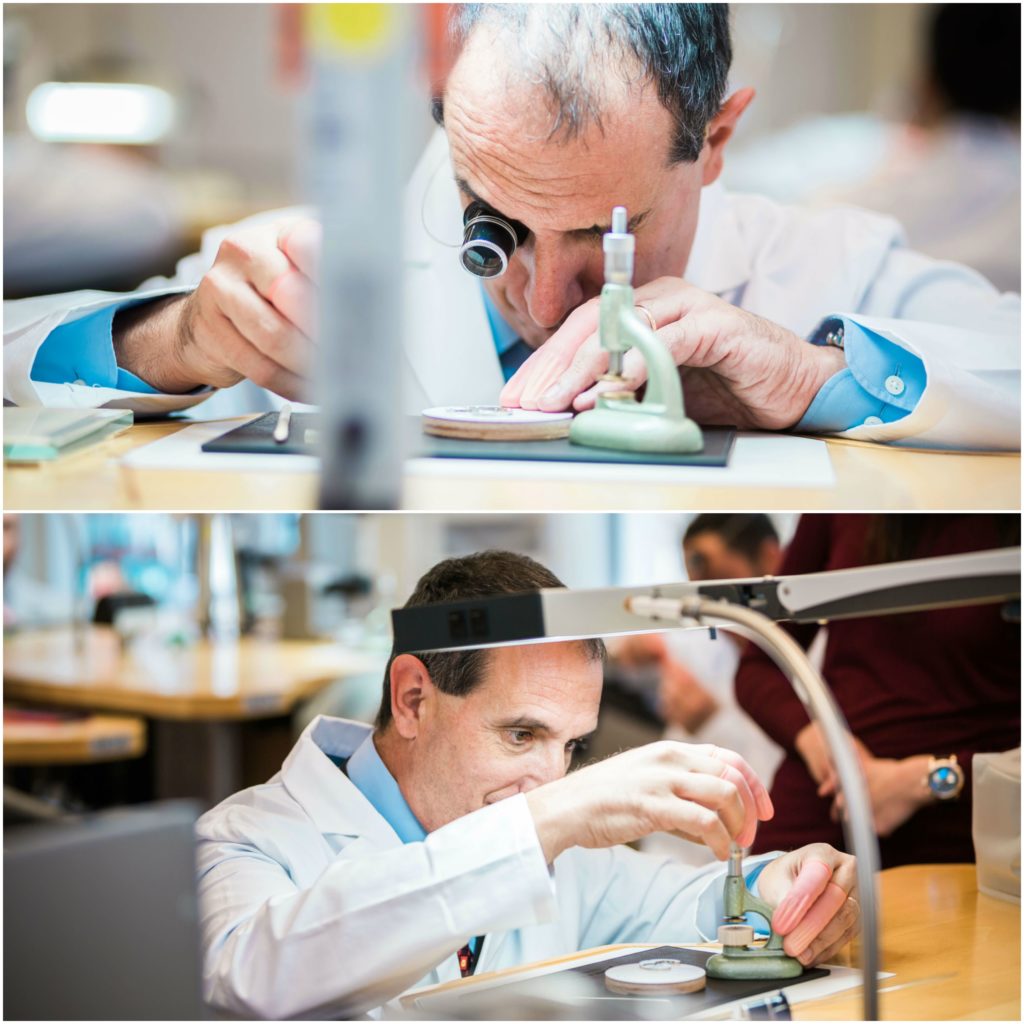 The brand itself has a rich history, entrenched in timeless watchmaking traditions. How do you think this is reflected in the pieces the brand manufactures?

The brand has a fascinating story. Established in 1845, it was eventually nationalised during world war II. The factory was completely destroyed during the war, even all the blue prints and drawings for the timepieces were lost too.

Years later, the great-grandson of Ferdinand Adolph Lange, the founder of the brand, decided to re-establish his family’s legacy and launched the company  again in 1990, soon after the fall of the Berlin Wall. 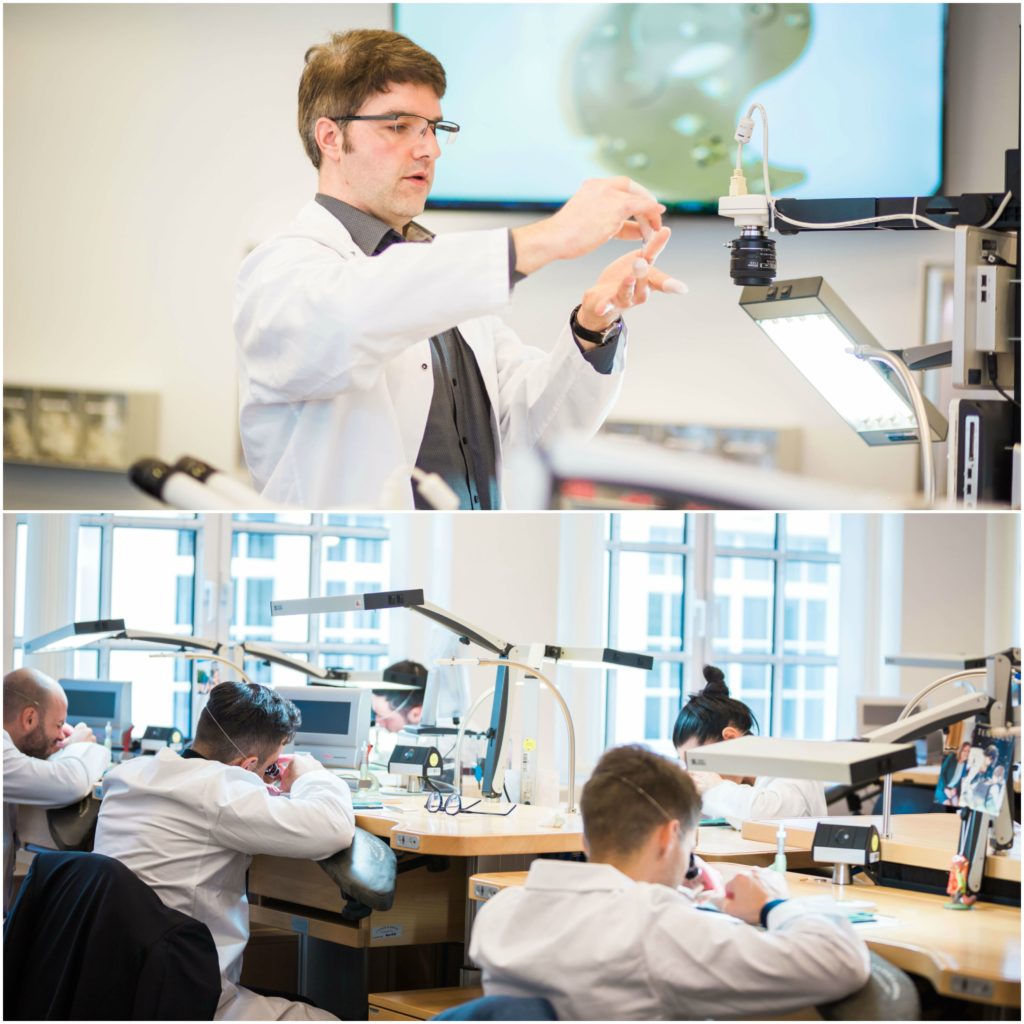 Originally, like most watchmakers of that period, A. Lange & Söhne specialised in the production of pocket watches. After the re-launch in the nineties, they managed to seamlessly merge the old traditions and techniques with an innovative approach whilst preserving important patents established by A. Lange & Söhne.

The brand itself is so rich in tradition, so much so that they have dedicated particular models to specific periods in their history, such as the ‘1815’ range – a tribute to the year the founder was born. The ‘outsize date’ is the most recognisable feature, synonymous with the brand, they copied this feature from the 5-minute clock A. Lange & Söhne had produced for the Semper Opera House in Dresden, a revolutionary clock with digital indication dating back to 1841.

The ‘Saxonia’ Range refers to the location of the headquarters. Saxony was originally a mining region where the authorities of the time encouraged new industries to become more active in the area.

How does A. Lange & Söhne fit into the Edwards Lowell portfolio of brands?

The addition of A. Lange & Söhne to the company portfolio makes perfect sense. Both A. Lange & Söhne and Edwards Lowell are passionate about quality, precision and luxury.  A. Lange was given the added title of & Söhne (meaning & sons). Both companies are still family-run to this date. 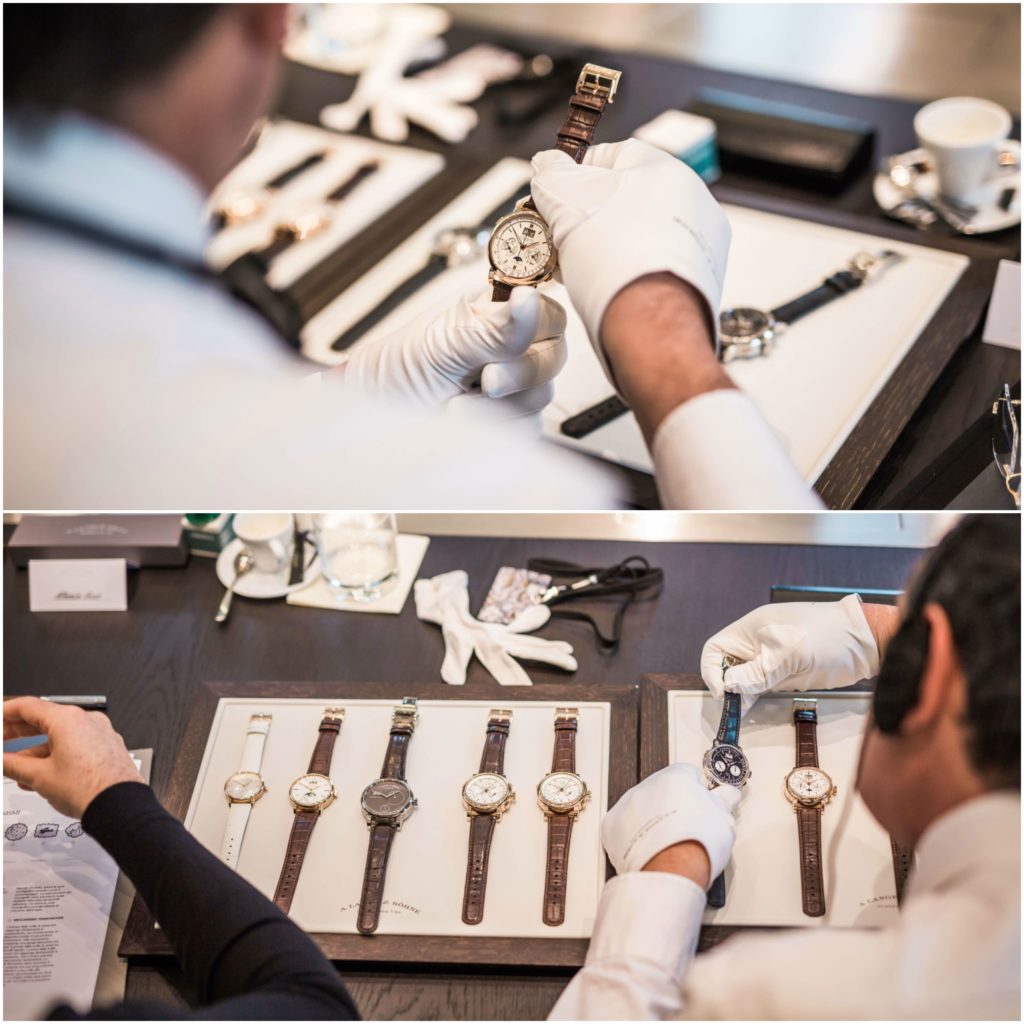 A. Lange & Söhne was acquired by the prestigious Richmonte group, despite being a fairly new brand, why do you think that is?

I am not at all surprised that Lange is part of the Richmonte group. Although Lange is a relatively new brand, it is seeped in tradition and still uses original methods to create their timepieces.

Although saying that, they manage to continually evolve and develop new techniques and concepts, the brand is always on-the-go and “never stands still”, a philosophy engrained into the brand by Walter Lange. 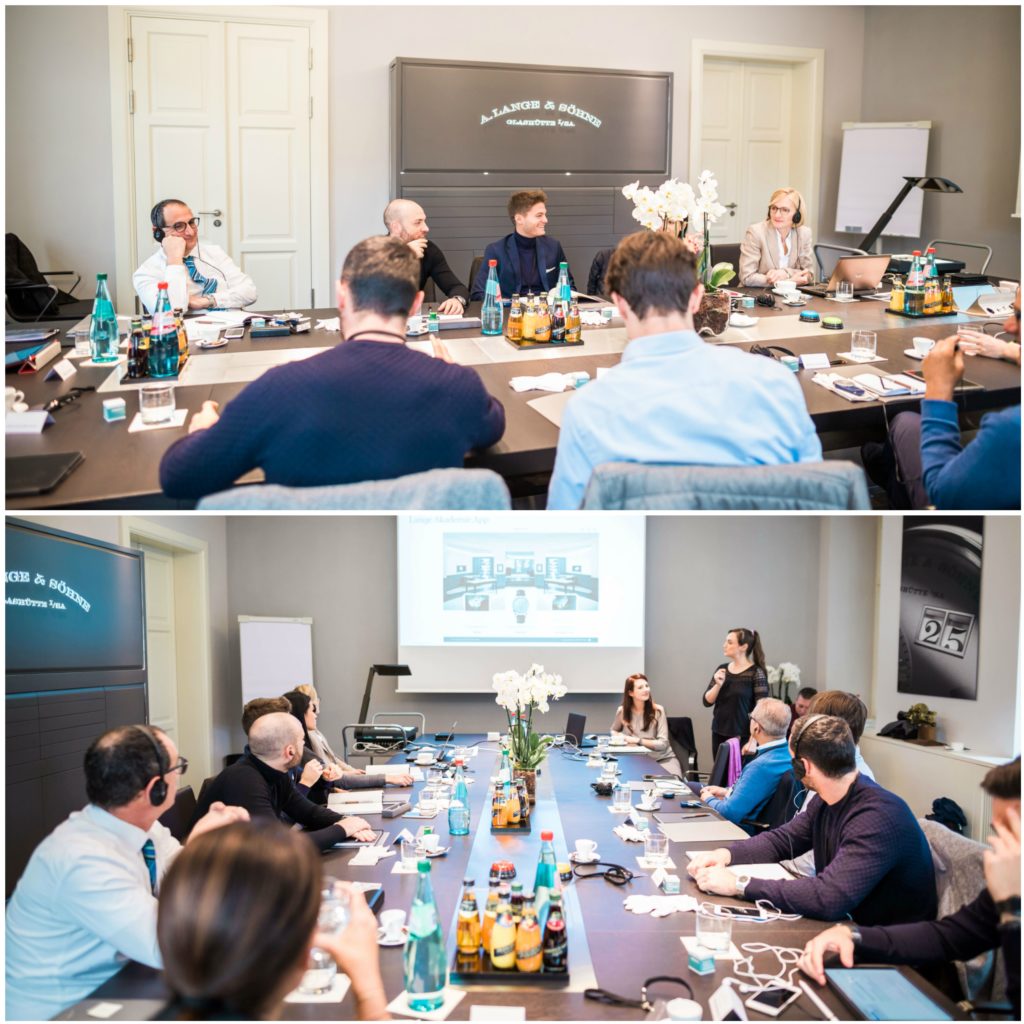 Walter put a lot of detail into the watches, one unique process is that each and every watch is assembled twice! It first goes through the different assembly processes, and then it is disassembled down to the last wheel – any imperfections, such as minor tarnishes during the assembly are corrected.

I’m sure it is this meticulous attitude which attracted the group to the brand. Lange traditions remains strong, they have always remained in their original location, not moving to Switzerland, unlike many other luxury watch brands. The new headquarters and manufacture were rebuilt in the brands’ hometown of Glashutte, outside Dresden.

What struck you most during your visit to the manufacturer?

What struck me the most was the attention to detail and the highly-skilled craftsmanship put into every watch. A. Lange & Söhne only produce watches in precious metals. The ‘three-quarter plate’, developed and patented by A. Lange & Söhne, hides a good part of the mechanism.

Despite this, even the parts that are hidden are highly-finished and polished. A. Lange & Söhne have 5 in-house engravers. The balance cock is hand engraved, each engraver has his own particular style or signature, which means that every watch is unique. A client can even choose to have his watch personalised by presenting his own design, name or initials engraved into the mechanism.

The sense of pride that all the employees at every level of the company carry is significant. You can tangibly feel this in every corner of the building. 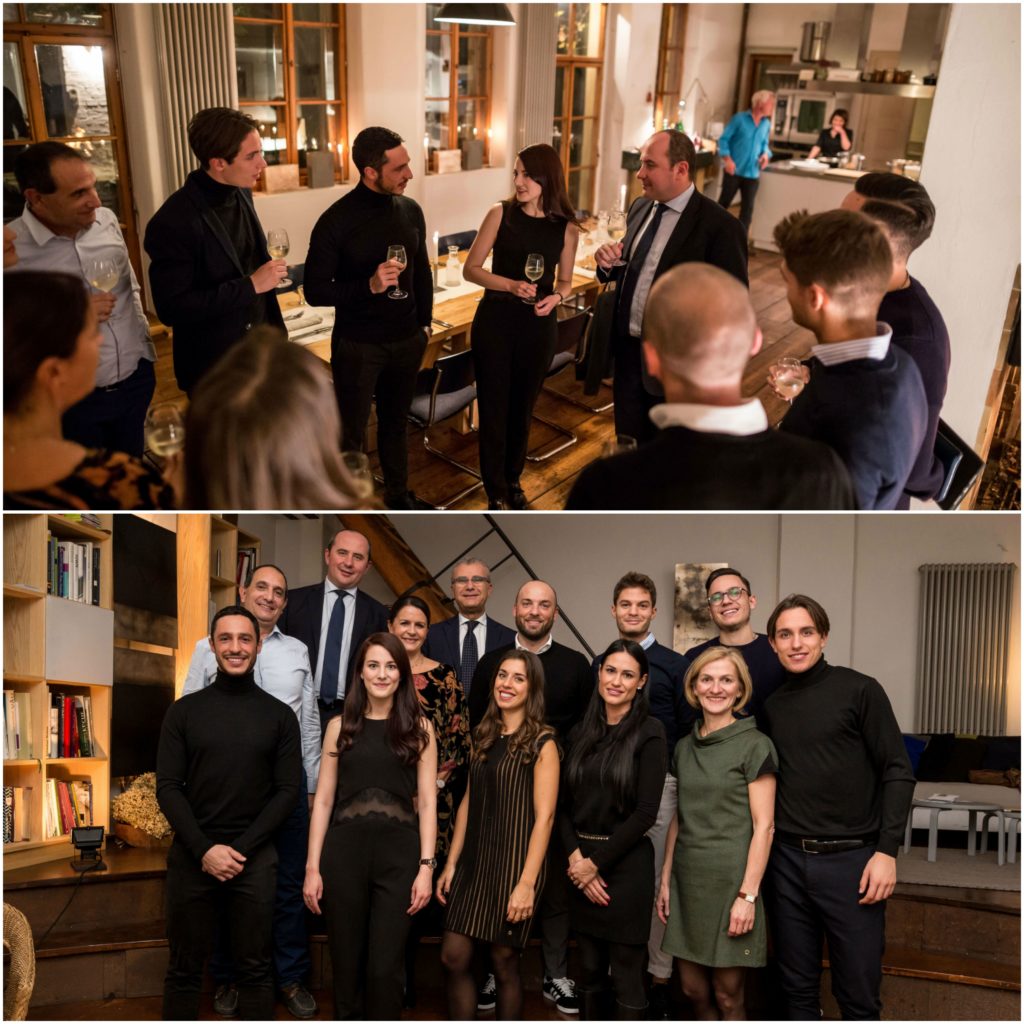 The ‘Lange 1’ is known in the watch world as the brands’ iconic masterpiece, why do you think that is?

The Lange 1 is certainly one of the “iconic” watches. A legend among Lange timepieces. It is easily distinguishable because of its outsize date, off-centre hour and minute dial and the up/down power reserve indicator. Equally outstanding is the ‘Zeitwerk’ which is the first mechanical wristwatch that displays the hours and minutes in jumping numerals. The face of this watch is a replica of the 5-minute clock at the Semper Opera House in Dresden.

In my opinion, the Richard Lange Tourbillion “Pour le Merite” is surely a masterpiece. It displays the hours, minutes and seconds in separate dials that form a triangle. It has 3 complications for greater accuracy, featuring fusee and chain transmission, the one-minute tourbillion and the patented ‘stop-second’ mechanism.

In the 27 years since Lange was reformed, the brand has established itself in the upper tiers of the watchmaking world. Despite facing many challenges along the way, the brand persevered due to the dedication and passion that  Walter Lange had for his great-grandfather’s legacy.

The decision to keep the manufacture and headquarters in the original birthplace of the brand, regardless of the fact that most other watch brands take the more common route towards Switzerland, is further proof of the true individuality of the brand.

Marching to the beat of their own drum, Lange has not followed the usual routes to global success by endorsing famous celebrities and sportsmen and women to represent the brand, in fact, it has gained global popularity on their own merit, by their use of impeccable craftsmanship and precision.

Roger’s expertise of the brand is a valuable asset to the Edwards Lowell team, as he can provide valuable insight and know-how to any prospective client who has a true passion for genuinely sophisticated timepieces, taking pride in owning an horological masterpiece. 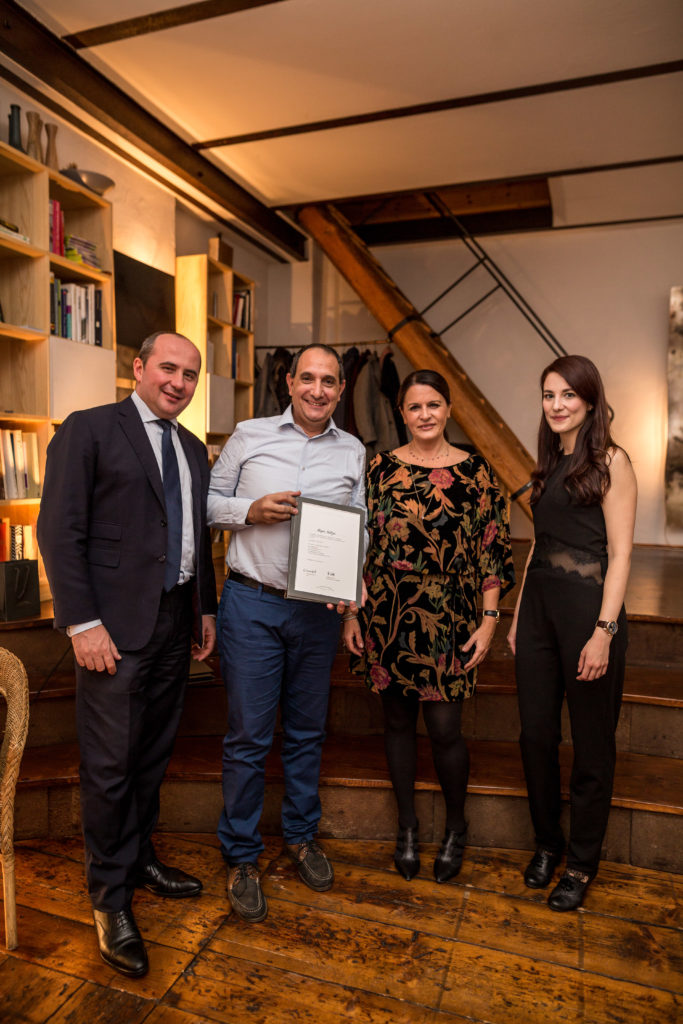 See our full range of A. Lange & Söhne watches in Malta.