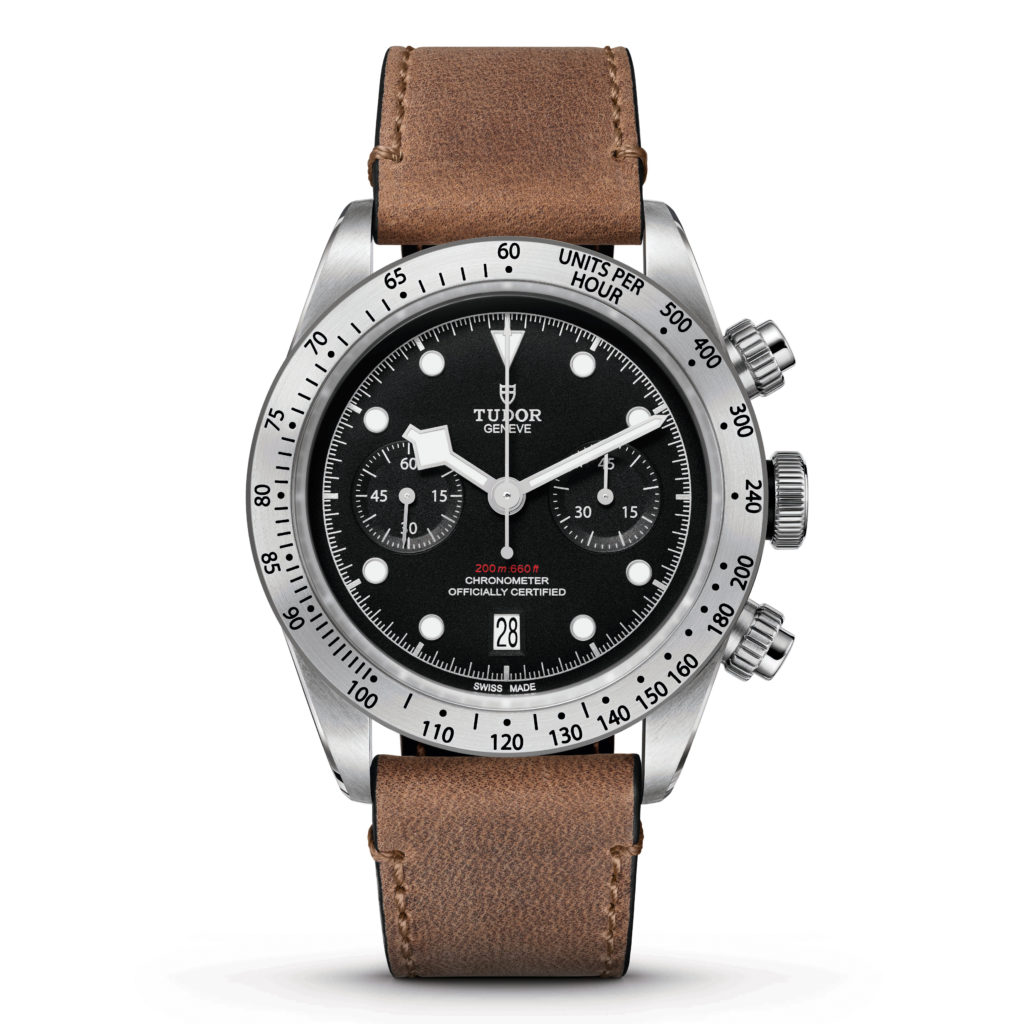 Since the presentation in 1970 of the Prince Oysterdate Chronograph, its first chronograph, TUDOR has always produced watches that are closely tied to the world of motorsports. In the same way, since 1954 TUDOR has been constantly improving its professional divers’ watches.

The Heritage Black Bay Chrono is powered by the high-performance Manufacture chronograph Calibre MT5813 complete with a 70-hour power reserve, a silicon balance spring and a certification by the Swiss Official Chronometer Testing Institute. Crafted in the purest watchmaking tradition, with column wheel mechanism and vertical clutch it remains in keeping with the TUDOR philosophy of quality.

The fabric strap is one of the signatures of the Heritage line, and TUDOR was one of the first watch brands to offer it. Woven on 19th century Jacquard looms by a 150-year-old family firm from the region of St-Etienne, its manufacturing quality and comfort on the wrist are unique.

The Heritage Black Bay Chrono model presents a complimentary navy-blue denim-style strap designed by TUDOR and woven by this craftsman. In addition to the complimentary denim-style strap that comes with every Heritage Black Bay Chrono, there is a choice of two bracelet designs. The first is a steel bracelet inspired by the folding riveted bracelets of the TUDOR watches produced in the 1950s and 1960s.

These were famous for having rivet heads for attaching the links, shown on the side of the bracelet. The links also had a distinct stepped construction. These two aesthetic details are integrated into this strap, which still presents a modern construction with solid links. The second is a leather strap in a rich brown, with folding clasp.

The origins of the Black Bay inspiration

TUDOR derived the characteristic aesthetic elements of the Heritage Black Bay Chrono model from its history. The overall shape, as well as the domed dial and crystal, come from the first TUDOR divers’ watches. The prominent winding crown is a feature of the famous reference 7924 from 1958. The first TUDOR watch to be waterproof to 200 metres (660 ft), known as the Big Crown.

Finally, the characteristic angular hands, known as snowflake, are typical of the watches delivered to the French Navy in the 1970s. 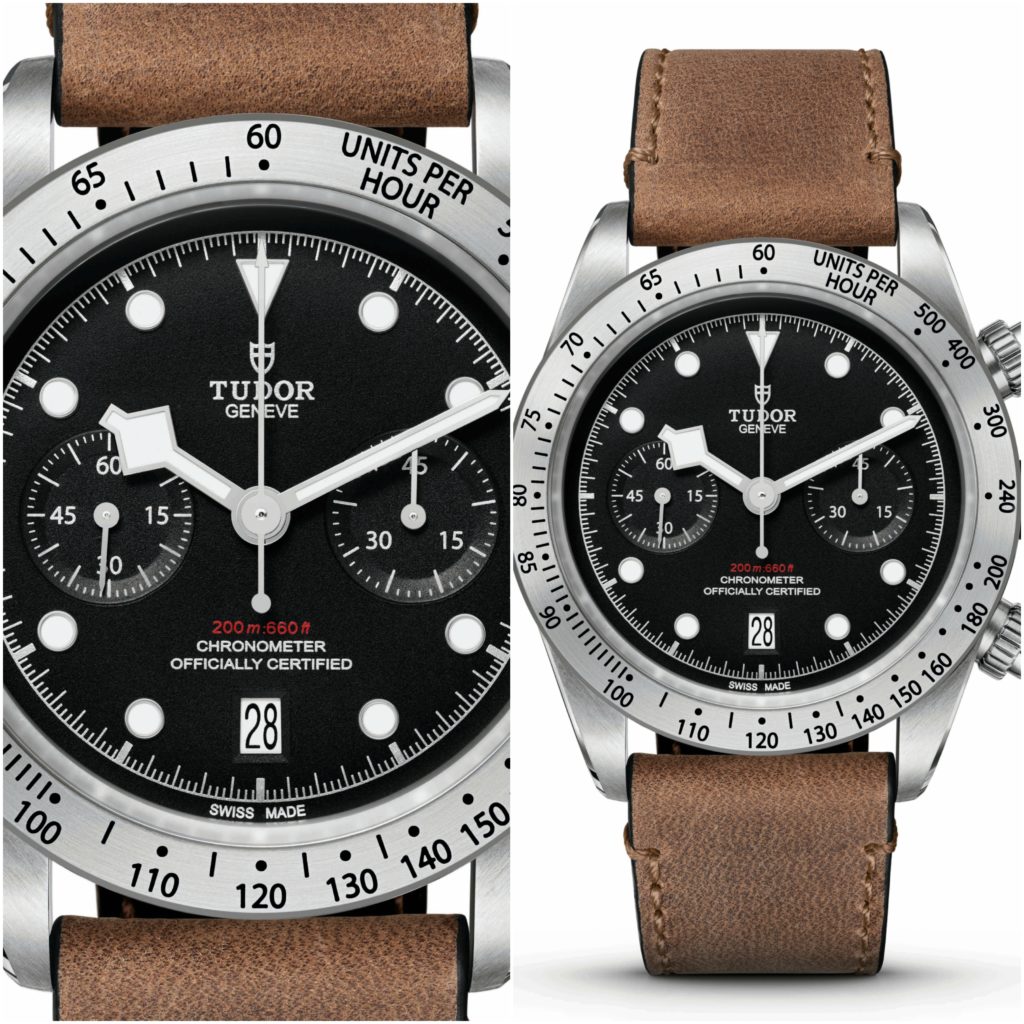 TUDOR is an award-winning Swiss made watch brand, offering mechanical watches with refined designs, proven reliability and unique value for money. The origins of TUDOR date back to 1926, when ‘The Tudor’ was first registered as a brand on behalf of the founder of Rolex, Hans Wilsdorf.

He created the Montres TUDOR SA Company in 1946 to offer watches with the quality and dependability of a Rolex, at a more accessible price point. Throughout their history, TUDOR watches have been chosen by the boldest adventurers and seasoned professionals alike.

Today, the TUDOR collection includes emblematic models such as Black Bay, Pelagos, Glamour or 1926. Since 2015, it has offered mechanical manufacture movements with many diverse functions.

The Grand Prix d’Horlogerie de Genève is a highlight of the watch industry calendar. With its award ceremony annually held since 2001 and attended by leading industry figures, high profile politicians and personalities, it has secured a truly international reputation.

In 2013, for its first participation, TUDOR had been awarded the “Revival” Prize for its famous Heritage Black Bay model. In 2015, Pelagos, the brand’s technical diving watch received the “Sports Watch” Prize and in 2016, the acclaimed Heritage Black Bay Bronze won the “Petite Aiguille” Prize.