A NAUTICAL MILESTONE / A RACE TO 40

Basking in the glow of the Mediterranean morning sun, guests of Edwards Lowell gathered at the remarkable Fort St Angelo in Birgu for one of the biggest events of the Maltese annual calendar – The start of the Rolex Middle Sea Race

This year marked a momentous year as the 40th edition of the race. Each year, the course begins as the boats depart from the Maltese islands and sail around Sicily including Lampedusa, Pantelleria, the Aegadian and Eolian islands finally making their way back to Malta in the hopes to make it in the quickest time. The voyage is a true feat of nautical skill, and not for the faint of heart! The boats must navigate through sometimes turbulent conditions, elevating the reward of taking part in this prestigious race. The breathtaking views along the way is a true sight, CNN stated that the Rolex Middle Sea Race “must be the most beautiful race course in the world. What other event has an active volcano as a mark of the course?”. 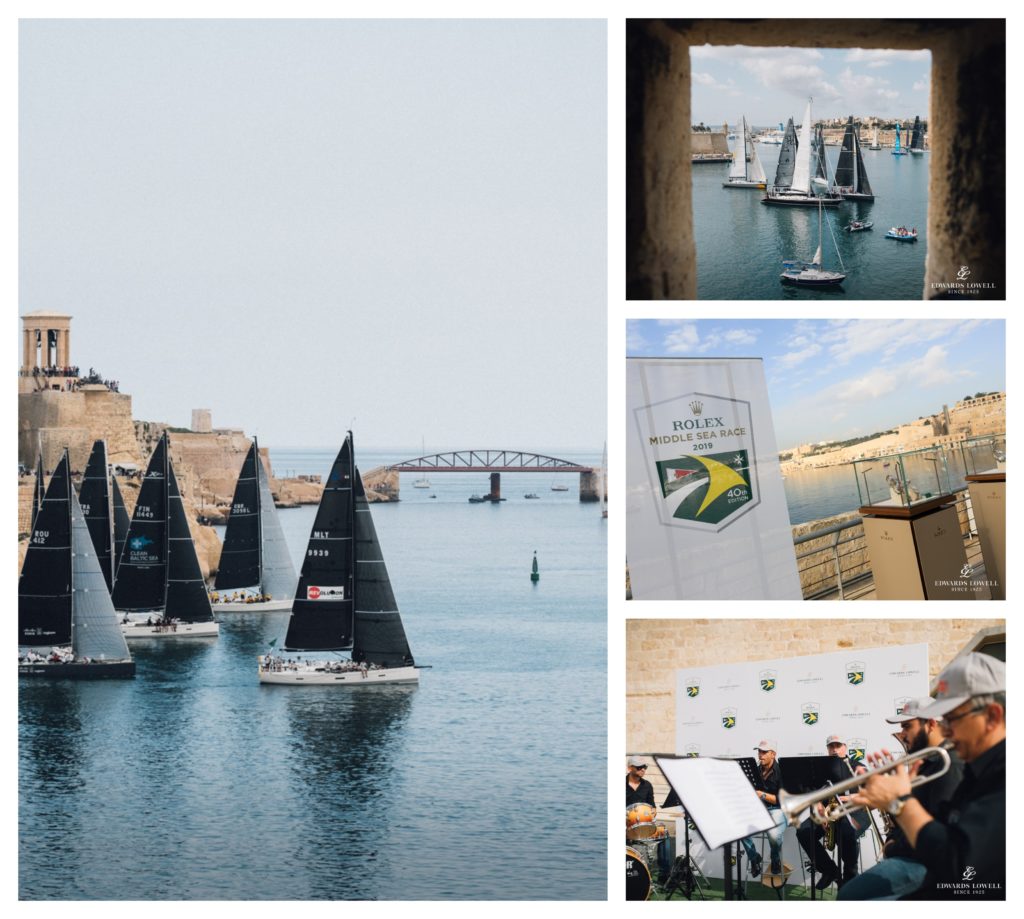 In honour of the 40th milestone, Edwards Lowell invited their most esteemed clients to enjoy panoramic views of the Grand Harbour and the surrounding cities. Once a strategic watchpoint, the fortress was transformed for guests to have the best view of the competing boats leaving the harbour. Fort St Angelo was built by the Knights of St. John over the ruins of a castle dating back to 12th century Norman times and has been used as a military vantage point throughout history, including the Great Siege of 1565. It is until only recently in 2016, that the site has been open to the public since its restoration. 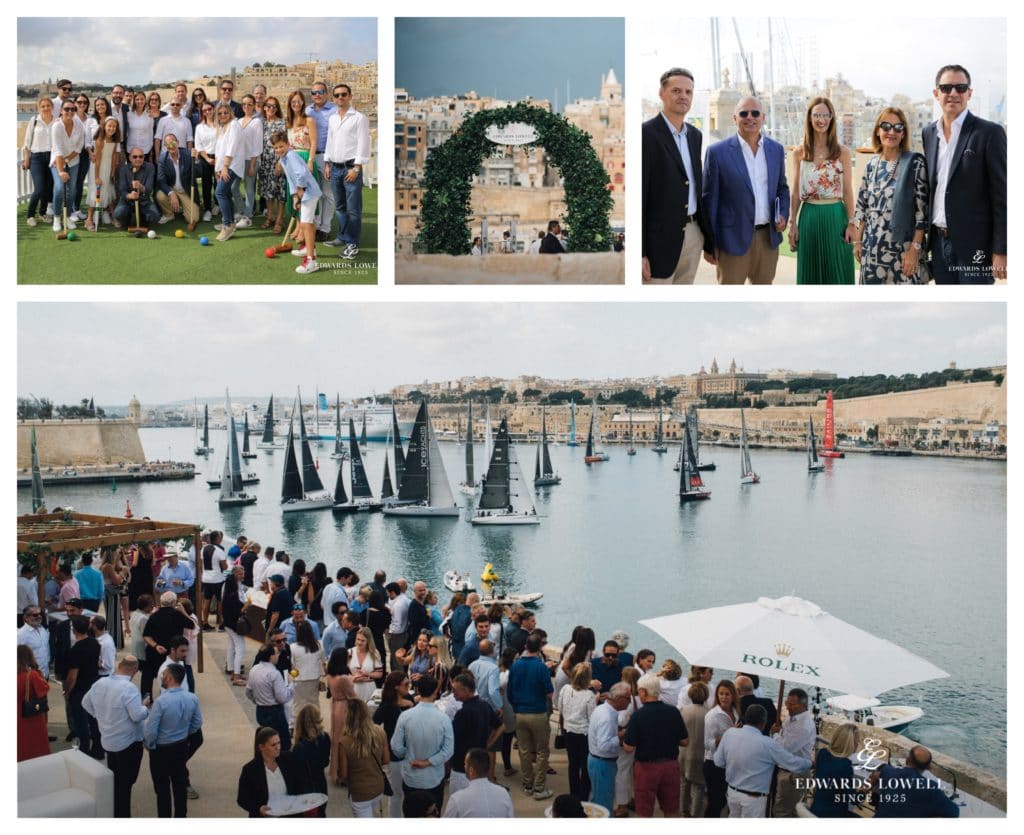 As guests entered the grand main gate and made their way up the timeworn steps, they were welcomed by the sounds of a traditional Maltese band, a staple of the island’s social and cultural heritage. A custom-made ivy archway ahead led the way into the event where a selection of tea, coffee and biscuits awaited the morning spectators.  Meanwhile, the nautical elite assembled below the bastions as the sleek yachts took their places to start the 606nm offshore course.

Throughout the day, miniature delights were served by Palazzo Parisio including finger sandwiches, delicate quiches and crowd-pleasing cherry cheesecakes all accompanied by the classic mid-morning tipple, Buck’s Fizz.

Each year the race grows worldwide in momentum, and this year is no exception. A sizable fleet of 113 yachts participated, representing 23 different countries around the globe. The challenges faced by the competitors are recognized, taking part in this world-renowned race is a huge accomplishment in the sailing community and beyond. It is a privilege for Edwards Lowell to associate with one of the most respected events in sailing society. Next year will mark the 20th year that Rolex will be involved in the race, a relationship proudly initiated by the Lowell family.

Watch the full live stream of the start of the Rolex Middle Sea Race 2019 with exclusive shots Fort St. Angelo and aerial views