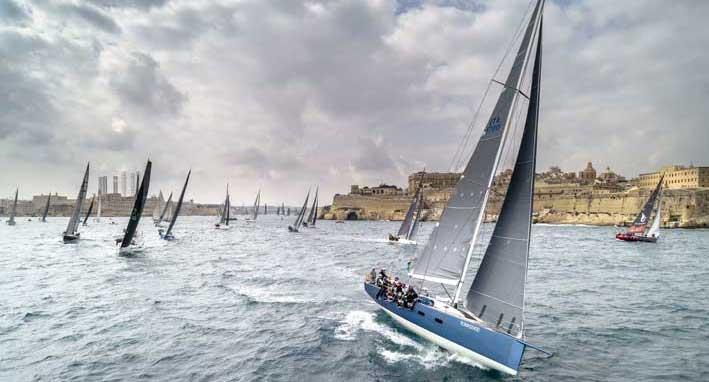 The 40th edition of the Rolex Middle Sea Race starts on Saturday, 19 October. First staged in 1968 and organized by the Royal Malta Yacht Club, Rolex has been the title sponsor since 2002.

The 606 nautical mile race, which starts from the Grand Harbour of Malta’s capital Valletta and takes in some of the Mediterranean’s most dramatic scenery, is always hugely popular. Last year, the 50th anniversary of the inaugural event drew a record fleet of 130. This year’s race has attracted another impressive entry of more than 100 international yachts. 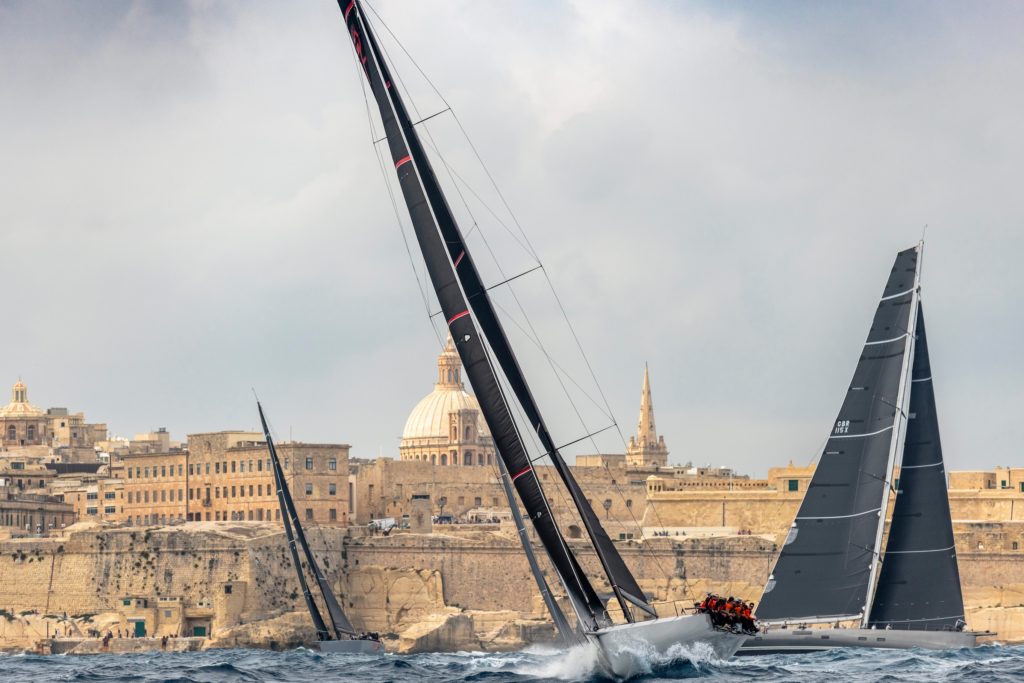 The Rolex Middle Sea Race is one of several bluewater classics Rolex has supported since the early 2000s, including the Rolex Fastnet Race and the Rolex Sydney Hobart Yacht Race. Each about 600 nm, they attract passionate Corinthian and professional sailors, ready to take on the unique challenges. The races are united through a partnership with the brand, whose commitment to ocean racing dates back more than half a century. 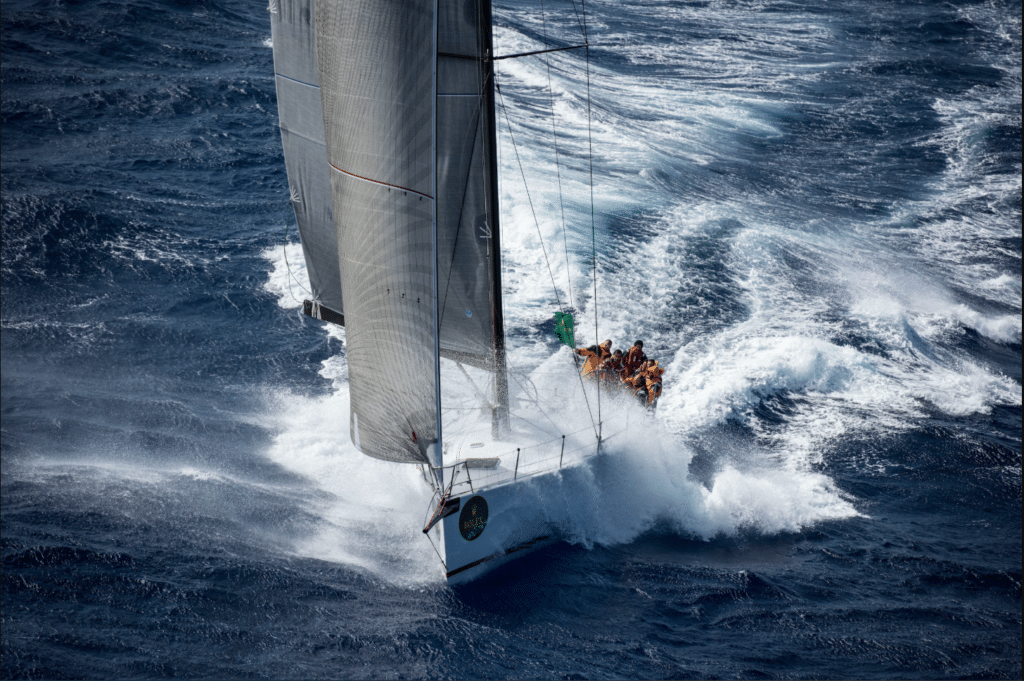 The October race date was originally chosen because of the potential for challenging conditions in this area of the Mediterranean at this time of year. At some point, a powerful weather system will test the abilities of all competitors.

Rolex Testimonee Robert Scheidt, a five-time Olympic medallist, took part in 2009: “We had really strong winds on one night; the heaviest sea I have ever faced in my career. It was really tough. Many boats had to retire because the second half was so rough. We were exhausted, but it felt great to finish.” 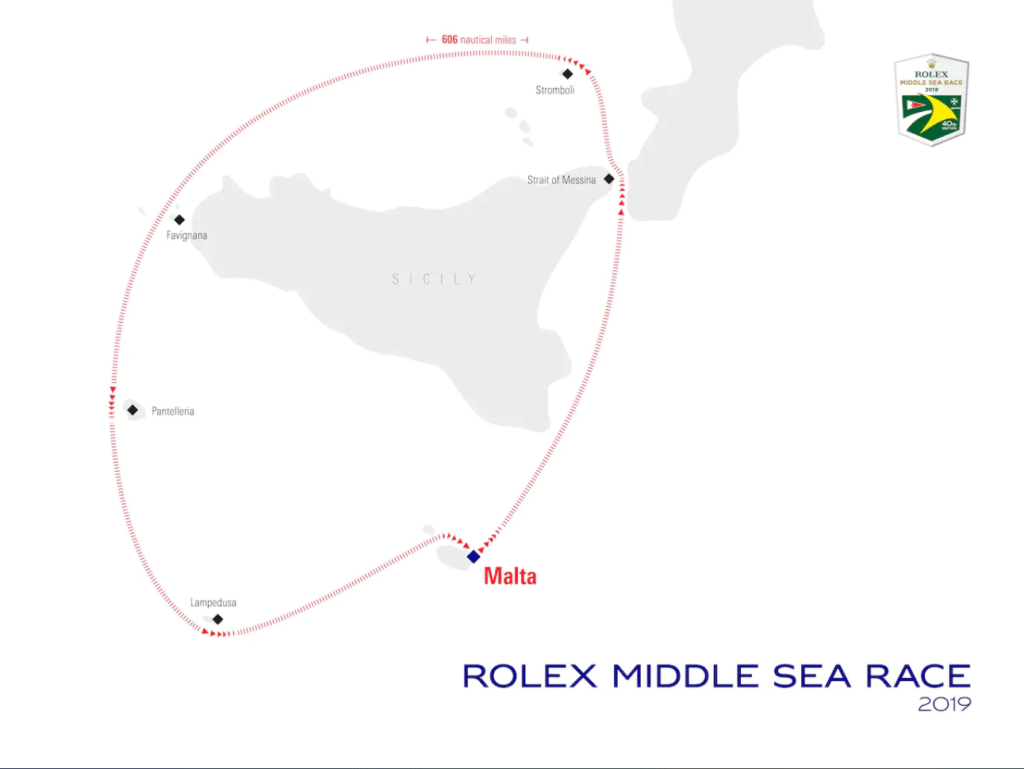 The complexity of the four-sided course, part of which tracks the eastern and northern coasts of Sicily before returning the fleet to Malta via the islands of Pantelleria and Lampedusa, means crews can also encounter benign conditions posing other difficulties. Reflecting this unpredictability, in almost 20 years of Rolex involvement, the race record has been bettered only once, despite the presence of highperforming, well-prepared yachts.

In 2007, American yachtsman George David made his race debut with his 27.43 metre (90 foot) Rambler. At the end of a storm-ridden race, in which only 17 yachts finished, David had swept the board, taking line honours and overall victory, and setting the current benchmark of 47 hours, 55 minutes and three seconds. 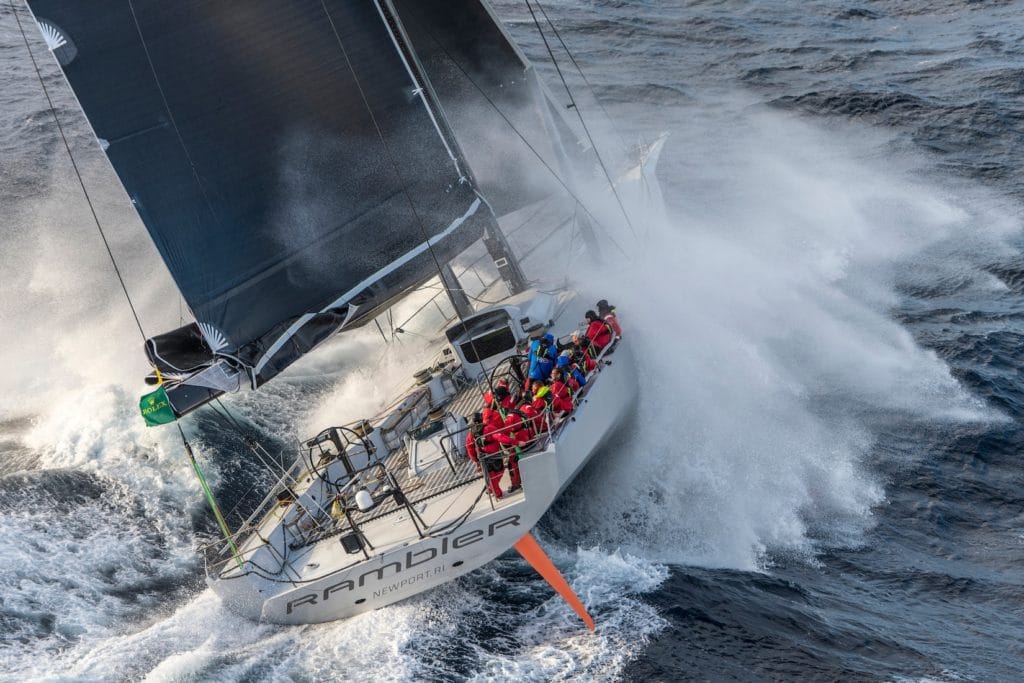 This year, David returns with his latest 27 m (88 ft) Rambler, the fastest boat in the fleet and with greater potential than the record-setting version. David is widely expected to achieve a fifth successive line-honours victory. The bigger question is whether he can improve upon the fastest time. A commanding performance at this year’s Rolex Fastnet Race, when the crew came within one hour, 16 minutes of the race record, suggests weather, not preparation or skill, will decide the outcome.

Another feature of the racecourse is its natural beauty. Two active volcanoes and scores of rugged islands combine with frequent contact with wildlife to create a special experience. The start resembles a film set, with the Grand Harbour in Malta echoing to cannon fire from Valletta’s Saluting Battery as the fleet is sent on its way. 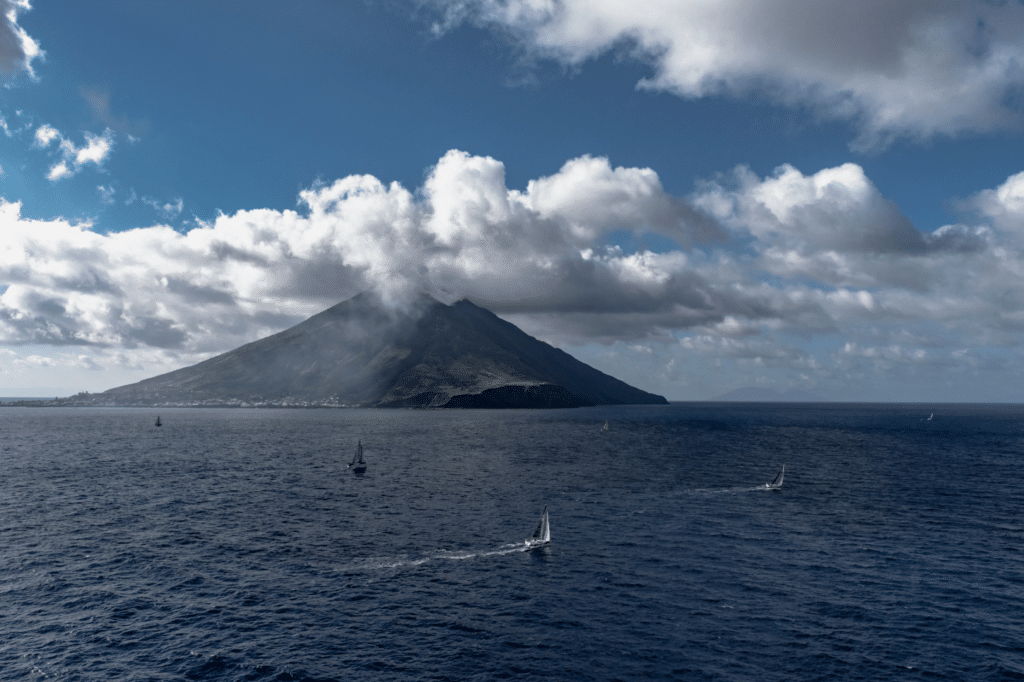 “The Rolex Middle Sea Race is the most beautiful race I have ever done,” adds Scheidt. “I remember passing Stromboli at midnight with the lava coming down. It was dark, but we could see the whole volcano. That image is one I’ll never forget.”

The challenge of the open sea is perpetual and the capacity of the Rolex Middle Sea Race to attract large fleets confirms an enduring enthusiasm for the race and sailing offshore. Rolex’s commitment to this element of the sport is long-standing and forward-looking. The brand’s strong partnerships with the clubs that organize these races provides abundant opportunities for those inspired to test themselves 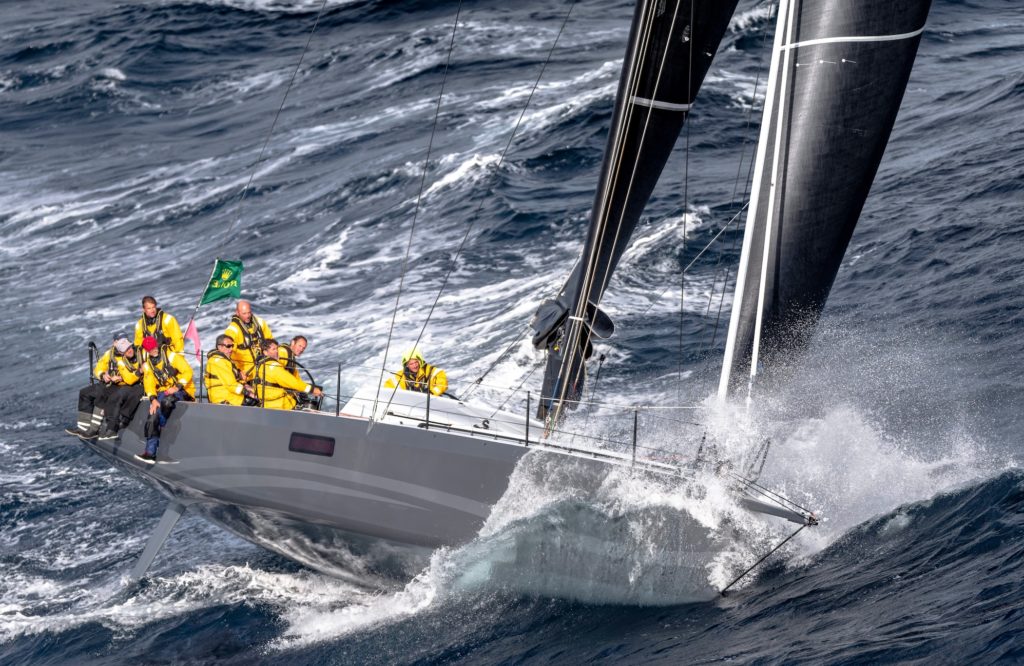 A NATURAL AND SUPPORTIVE PARTNER

Rolex has always associated with activities driven by passion, excellence, precision and team spirit. It naturally gravitated towards the elite world of yachting six decades ago and today supports the most prestigious clubs, races and regattas. The brand is Title Sponsor of 15 major international events – from leading offshore races, such as the annual Rolex Sydney Hobart Yacht Race, Rolex Middle Sea Race and the biennial Rolex Fastnet Race, to grand prix competition at the Rolex TP52 World Championship and spectacular gatherings at the Maxi Yacht Rolex Cup and the Rolex Swan Cup. It also supports the exciting new SailGP series, where national teams race in supercharged F50 catamarans on some of the world’s most famous harbours. Rolex’s partnerships with the likes of the Cruising Yacht Club of Australia, Royal Ocean Racing Club, Yacht Club Costa Smeralda, Royal Malta Yacht Club, New York Yacht Club and Royal Yacht Squadron are the foundation of its enduring relationship with this dynamic sport.

ABOUT ROLEX AN UNRIVALLED REPUTATION FOR QUALITY AND EXPERTISE

Rolex, a Swiss watch manufacture headquartered in Geneva, is recognized the world over for its expertise and the quality of its products. Its Oyster Perpetual and Cellini watches, all certified as Superlative Chronometers for their precision, performance and reliability, are symbols of excellence, elegance and prestige. The word “Perpetual” is inscribed on every Rolex Oyster. But more than just a word on a dial, it is a philosophy that embodies the company’s vision and values. Hans Wilsdorf, the founder of the company, instilled a notion of perpetual excellence that would drive the company forward. This led Rolex to pioneer the development of the wristwatch and numerous major watchmaking innovations, such as the Oyster, the first waterproof wristwatch, launched in 1926, and the Perpetual rotor self-winding mechanism, invented in 1931. Rolex has registered over 500 patents in the course of its history. A truly integrated and independent manufacturing company, Rolex designs, develops and produces in-house the essential components of its watches, from the casting of the gold alloys to the machining, crafting, assembly and finishing of the movement, case, dial and bracelet. Furthermore, Rolex is actively involved in supporting the arts and culture, sport and exploration, as well as those who are devising solutions to preserve the planet.