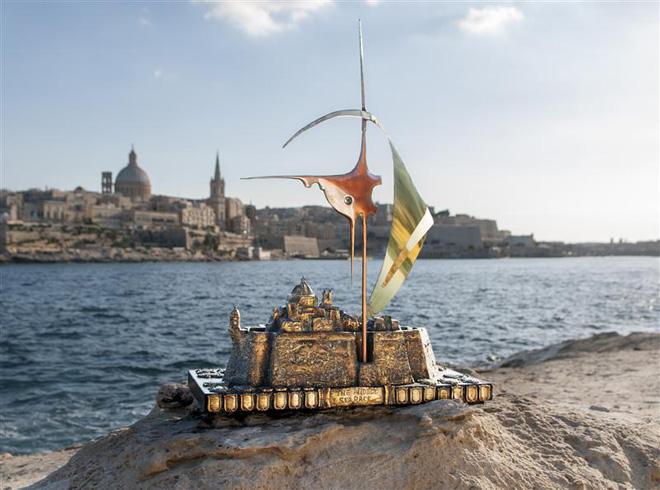 It was on Saturday 30th November 1968, yes half-a-century ago, that the Royal Malta Yacht Club in collaboration with the Royal Ocean Racing Club introduced a new race to its calendar of offshore sailing, the Middle Sea Race, which ever since have always presented a grand challenge and a sensational spirit of adventure to hundreds of talented skippers and passionate crew members.

Described as the ‘Mediterranean Sailing Everest’, the 606-nautical mile race which had only 8 boats on the start line in Marsamxett Harbour in it first edition grew in repute and numbers to mature into an offshore classic,  a must-do event where besides the confrontation with the elements, participants experience a course of unique charm which makes it a legend on the global yachting scene. The 2014 edition was a record year with 122 entries, a total number of participants foreseen to be further enhanced in this ‘50th Anniversary Edition’.

Over the past fifty years, save for a break between 1984 and 1995 the event has been held annually, where 38 editions were raced which produced 35 different winners from 10 odd countries. Italy won 17 editions with 15 different winners while Malta won it 7 times with 5 varied winners.  Third in the list of winners by country comes the USA with 4 wins while France, Germany and the United Kingdom won 2 editions each. Austria, Greece, Russia and South Africa inscribed their name once on the famous  trophy.

Truly a great honour to all winners, owners, skippers and crew members for having their names inscribed in the historic archives of this sensational Race – where Christian Ripard with Four Wins (1996, 2001, 2011 and 2014) is the skipper with the most number of victories followed by the Italian Nello Mazzaferro who skippered Nita IV to three consecutive wins in 1978, 1979 and 1980.

However, one item that remained unchanged throughout the years was the prestigious Trophy, proudly lifted by the various winners on occasions where the victors always receive more attention than the award itself.

Yes it is now 50 years since its inception and introduction yet some people still have bold memory of the actual story behind this distinguished trophy.

“In the 60s my father’s studio was on the top floor of our residence in Valletta. The light entering the studio came through an enormous window from the Grand Harbour side, rightly enough from where the concept of the Middle Sea Race trophy was inspired,”recalls Marco Cremona, son of the late Emvin Cremona who originated and clay-modelled the trophy.

In fact, Chevalier Cremona (1919-1987), acknowledged as one of the pioneers of modern art in Malta, was commissioned to produce the trophy by the Royal Malta Yacht Club and the Malta Government Tourist Board.

Four personalities who must have had a positive involvement in this assignment were Sir Maurice Dorman (1912-1993), then Commodore of the RMYC, and also Governor General of Malta, Colonel Godfrey  ‘Tabby’ Zammit Tabona (1916-1999) then Vice-Commodore of the club, Lt. Cdr. Terrance V. Lavarack (1914-1996), Chairman of the Race Committee, and John C. Polacco (1921-2005), then Chairman of the Malta Government Tourist Board.

Marco Cremona, today an established artist himself, known for his exclusive style of combining the arts of sculpture and painting in many of his production, recalls:

“My interest was discernible since my childhood. I do not just remember the trophy being done but I actually helped in the clay-modelling. My father invited me to give a helping hand which I accepted with enthusiasm… a memory I still cherish.”

Once Chevalier Cremona finalised the model, it was passed on to the Francis Abela and Sons foundry, a firm established in 1890.

Paul Abela, today 82 years old, who together with his brothers under the guidance of their father Francis (1908-1983) handled the job then, still have memories of the process adopted.

“The original model was produced in wax. It was later encased and covered with a suitable material to produce a void later filled with melted bronze to produce a faithful copy of the original.

It was then touched up to the artist’s satisfaction and approval.

The sails in the trophy were cut out and formed by hand out of brass sheet.”

In 1995, the trophy was returned to the Ħamrun foundry to be refurbished and restored while since its introduction Messrs Abela engrave the names of winners every year.

“What makes this Trophy so unique is that it has served to impress and remind all that have received it, as well as the hundreds of internationally renowned sailors who have competed for it during the last half century, that the race starts in Malta in what is arguably the most beautiful natural Harbour in the Mediterranean – Our Grand Harbour!” remarked John Ripard, current Honorary President of the Royal Malta Yacht Club and winner of the First Edition of the Middle Sea Race 50 years ago. John Ripard also won the Third Edition of the Event in 1970

Certainly, a pleasant recollection of a memorable occurrence from the past – for there would not have been today if there was no yesterday…….and tomorrow the future generations of yachtsmen will look with respect upon the story of the event and with admiration upon its imposing winning trophy.