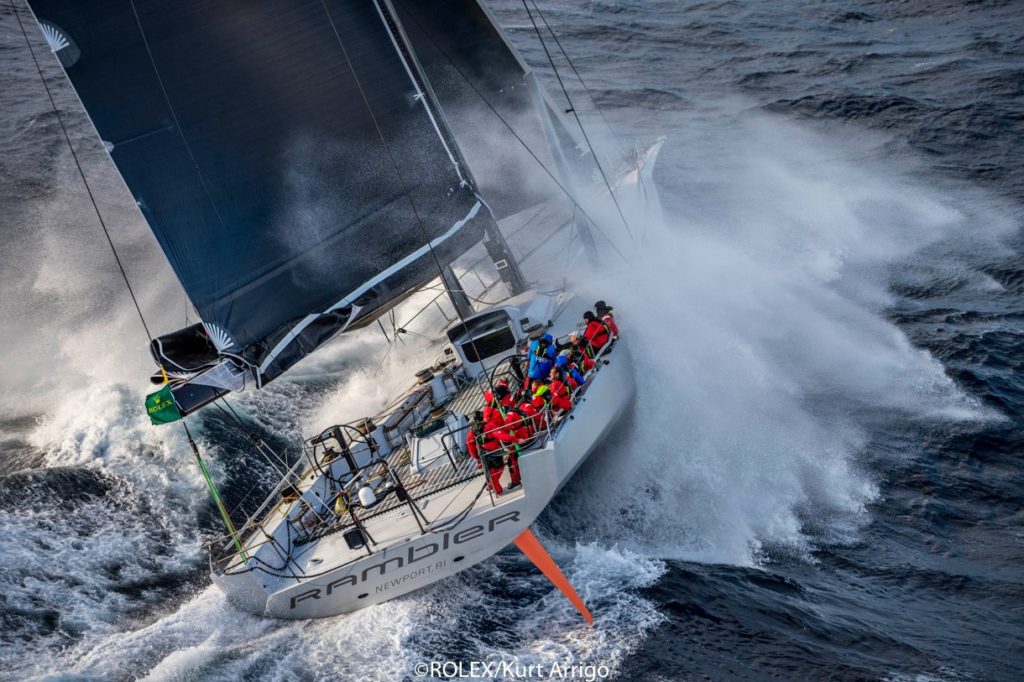 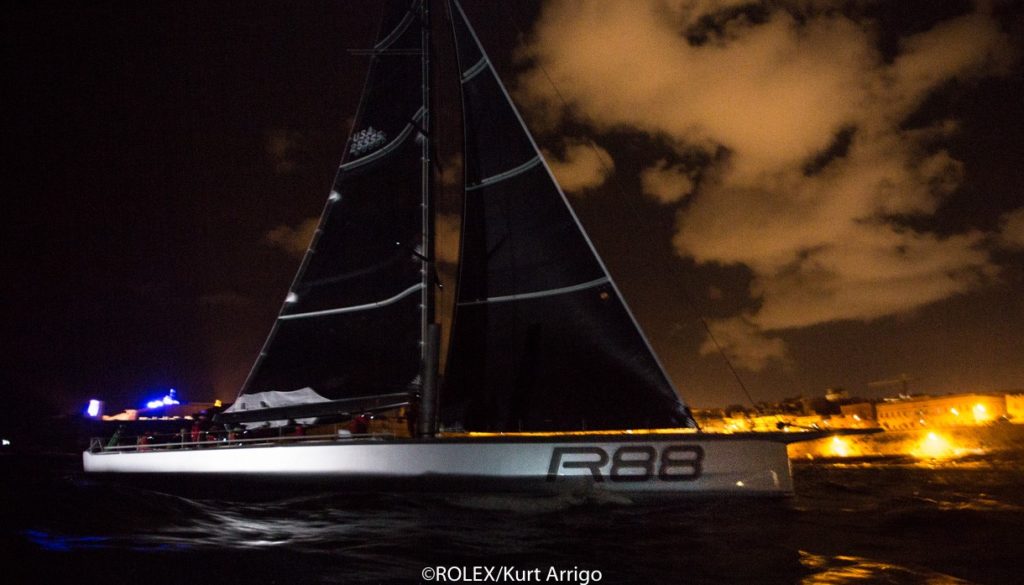 This was the third consecutive year that Rambler 88 has taken Monohull Line Honours in the race. The ten year old record set by George David in a previous Rambler still stands, after the fleet experienced light winds for the first 30 hours of the race. By contrast, the gale force conditions which crossed the course early Sunday morning produced an epic run for Rambler 88 over the second half of the course; the 88ft canting keel Maxi covered 300 miles in just 14 hours.

“The Mistral conditions reminded me of 2007 in Rambler 90 when we set the record, but then it blew even harder maybe 50 knots. This time we saw 40 but mainly mid-30s. In those conditions it is a little hard to see, it is exciting and very wet, especially when you turn a corner, and you are sideways to the waves. It was a really wet race, and when we had the pedal down we were into the 30s for boat speed.

It is nice to get home first, but we race this boat for a corrected time win as well. You can never tell until the last boat is in, so we will have to wait and see.” 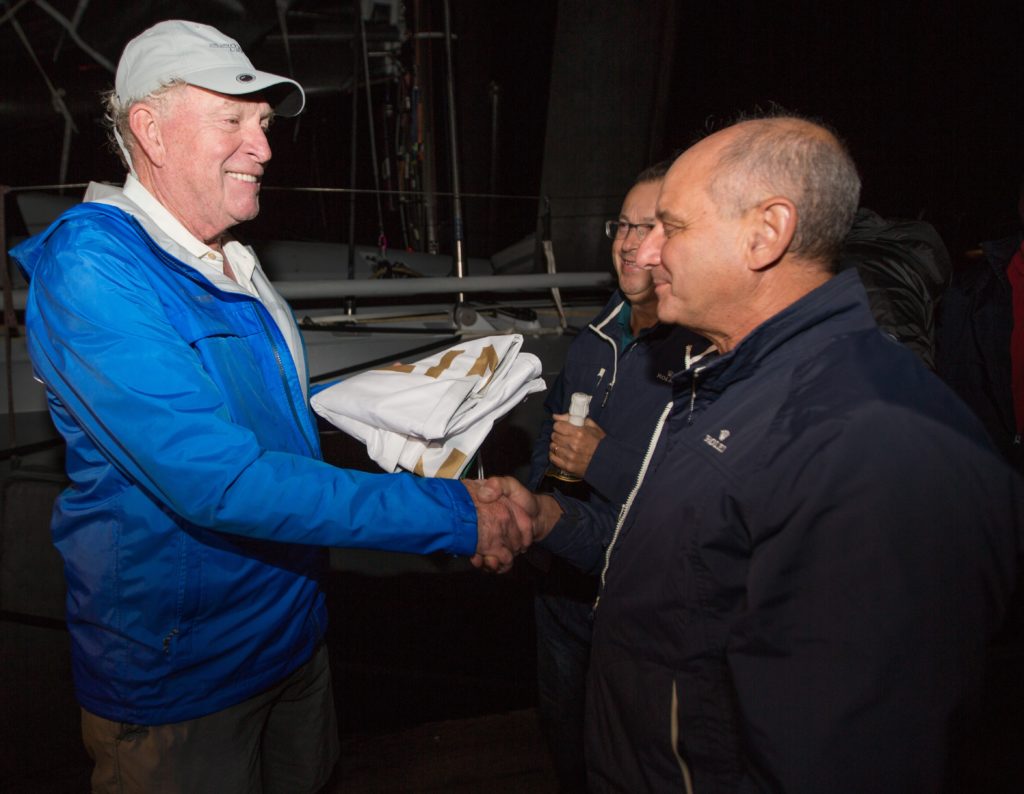